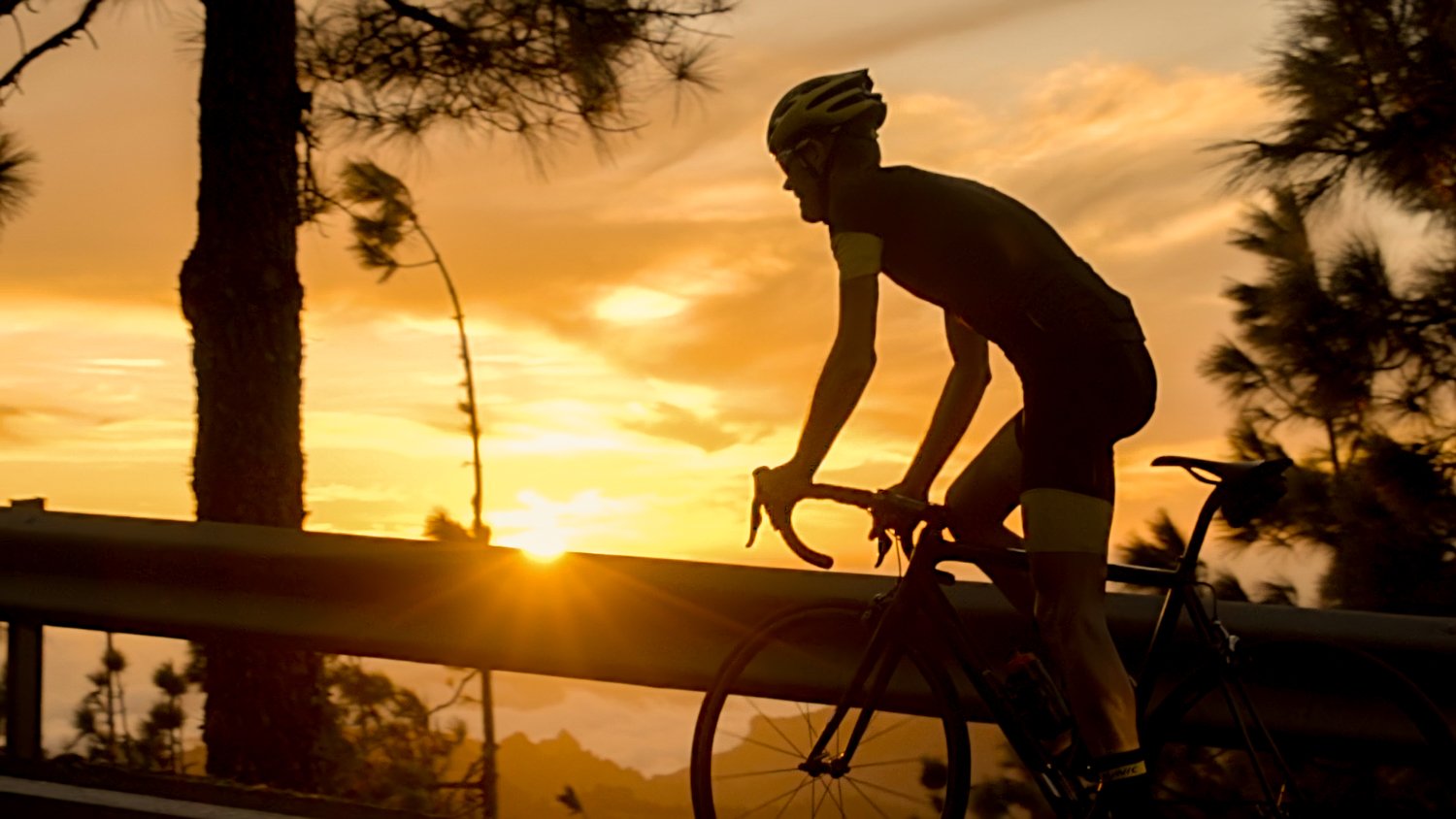 Only 100 kilometers west of Morocco, Gran Canaria is often overlooked in favor of its big brother Tenerife, but dig a little deeper and you soon discover an island of diversity, wonder and pure magnificence. From golden sand dunes and endless beaches in the south to a complete diversity of landscapes, vegetation, intricate roads and breath taking views across the island. I first visited back in the late 90’s and immediately felt something special. The smell of pine and eucalyptus still brings back vivid memories of exploring every nook as a young pup on the bike, but don’t for a moment drop your guard. This is a hard island, one for the climbers and grinders for sure, so let’s get this party started!

Although there are a multitude of routes up to Pico de las Nieves, the highest point on the island, many base themselves in and around Maspalomas. This is where it’s the sunniest so perfect for post ride recovery although (confession time) I’ve only had a fleeting glance at the beach in all my visits, my eyes are normally firmly fixed on the big peaks to the north.

Often a climb in excess of 40km can be a daunting prospect. The trick here is to think of it as a journey, breaking it down into smaller sections. In that respect the climb up to Pico, (starting on the GC60) is kind, often giving you a short descent just when you need it to recover and enjoy the view. Use all of these opportunities wisely as no sooner have you had a breather then BOOM(!) the gradient kicks back in and it’s time to find your rhythm for another round of switchbacks.

With around 11km to go you hook a sharp right hander at Ayacata to join the GC600. If you (or your bike) need a break then take five at one of many Free Motion Bike Stops on the island. You’re about to hit the hardest part of the climb as the gradient cruelly bites at your quads and calves like a wild dog (which in percentages translates to 15 on the wild dog bite-o-meter! Woof-woof!) It’s at this point that you really need to dig deep, the island’s most significant landmark is just around the corner and what a marvel it is. A 90 meter high monolith of volcanic rock formed over 4.5 million years ago, Roque Nublo (Rock in the Clouds) once served as a holy monument, a pillar of heaven and a ritual place for natives to sacrifice to the sun-god……and if that wasn’t enough it looks freakin’ cool so try not to pass out before this point 😉

As Pico’s dome shaped radar comes into view you’ve now got another landmark to lock your superman eye lasers onto all the way to the top. Suddenly, today, it turned into a race against the sun. Second confession of the ride, I spent waaaay too long gawping at the views on the way up that time was slipping on by un-noticed. Don’t make the same mistake if you have to get all the way back down as well!

So my lack of time keeping actually worked in our favour. They say that Africa has the best sunsets in all of the world and being so close to the continent I’m not going to argue with that. As I climbed above the clouds and rounded the final bend up to 1,949 meters altitude the rich glow of the final light of the day reminded me exactly why I ride a bike. Silhouetted mountain peaks and Tenerife’s Mount Teide at peace in the distance. What a phenomenal ride, one that I will cherish for life.