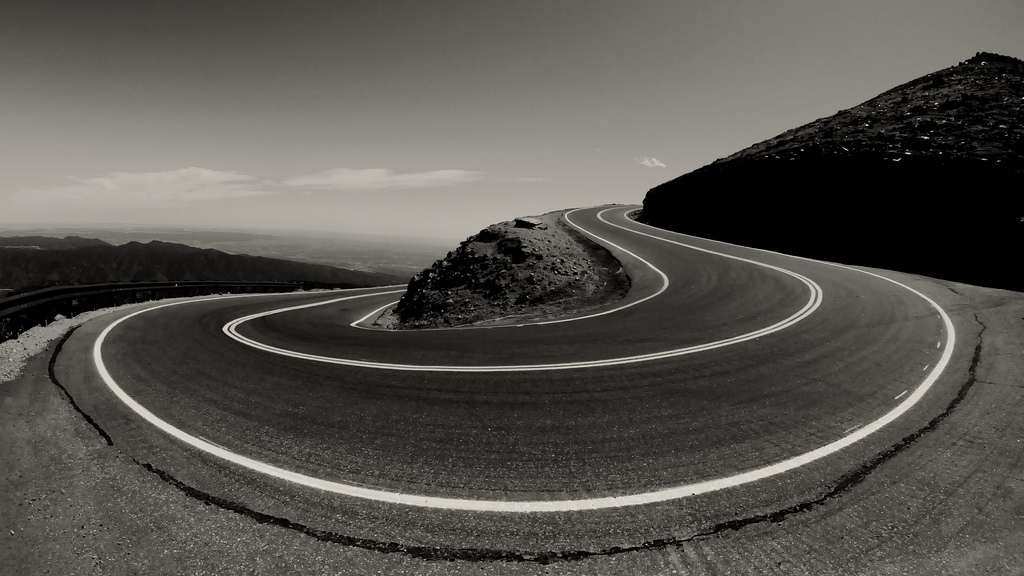 I’d been captivated and intrigued by Pikes Peak ever since I saw legendary Manx TT racer Guy Martin thrash his motorbike up to its 14,115ft / 4,302m summit to win the International Pikes Peak Hill Climb a few years back. The fact that his bike was coughing and spluttering due to the lack of oxygen meant that I knew it was going to be a challenge, and one that I hadn’t faced before at this kind of altitude.

Starting from the Pikes Peak Gateway you’re just a few meters lower in elevation than the top of the Stelvio, and that’s even before you get going! Winding your way deeper into the Pike National Forest the spectacle of the mountain starts to unfold before your eyes. Crystal Reservoir gives a moment of respite before the road pitches up once more and you join the Hill Climb course, and the 156 bends that lie ahead from here to the summit. The gradient may only average 6.5% but that’s not what this climb is all about. The oxygen starved atmosphere makes the going much harder. Pacing is crucial, as is staying well fuelled and hydrated over its 19 miles (30.5km).

It’s crazy to think that this road has only been open to cyclists since 2013. It’s a sensory overload from start to finish, definitely one of the best climbs in North America and, if the truth be known, I’d say it’s one of the best in the world.