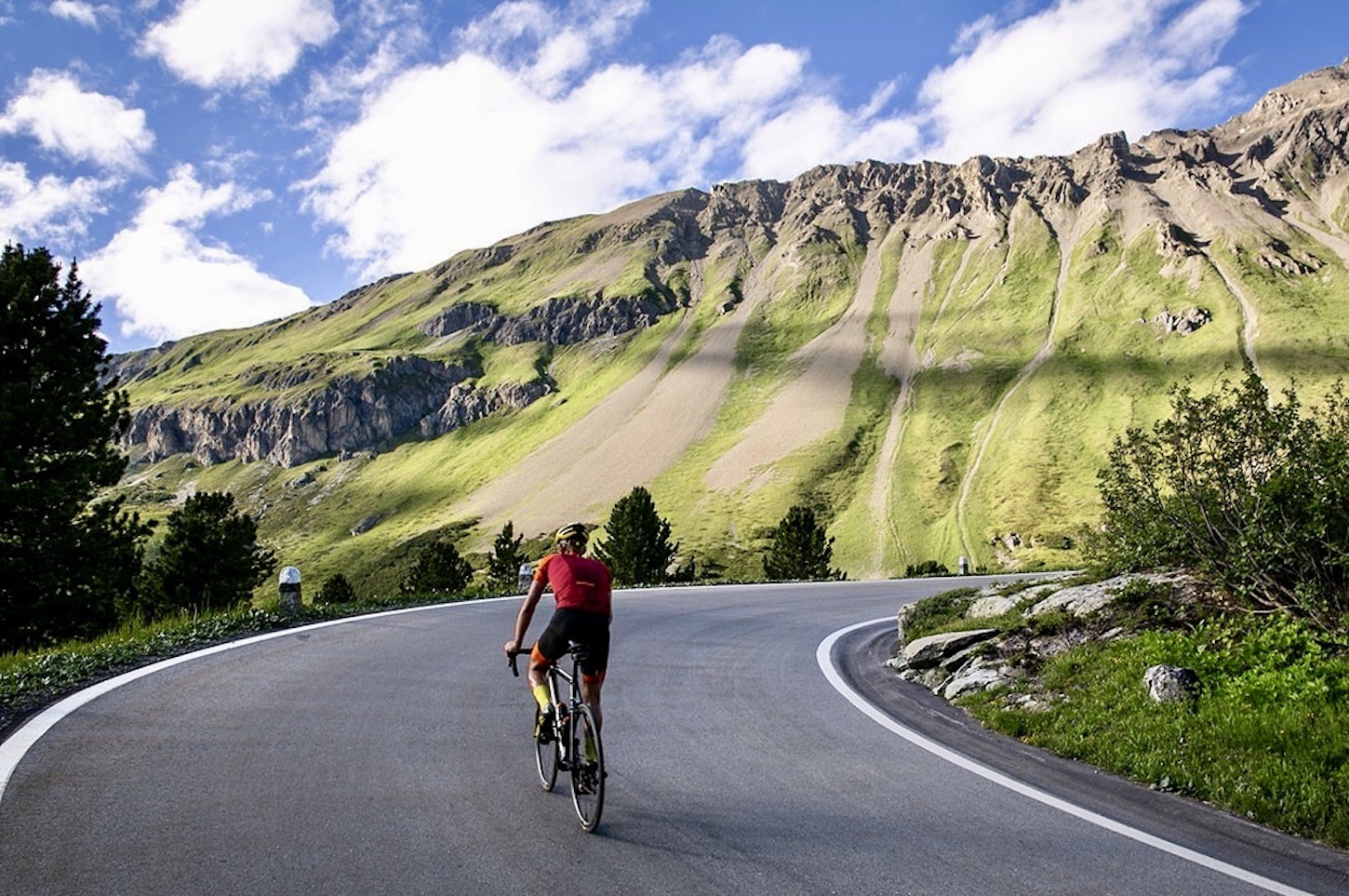 We’ve had the pleasure of visiting Switzerland a few times now and the Swiss Alps are certainly a must for any avid mountain loving cyclist. Vast dramatic landscapes, dotted with chocolate box chalets make the climbs spectacular and breathtaking in every sense. Today we’re in the Graubünden region exploring some of the bigger Swiss peaks and, being a regular feature in the Tour de Suisse, the Albula Pass was one we just had to ride. The 9 day stage race is held in June and coupled with the Critérium du Dauphiné are considered the two ‘proving ground’ races ahead of the Tour de France. So, naturally they are a chance for the climbers and GC contenders to start to shine. Switzerland’s groomed scenery is often described as picture postcard and, in all honesty, the Albula is no exception. In fact we’d go so far as to say it’s about as idyllic as they come.

As with many climbs in this region it’s long, but the gradient is kind enough to allow you to enjoy the surroundings. One of the highlights being the charming town of Bergün. Perched at 1,376m elevation this delightful town features elaborately painted Engadine houses locally known as sgraffito. Its 800 year old Romanesque church and tower remain almost unchanged. Shortly after Bergün prepare to be amazed by the famous Rhaetian Railway, listed as a UNESCO world heritage site. The maze of viaducts and tunnels are a spectacle in themselves only made more wonderful when the red Albula mountain railway and high mountain glacier trains pass by, making us feel like we’re nestled in the centre of a real-life Hornby Railway set.

From here on the natural landscape steals the show. Vast mountains that appear close enough to touch surround you 360 degrees as the road winds its way towards the summit at 2,315m. As usual we were chasing daylight, so once the sun had finally dipped on the horizon knowing we had a fair trek to our next resting point it was time for hot soup and bread at the summit just before the Gasthouse closed. Perfect timing and the end to a beautiful day on the Albula!