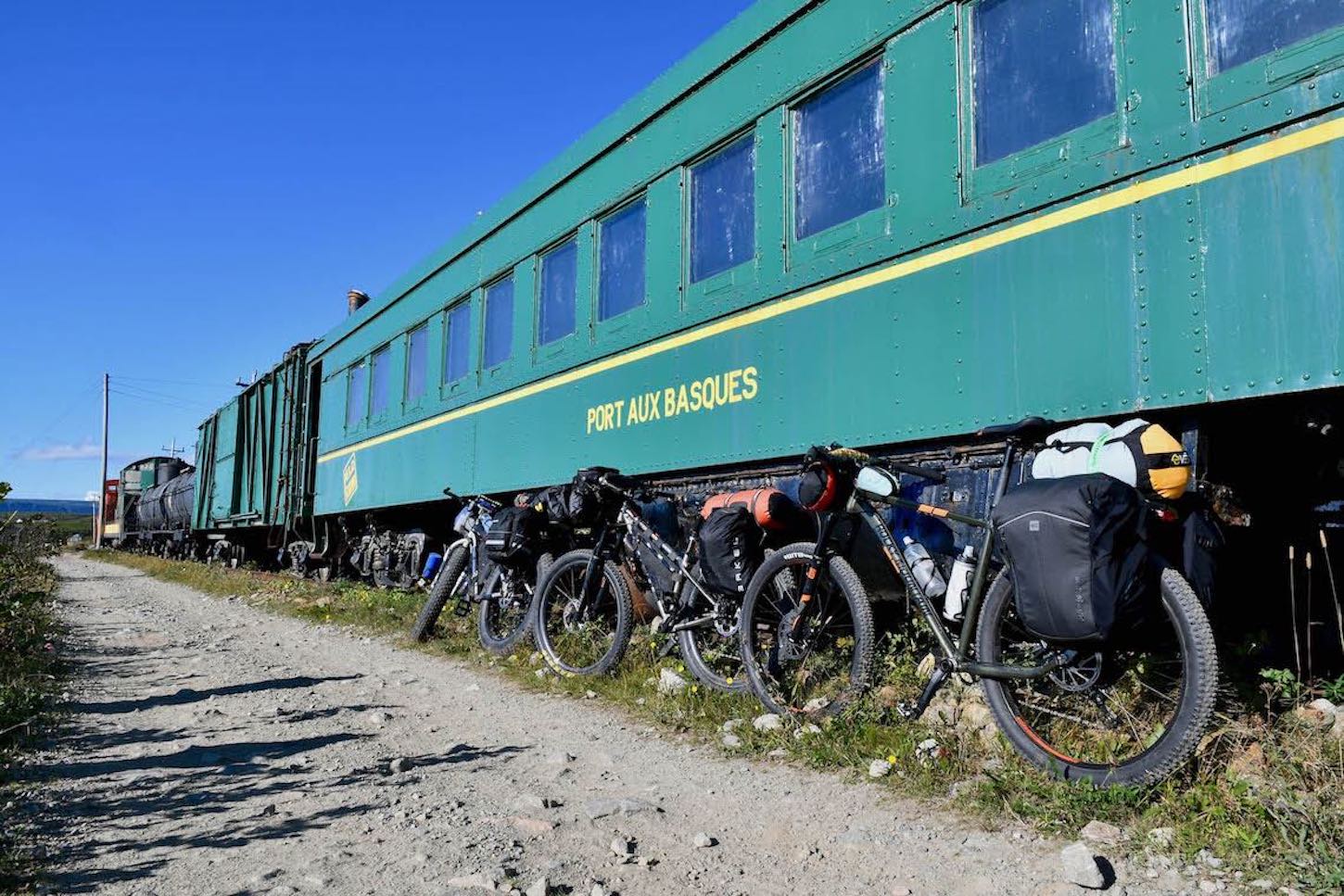 29 May 2019
By Gianni Pericolo - In FEATURED ARTICLES, LATEST ARTICLES, VELOPATHIC

The Newfoundland Railway was constructed in the late 1800s, with the main line from St. John’s in the east to Port Aux Basques on the west coast completed in 1898. With few roads on the island at that time, the railway opened up Newfoundland’s interior to logging and mining, and provided an important link to some of the major coastal communities with branch lines.

When the Trans Canada Highway was completed across Newfoundland in 1965, the railway, which already operated at a loss, faced new competition. Passenger service ended in 1969, with freight service dwindling until 1988 when the tracks were pulled up. The rail corridor is now a provincial park (known as the Newfoundland T’Railway), with conditions and usage varying widely across the province.

As a former railbed, the grades are low, the curves are gentle, and the trailbed is wide. As such, the only technical challenges are presented by the surface, which varies. There are some short sections of deep sand (primarily along Grand Lake near Howley), long sections of loose railway ballast that are rutted by ATVs and crowded by alders, and some bumpy sections with large embedded rocks.

There are also sections fast-rolling hardpack and gravel road, as well as smooth pea-gravel multi-use path (primarily near St. John’s). There are often a lot of puddles, which, whether you go through or around, tend to slow the pace.

As mentioned above, the grades are low, though you’ll still do some climbing – perhaps 600-1000m per day. It is often windy in Newfoundland, and much of the terrain is fairly open. Hence, it is strongly recommended to travel west to east with the prevailing wind.

As the highway roughly parallels the route, there are many opportunities for resupply. The most remote sections are the Topsails (where you’ll find no services for about 100 km between Howley and Badger), and the Isthmus (not much directly on the route for about 80 km between Goobies and Whitbourne).

All things considered, this is really not a hard route, just long. While there are long sections that would be well suited to a gravel bike, a proper mountain bike is required, and plus tires are recommended.