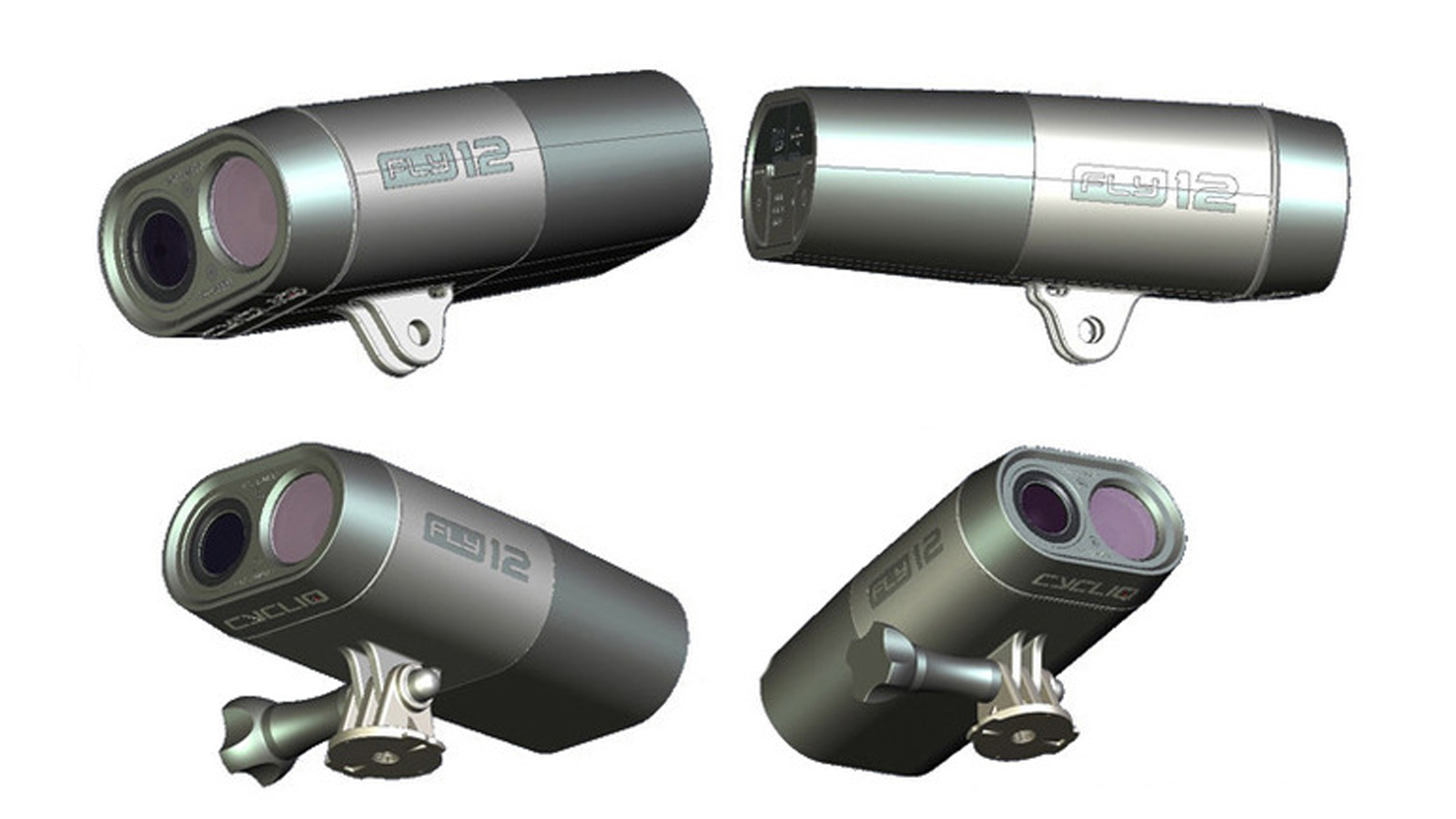 Cycliq has turned to a crowd-funding campaign on Kickstarter for its Fly12 headlight and HD camera combo device.

The Fly12 features a full HD 1080p front facing camera, that can record at 45fps, along with a 400 lumen headlight, which Cycliq claims offers up to 75 feet of visibility – with lightening options that include three intensities, in either solid or flashing mode.

In addition, Cycliq is also launching a companion app that connects the Fly12 to a smartphone via WiFi or Bluetooth. This allows cyclists to view, edit, and upload clips to social media, along with Strava integration, which can overlay metrics like heart rate, speed and power on top of  footage.

Additionally, the new app also has a an alarm feature, which can alert cyclists if someone tries to steal their bike, at, say, the coffee shop. Not only will the alarm sound, the light will flash and by the video will turn on as well – while an alert is sent to the bike owner’s smartphone via Bluetooth – up to 100 feet away.

“Fly6 has been very popular, and our customers love to give feedback,” says Andrew Hagen, CEO of Cycliq.

“Fly12 is the perfect solution for both commuters riding in low-light conditions and weekend warriors who want to record their rides.”

According to Cycliq, Fly12’s camera is weatherproof with nano technology that prevents corrosion and quickly sheds water. Moreover, it has ‘Incident Capture’ technology, or loop footage, in order to preserve video capture in the event of an accident.