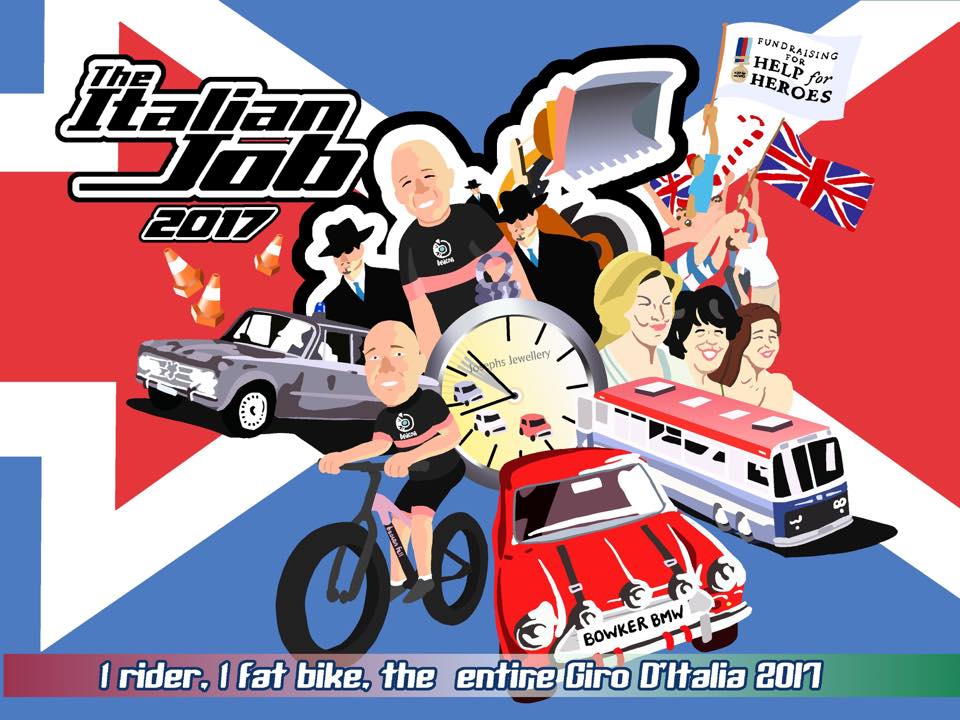 The cyclist who became famous two-years ago for riding a Raleigh Chopper the entire route of the Tour de France, Dave Sims, will commence a similar feat by riding fat bike along the route of this year’s Giro d’Italia.

The 38-year-old cyclist from the UK, has given his quest the moniker, The Italian Job 2017, in his latest effort to raise money for the charity – Help for Heroes.

Sims previously raised £12,000 for the charity during his Tour de France triumph, followed by an ‘Everesting’ of Alpe d’Huez that same year.

This year, Sims will follow the 100th edition of the Giro d’Italia which starts in Sardinia on May 5, and wage his own “Fight for Pink” all the way to Milan more than three weeks later.

Along the way, Sims will have to tackle climbs such as Mount Etna in Sicily and the grueling fearsome Passo dello Stelvio, which race officials have designated as this year’s “Cima Coppi”.

Sims is being sponsored by Beacon Bikes and a local MINI dealership, who will be providing him with a custom painted fat bike and a support vehicle.

“It’s another challenge that is going to push me to the limit. The bike is even more striking than the Chopper. And it’ll need to be at its best for the wide variety of technical challenges I’ll face”, said Sims.

“I am very grateful for Bowker MINI’s support. I know I’ll need all the help I can get. It’s the toughest challenge of my life. I just hope I can repay the faith my sponsors and supporters have put in me!”, he added.

“Everyone knows about Dave’s incredible Tour de France challenge on a Chopper a couple of years ago. It was an immense effort. But his latest challenge is even tougher. He’ll need all the support he can get!”, said a representative from Bowker MINI.