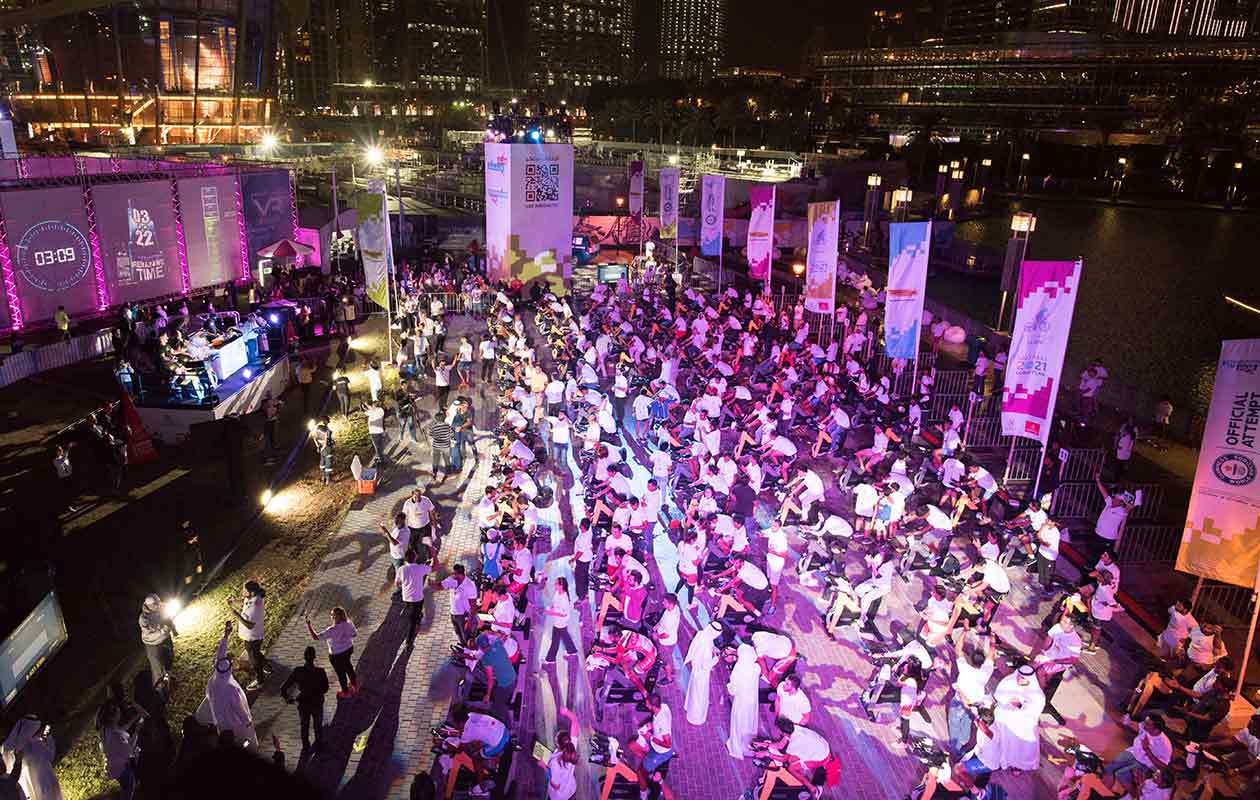 To celebrate Innovation Week in Dubai, the government’s executive council, in partnership with TechnoGym and UAE Cycling Federation, lit up the Burj Khalifa with a breath-taking light display.

The incredible spectacle involving the tallest building in the world, was the result of a successful Guinness World Records attempt at the “most mechanical energy produced by pedaling on static bicycles in one hour”.

Taking place at The Innovation Hub in Burj Park Downtown Dubai on Sheikh, the event was open to the public and saw 300 participants take turns cycling on 100 bikes.

In 60 minutes the team produced an impressive 8,999 watt hours of mechanical energy.

This energetic attempt formed part of the region’s Dubai Plan 2021 and The Good Move campaign which aims to promote health and fitness throughout the region.

The attempt was officiated by Guinness World Records adjudicator Samer Khallouf, who presented a certificate to His Excellency Abdullah Al Shaibani, Secretary General of The Executive Council of Dubai and member of the Higher Committee for UAE Innovation Week.

On receiving the award, Al Shaibani commented: “What makes the UAE so resilient and has allowed it to achieve such accomplishments and growth over the past decade is the commitment to strive for the best. From the tallest building in the world that shows the nation’s infrastructure capabilities, to this new record for the most mechanical energy produced in one hour, generating 8,999 watts.”

The previous record was 8,369.8 watt hours and was achieved by Rave And Ride in Stoke Poges, UK back in May.