Can a Cyclist Impede Traffic? 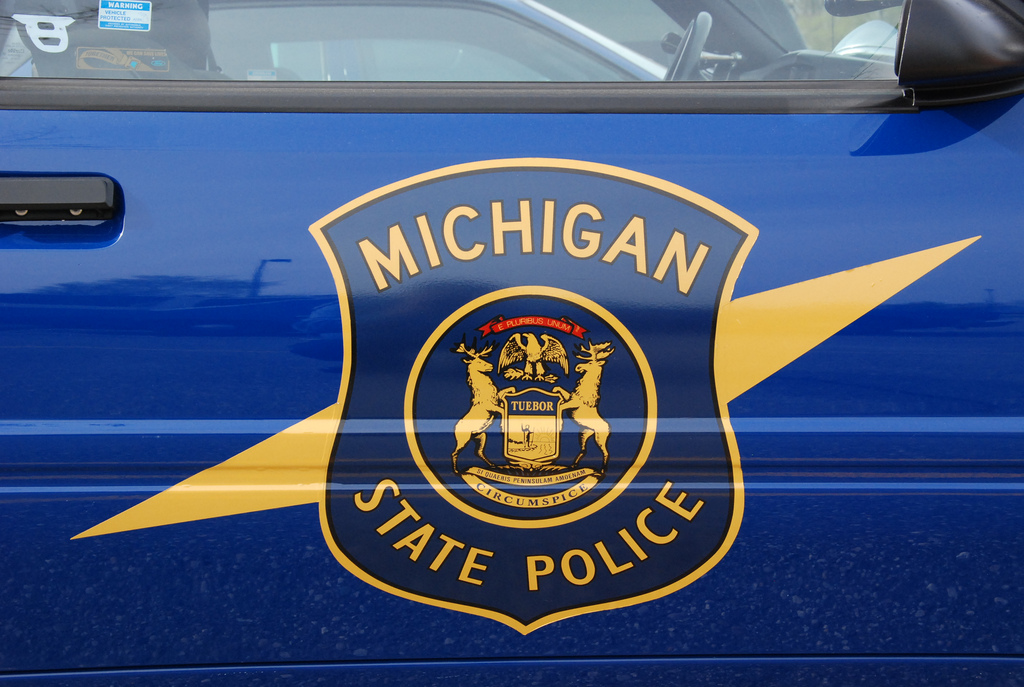 On a wet, humid Sunday morning last August, while I puttered around his driveway on his fat bike, fellow bike attorney Bryan Waldman said:

Bryan went on to describe how a group of roadies were out for a ride earlier that June and were pulled over in a community outside of Ann Arbor for impeding traffic. As an attorney, he would be using the Michigan state trooper’s own dash cam as evidence. The cyclists were riding legally and tried to explain that, but the trooper wouldn’t hear it.

Yes, I was interested. My expectation was that the judge would review the law and then watch the video, and it would be a quick, just decision.

The cyclists said they had done nothing wrong, and one was being railroaded into paying a $200 ticket. He had approached Bryan for representation at trial.

On the day in question, earlier last June, four experienced riders were out for a training ride in rural Michigan and had been riding two abreast when the police cruiser came up from behind and on the PA, the officer said to the group:

The cyclists complied and filed into a line upon and just to the right of the white painted fog line. Tim Panagis was the third rider in the line and gave a little wave, like roadies are known to do, as a way to let the officer know it was clear for the officer to pass. The cop took offense, pulled up to Tim and ordered him to pull over. The other cyclists were then coasting, so Tim decided to roll ahead of them to comply with the officer. This act was used as justification to give him an earful and a $200 ticket.

Of the four cyclists, only Panagis was charged, and it was because of his riding past the other riders to clear them in order to pull over. In other words, the ticket itself was based on acts he took after being ordered to pull over by a law enforcement officer.

I asked Bryan to update me on the trial’s outcome. When we saw each other next at the Bike Law Summit in Asheville, North Carolina, held during the U.S. National Cyclocross championships, Bryan said they had lost the trial — the video notwithstanding. What? How could that happen?!

Now watch the video for yourself

In the court room, as the trial was about to begin, the prosecutor strolled up to Bryan, his client, another cyclist from that June day, and their expert witness and said:

“If any of you testify, you will also be charged with civil infraction and we will be seeking additional charges based on what we saw in the video.”

And so it was at the end of that hearing the judge found Tim guilty of obstructing traffic. She went on to say that Tim’s wave and move over to the left to pass the other cyclists was impeding the officer’s lane.

The officer’s lane? The road is a part of the commons and belongs to all of us. Further, Michigan law states that cyclists are allowed to ride two abreast and have no obligation to ride to the right of the fog line. The shoulder is specifically excluded from the definition of the roadway, according to a recent State Supreme court ruling.

Now what? If you lose at district court and believe there was a mistake at trial, you can appeal your case and have it reviewed by a higher court. It isn’t a simple process and unless you represent yourself, it’s a costly affair. In this case, appealing meant that traffic ticket proceeding would have to be heard in Circuit Court.

Tim could have simply paid the $200, no-point ticket and moved on, but he decided to double down to get justice.

After several months and much research and preparation, the parties reconvened. Bryan and his firm’s appellate attorney, both working pro bono (without charging a fee) arrived at the Circuit Court.

The judge started the proceeding by saying:

“Who appeals a civil infraction?”

He went on to say in astonishment:

After careful analysis of the video and a frame-by-frame breakdown provided by Bryan’s firm, the judge ruled the riders had no legal duty to ride on the shoulder, which is not part of the roadway, Tim was lawful when he rolled past the other riders, two abreast was legal, and finally, the trooper had failed to make a lawful and safe pass.

To answer the judge’s query of “who appeals a civil infraction?”

Cyclists who know they have a legal right to use the public roadways and refuse to be bullied off of it, that’s who!