How do Cyclists Reach Such Super Fast Speeds? 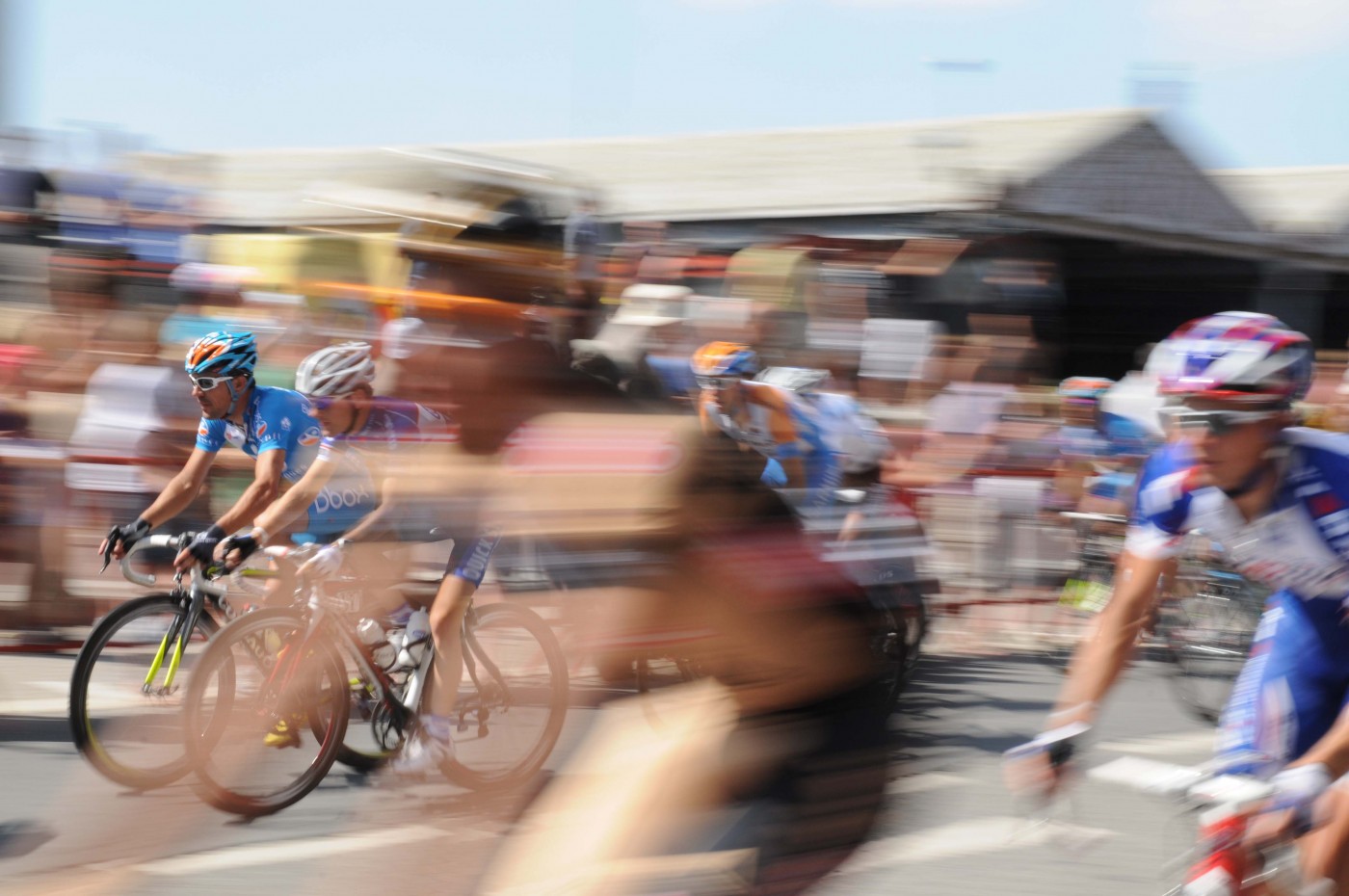 Even though spoked wheels and pneumatic tires were invented in the 1880s, bicycle design hasn’t really changed a great deal in the time since – at least, at face value. However, look closer and around a hundred years of research or development has taken the humble bicycle from boneshaker to a speed machine.

A modern bicycle is still made up of a double diamond shaped frame, two wheels with air-inflated tyres and a chain-based drivetrain – the mechanism through which the whole system runs. Though we’ve stuck to the basics, man and his machine have increased in speed from the 14.5 km per hour reportedly achieved by Karl von Drais in 1817 to a mind-blowing 55km in a Tour de France time trial nearly 200 years later.

The ability to improve speed on a bicycle comes down to two fundamental factors: you either increase the power that propels the rider forwards or you decrease the resistant forces that are holding that rider back.

The rider’s ability to produce power is generally down to their physiology and biomechanics. The resistant forces that slow a cyclist are mainly air resistance, total mass and any frictional losses, such as the drivetrain or the rolling resistance of the wheels against the ground. If every athlete has an equal chance of winning the challenge for engineers and scientists then is to focus on the technology the cyclist uses to obtain a competitive advantage.

The trouble with air

It has been demonstrated that once a cyclist travelling outdoors gets past speeds of 25 miles per hour, around 90% of the force holding them back will be air resistance. But the relationship between speed and air resistance is not a linear one. It can, for example, take twice as much human power to ride a bicycle at 30 miles an hour as it does at 20 miles an hour.

As a result, reducing air resistance has become a top priority in professional cycling technology in recent times. At the London 2012 Olympic Games, Team GB’s track riders were using bikes, helmets and clothing solely designed to help contribute to the optimisation of each rider’s aerodynamics. Team principal, David Brailsford, has referred to this process as the “aggregation of marginal gains”.

To achieve this, wind tunnels are now used by both professional and amateur athletes to analyse the aerodynamic drag, then work out how to get the rider and machine working together optimally. There is a complication in this process, though, in that the best aerodynamic solution is typically specific to every rider, so each needs to make individual choices about their helmet and bicycle and especially their riding position.

The second problem is that wind tunnels are few and far between and are by no means cheap to access. Thankfully, alternatives for those without an Olympic-sized budget are emerging. You can now use computational fluid dynamic software which can be, in essence, a virtual wind tunnel. This software allows an engineer to simulate a variety of air flow conditions on a new bicycle design, therefore cutting down the time and costs of prototyping and testing. There is now also published research which allows riders to assess their aerodynamics out in the field rather than in a wind tunnel.

Mark Cavendish famously won his Tour de France stages and world title in 2011 wearing a skin suit and an aerodynamic helmet while the majority of his competitors were still wearing baggier jerseys and heavily vented helmets. Team GB had realized that even though a rider may be sheltered by 200 others during a road stage, when Cavendish sprints for the finish line, he is alone in undisturbed air for around 200 meters at speeds well above 40 miles an hour. Every small advantage at this point converts into winning millimeters.

Tinkering with the tech

Racing bicycles themselves have been subject to a tremendous amount of aerodynamic refinement over the last five years. Braking systems have been positioned so as to be sheltered from the main airflow and gear cables are now run on the inside of the frame. Wheel designs have not only improved in reducing aerodynamic drag, but are now being optimised to provide benefits such as increased rider stability from crosswinds. Innovations like these have traditionally been directed towards making better bikes for either time trials or triathlons but is now spreading towards the road bikes used in mass start racing.

The mechanical properties of the racing bicycle have also evolved. Like computational fluid dynamic software, finite element analysis allows us to optimise the design of bike components to simulate the stresses and strains that they will face when in use. This has allowed us to develop composite frames that weigh as little as 700g or less, but are still stiff enough to sprint for a stage win and comfortable enough to be ridden for five hours or more, day after day.

Even the humble gear derailleur, relatively unchanged in principle since its original invention in 1951 has lately begun to shape shift. The most advanced systems are now electronically powered and triggered. This has allowed for smooth gear changes requiring only thin wires and a small battery as opposed to having a frame design compromised by the limitations of needing cable runs for mechanically actuated gears.

All these improvements have enabled us to morph the humble bicycle into a speed machine without tampering with its basic design. So where does this all lead next? In competitive sport, the technology is typically regulated by its governing body. In the case of cycling, this means that the equipment is currently limited in both its size, nature and weight, so we are more likely to see more incremental improvements than a radical shift away from the bikes we use now.

The average leisure cyclist is not limited by such constraints allowing us to benefit from any level of innovation. For example, if you look at bicycle land-speed records, recumbent cycles – which are unique in the way they position the rider lying down – can move at far higher speeds than a conventional bicycle. And for enthusiastic amateurs, new bicycle designs are continuing to become lighter, faster and ultimately more efficient. Anything could happen.