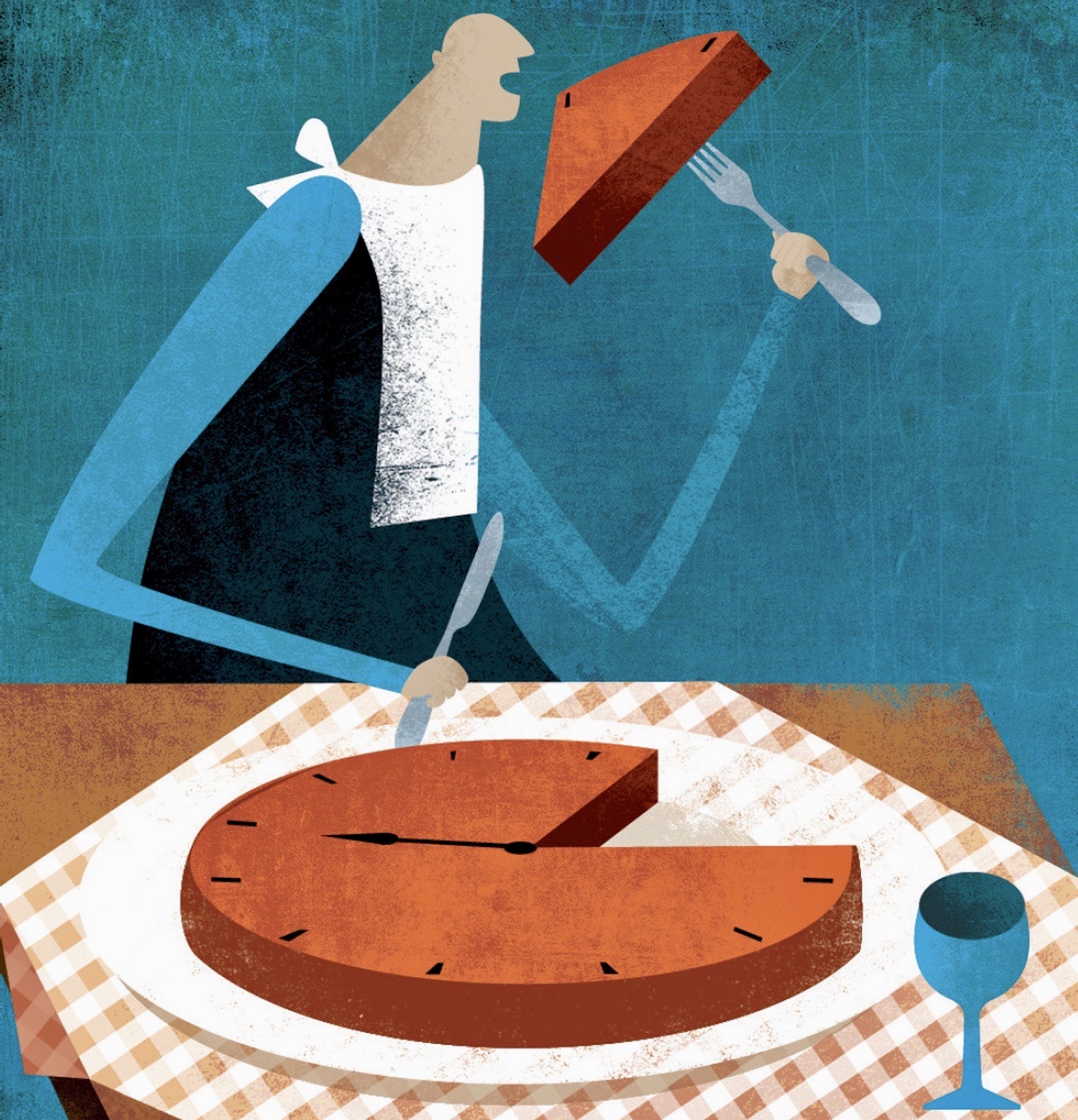 Not every cyclist is Wasa Cracker thin. And, despite a dedicated regimen of cycling, many still battle with weight-loss issues and struggle to reach their desired “fighting weight”.

Even pros are known to try and “ride themselves into shape” at the start of the season, after a long hiatus from training over the winter.

However, a new study published by University of Illinois at Chicago researchers in the journal Nutrition and Healthy Aging, suggests daily fasting can be an effective tool to reduce weight and lower blood pressure during those times when cyclists are off the bike.

The study is the first to examine the effect of time-restricted eating, a form of fasting that limits food consumption to select hours each day, on overweight individuals, or those looking to trim down a bit or simply wanting to maintain their current weight.

To study the effect of this type of diet, researchers worked with 23 overweight volunteers who had an average age of 45 and average body mass index, or BMI, of 35.

Between the hours of 10 a.m. and 6 p.m. the dieters could eat any type and quantity of food they desired, but for the remaining 16 hours they could only drink water or calorie-free beverages. The study followed the participants for 12 weeks.

When compared to a matched historical control group from a previous weight loss trial on a different type of fasting, the researchers found that those who followed the time-restricted eating diet consumed fewer calories, lost weight and had improvements in blood pressure. On average, participants consumed about 350 fewer calories, lost about 3 percent of their body weight and saw their systolic blood pressure decreased by about 7 millimeters of mercury (mm Hg), the standard measure of blood pressure. All other measures, including fat mass, insulin resistance and cholesterol, were similar to the control group.

“The take-home message from this study is that there are options for weight loss that do not include calorie counting or eliminating certain foods,” said Krista Varady, associate professor of kinesiology and nutrition in the UIC College of Applied Health Sciences and corresponding author on the study.

While this is the first study to look at the 16:8 diet, named for its 16 hours of fasting and its 8 hours of “feasting,” Varady says that the results align with previous research on other types of intermittent fasting diets.

“The results we saw in this study are similar to the results we’ve seen in other studies on alternate day fasting, another type of diet,” Varady added, “but one of the benefits of the 16:8 diet may be that it is easier for people to maintain. We observed that fewer participants dropped out of this study when compared to studies on other fasting diets.”

Varady says that while the research indicates daily fasting works for weight loss, there have not yet been studies to determine if it works better than other diets, although the researchers observed the weight loss to be slightly less than what has been observed in other intermittent fasting diet studies.

“These preliminary data offer promise for the use of time-restricted feeding as a weight loss technique in overweight adults, but longer-term, large-scale randomized controlled trials [are required],” Varady and her colleagues wrote.

“The 16:8 diet is another tool for weight loss that we now have preliminary scientific evidence to support,” Varady said. “When it comes to weight loss, people need to find what works for them because even small amounts of success can lead to improvements in metabolic health.”

The Centers for Disease Control and Prevention estimates that more than one-third of adults in the U.S. have obesity, which greatly increases the risk of metabolic diseases such as coronary heart disease and Type 2 diabetes, and that obesity is most prevalent among non-Hispanic black individuals and middle-age adults.