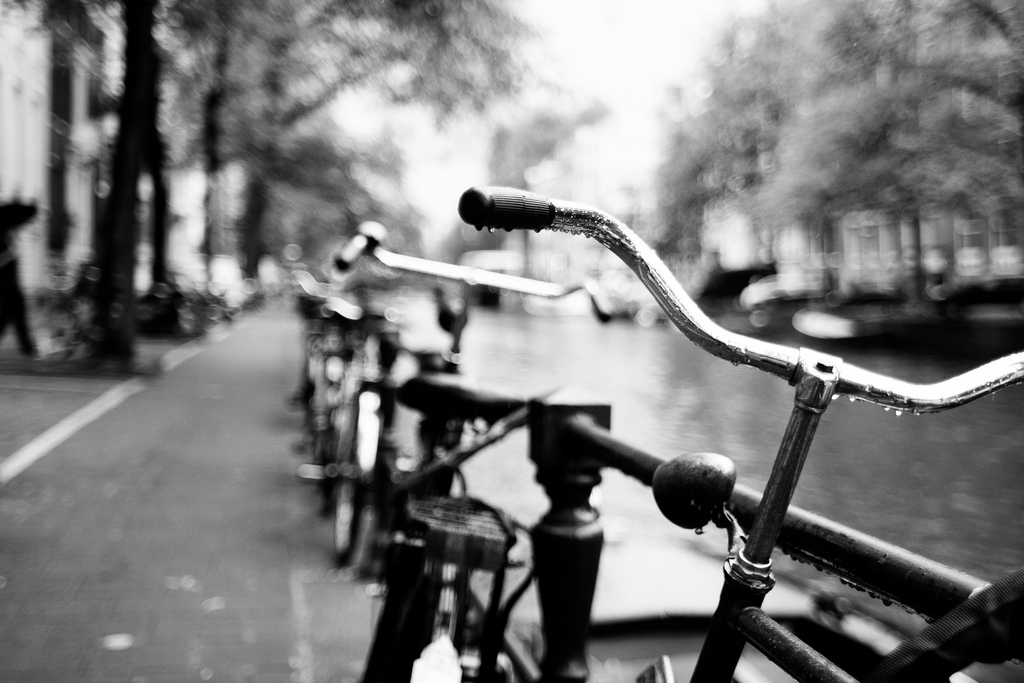 In Amsterdam, tens of thousands of people hop on their bikes and cycle to work every morning. The city is geared up for cyclists, and it’s a way of life for most people. But with an estimated 18 million bikes – more than two for every household in the country – the Netherlands is not the norm when it comes to cycling or bicycle ownership.

Bicycles don’t need to be licensed or registered, and there’s no way of knowing how many kilometers people are clocking up around the world every day. But understanding bicycle usage is very helpful if we want to increase the use of this sustainable mode of transport and improve infrastructure supporting it in the right ways.

A new study published in the Journal of Transport & Health pulls together data from 1.25 billion households around the world. The data reveals that bicycle ownership has declined over the last few decades, with the average percentage across 148 countries of households with a bicycle falling by half since 1989.

This information, say the researchers, could give policy makers good examples of where ownership is highest, helping them boost cycling as a sustainable mode of transport.

“Everyone is focused on what’s happening now, but looking to the past can really help policy makers – it can show them what worked and what didn’t and give them ideas,” said lead author Olufolajimi Oke, a PhD candidate in Civil Engineering at Johns Hopkins University. “By pulling together and analyzing many sources of data, we have produced a database that we hope will give policy makers the information they need to take action.”

What the data reveals

There are many different sources of data on bicycle ownership, but until now no one single source was tracking global ownership over time. The researchers first tried to gather all the data in one place, then see what they could do with it.

“We hoped that by studying ownership, we could get some useful information on how it affects usage,” Oke said. “Ultimately, usage is what we’re interested in.”

The team gathered the information that was already available from 150 countries, representing 1.25 billion households, from 1981 to 2012. Household surveys often include a question about bicycle ownership, as it is an indirect indicator of wealth, so they could gather data from surveys conducted by the UN, World Bank and other regional and national organizations. They also received data from the Institute of Crime Victimization Studies in Europe, as bicycles are stolen so frequently.

The researchers analyzed the data, weighting results and converting data to make everything comparable between countries and over time. They then put everything into a single database.

“We had created a fantastic source of data, but it took us a long time to decide what to do with it – there were so many possibilities,” said Oke. “Eventually we decided to classify the countries in terms of the percentage of households that have bicycles. But deciding how to define those groups and subgroups is tricky, and many alternatives have been proposed over the years.”

They conducted what’s called a gap test to find the optimal number of groups in the dataset. This gave them four main clusters of countries with similar bicycle ownership rates, with an average of 81 percent of households owning a bike in group 1, 60 percent in group 2, 40 percent in group 3 and 20 percent in group 4.

Tracking bike trends around the world

According to the study, 42 percent of households worldwide own at least one bicycle, adding up to an estimated 580 million bicycles owned privately worldwide. The actual number of bicycles is highest in India and China, which account for a quarter of the world’s household population, having a big effect on the global average. Taking China and India out of the picture reveals a steady global decline in bicycle ownership, falling from an average of 60 percent of households owning a bike in 1989 to just 32 percent in 2012.

Patterns started to emerge in the groups, with geographic proximity and cultural similarities leading to similar levels of ownership. “If a country doing well in terms of bicycle ownership, surrounding countries also seem to do well,” explained Oke.

But there were some outliers too. Take Burkina Faso, for example. Although it is surrounded by countries in groups 3 and 4, it has a surprisingly high average bike ownership, putting it in group 1. Looking at countries like this can help policy makers put measures in place to increase cycling.

Peru was another surprising outlier. It’s a country well known for cycling, so the researchers expected to see it in the top end of the grouping, but it actually fell into group 4.

“Most of the cycling in Peru is tourist-driven, so even though it’s a popular pastime, it’s not translated into ownership and regular usage,” Oke said.

Oke thinks the decline could be down to industrialization. The majority of the world’s households are in developing and emerging countries. In the 80s and 90s, those countries were rapidly industrializing; bicycle ownership was discouraged and stifled, so a lot of money was spent on roads for cars. More cars mean more unsafe roads for cycling, which would also have had an effect.

“Sometimes you’re literally putting your life on the line,” he said. “Baltimore, where I live, used to be a national and global cycling hub with a rich cycling history. But now, there are fewer cyclists and many feel unsafe and marginalized on today’s roads for good reason. The authorities are working on improving the situation, but this pattern is seen across the US and in many other countries.

Armed with our data, policy makers will be able to make better informed decisions that support cycling.”

The Netherlands has one of the highest rates of bicycle ownership.

The researchers put the 150 countries they analyzed into four groups according to the average percentage of households that own bicycles):