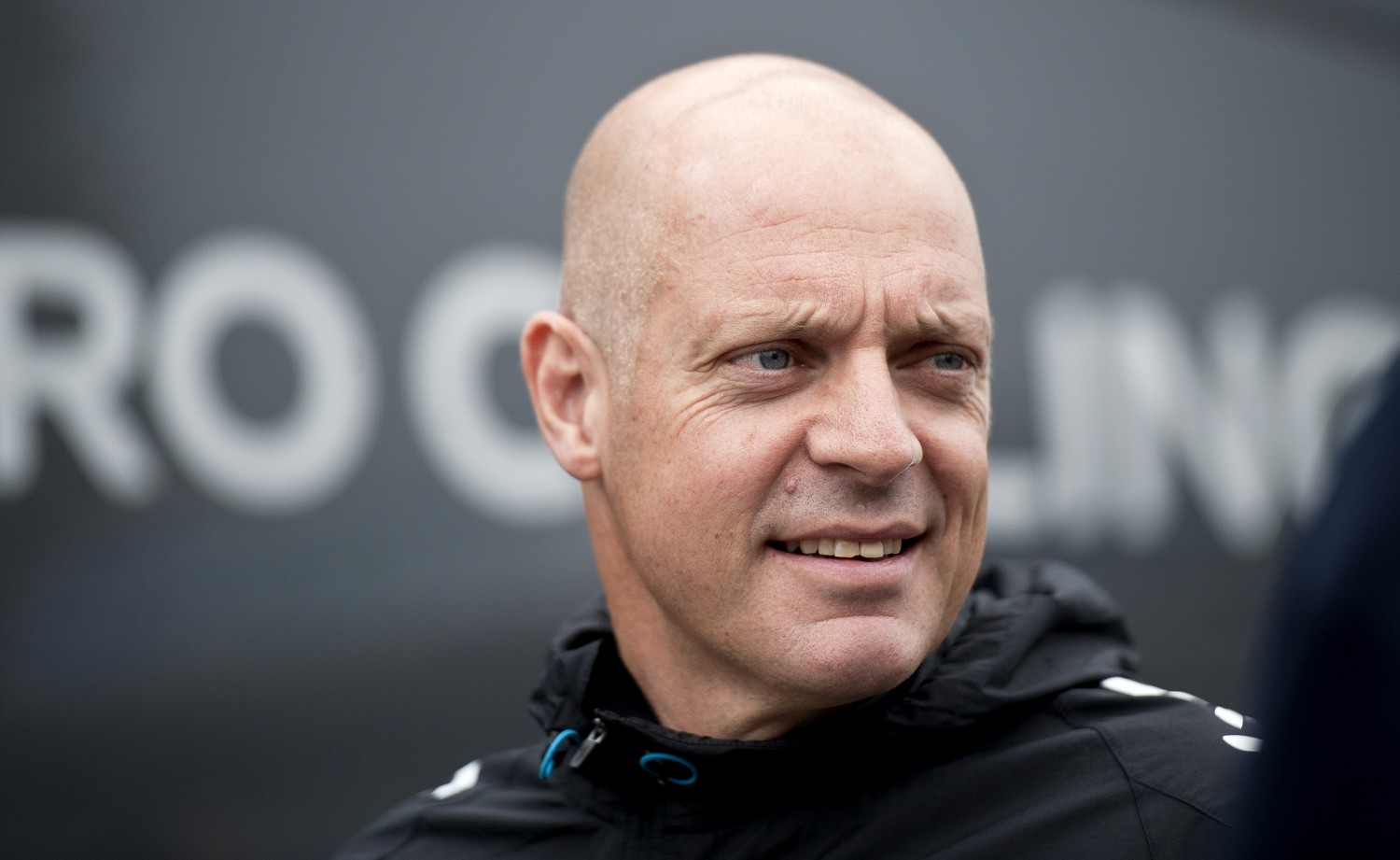 Despite all of the controversy surrounding Team Sky, David Brailsford says he won’t resign from his post as director of the British squad.

Brailsford this week admitted that “mistakes were made” by Team Sky, regarding past anti-doping and medical procedures that raised questions about the future of the team.

However, speaking at this week’s Tirreno-Adriatico race, the embattled team director was adamant he will not be stepping down as a UK Anti-Doping investigation into allegations of wrongdoing continues.

When asked if he was considering stepping down, he told the media, “no. My thoughts are about what’s good for the team and what’s right. Of course I’m not hiding. I’m fine in myself and I’ve got confidence in my team.”

“On a personal level, I’ve been through a lot over the years and it’s important to make sure that you can look at yourself and say that there has been no wrongdoing. I’m confident of that. From a personal point of view, you’ve got to put the team first and the riders first and think about what is good for them and what’s good for our owners.”

“When I started years and years ago, cycling in Britain when I was riding, there was hardly a sport to speak of. Now we’ve got millions of people riding bikes. It’s a massive sport and I’m proud to have played a part in that.”

“Team Sky and British Cycling have been a part of that and hopefully it will continue to do so in the years to come.”

Team Sky remains embroiled in controversy relating to a ‘mystery’ package which was delivered to then Team Sky doctor Richard Freeman at the 2011 Criterium du Dauphine – a race won by  Bradley Wiggins – and three therapeutic use exemptions (TUEs) granted to Wiggins during the 2011, 2012 and 2013 seasons.

Earlier this week, Team Sky published a letter and supporting documents sent by Brailsford to Damian Collins MP, chairman of the Culture, Media and Sport select committee, in which Brailsford reiterated his belief that the team was not guilty of breaching anti-doping rules. Wiggins has also denied wrongdoing.

Moments after the statement was published Graham McWilliam, the chairman of the Team Sky board posted a statement online saying the board remained “100 per cent behind team and Sir Dave Brailsford” following suggestions that some riders might want the team principal to resign.

Three-time Tour de France winner, Chris Froome, was not among the riders who publicly declared their support for Brailsford this week, but Brailsford insists there is no issue between them.

“We had a good conversation, that’s it,” Brailsford said.

UKAD is investigating whether the team and British Cycling violated anti-doping rules when the package, addressed to Freeman, was delivered to Team Sky at the end of the 2011 Criterium.

Brailsford has said he was told the package contained the legal decongestant Fluimucil, but as yet no documentary evidence has been produced.

Brailsford added: “I’m disappointed that anything from the past, I’m not saying that there was any wrongdoing, but that the current guys within the team get any reflection from something, which has nothing to do with them.”