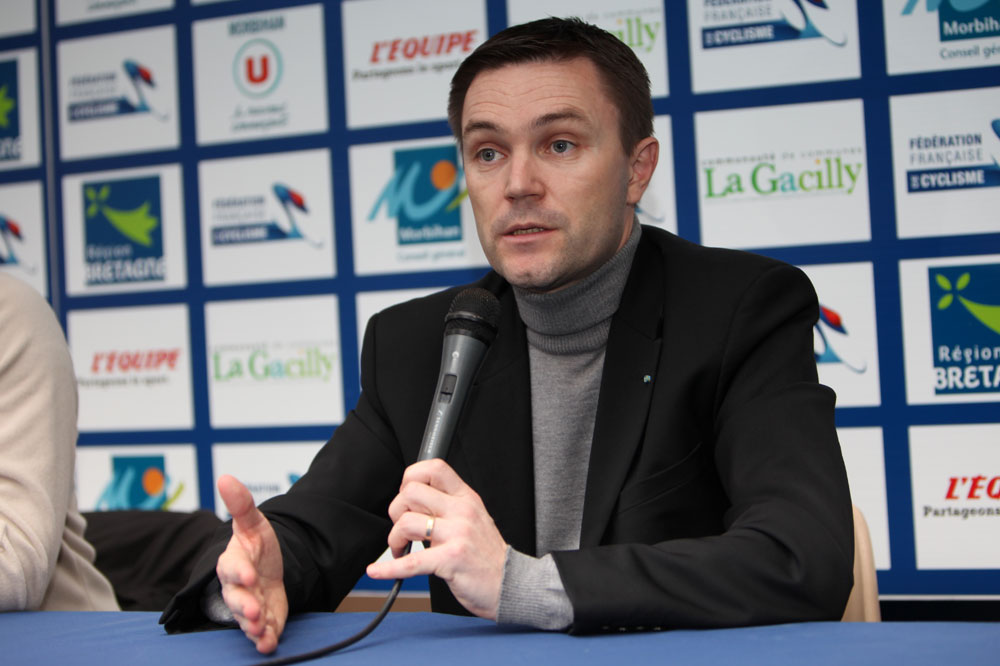 Both candidates gave final speeches to the world’s cycling federations at the World Road Championships in Bergen, Norway this morning before votes were cast.

Lappartient previously served two terms as head of the French cycling federation where he oversaw a major improvement in the country’s standing in the sport, climbing from 14th in the UCI rankings in 2008 to No1 this year.

“It is a great responsibility and I will endeavor in the next four years to be worthy of such trust,” said Lappartient following the victory.

Cookson released a statement congratulating his rival and stating pride in his achievements in the role. “First of all, I would like to congratulate David Lappartient on winning today’s election at the UCI Congress.”

“The UCI I leave behind is unrecognisable from the organisation I took over in 2013 and I depart with my head held high. Someone needed to stand up and take on the previous regime, who had dragged cycling into the gutter, and I leave the UCI knowing that I have delivered all the promises I made four years ago.

“Our work to promote gender equality, our drive to broaden the appeal of our sport and ensure greater opportunities and support for developing nations means that cycling now inspires and excites millions more around the world.

“I am tremendously disappointed not to have been given a mandate to complete the work we began four years ago and I hope that David Lappartient will continue to move cycling in the right direction.”

Lappartient had announced his intention to run back in June, arguing that Cookson had been weak and ineffective as president and possessed neither “ambition” nor “vision”. “The UCI needs a president with a long-term vision and not one who deals with problems as they come,” he said in his final speech.

Lappartient thanked his supporters, saying: “As of Tuesday I will be in the UCI headquarters in Aigle to meet each and every one of you. I would like to thank those who helped me throughout this adventure. I know who you are.”

Meanwhile, Cookson tried to emphasis his integrity and honesty and said he wanted to grow the sport globally, investing more in continental federations. “My style of leadership is about you, the people who make things happen,” he said. “The UCI is you and you are the UCI.”

Cookson’s camp had become increasingly nervous in the final few days of campaigning, concerned  that their candidate had been outmaneuvered politically. Furthermore, former UCI president Pat McQuaid’s presence in Norway gave the election an air of intrigue, with rumors that Lappartient had promised the Irishman an honorary role if he helped to get him elected.

The defeat makes Cookson the first UCI president to serve only one term.