David Millar and Maserati Team Up for Tour de Yorkshire 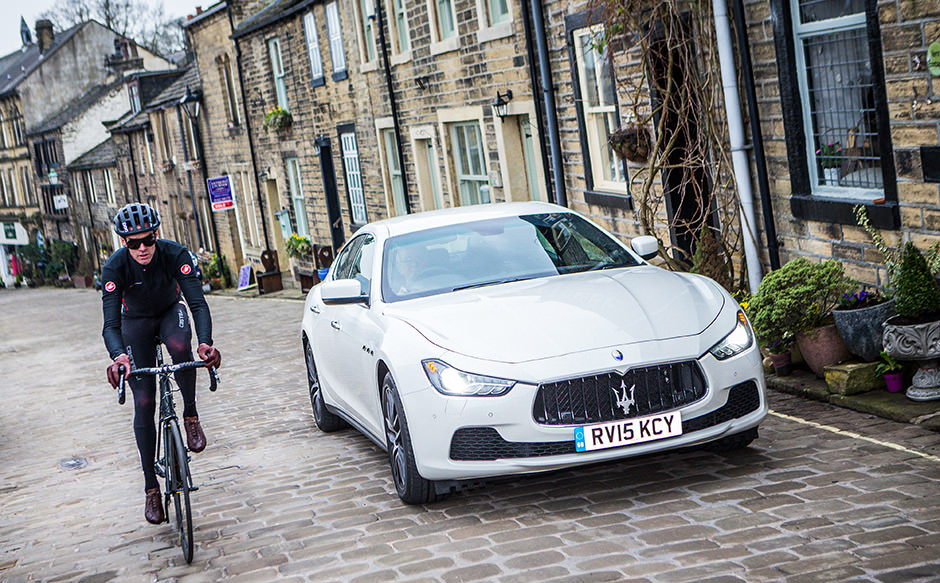 David Millar has teamed up with the Italian automobile marque, Maserati, as the official ambassador and event sponsor for this year’s Tour de Yorkshire.

The iconic Italian brand, announced its new cycling initiative, Maserati Cycling, which intends to “celebrate the marque’s affinity with the sport and to offer a series of unique experiences for Britain’s road cyclists.”

Following his retirement at the end of last season, David Millar now serves as a Maserati Cycling ambassador – describing himself as a lifelong Maserati fan, and lists the Ghibli II 2.8 GT as his dream car.

“Just like the sport of cycling, motor sport is steeped in history, and the Maserati brand has played a key role in this rich heritage, through 100 years of engineering innovation,” adds David Millar. “I am excited that two of my greatest passions in life are being combined and delighted to be involved from the start of what looks set to be a fantastic initiative.”The first of these experiences will be the inaugural Tour de Yorkshire Ride on Sunday 3rd May.

“The sport is highly contagious,” says Peter Denton, Region Manager for Maserati North Europe. “We have seen an ever-increasing number of our dealership network and their customers get bitten by the cycling bug over recent years. For Maserati and its customers at least, it would appear that cycling is the new golf.

“The excitement generated nationally by last year’s Grand Départ was mirrored across our team and network, so the Tour de Yorkshire legacy event provides a suitably high profile ride with which to kick off our two-wheeled activity.”

One hundred Maserati management, staff and customers will join 6,000 other cyclists tackling the sportive. The ride, which is organized by the Amaury Sport Organization (ASO), will offer three routes, 50, 108 and 140km.

The event will start and finish at Roundhay Park in Leeds, and will precede the third and final stage of the Tour de Yorkshire Pro race later in the day.