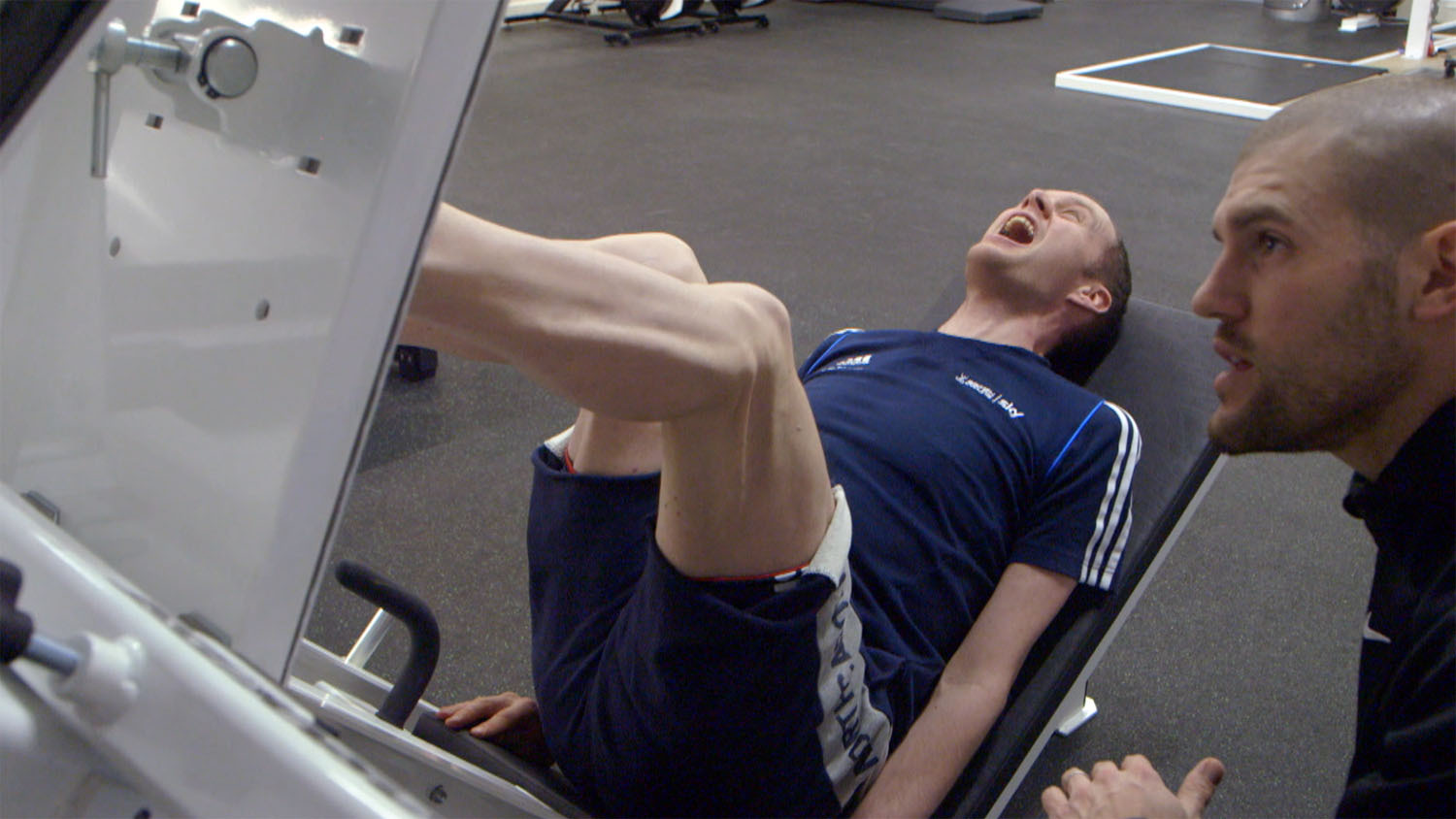 Dead Man Cycling is about one man’s struggle to overcome pain and adversity – in order to achieve personal satisfaction and professional recognition as an athlete.

David Smith was born with a condition known as club foot, with both feet facing backwards. The process of realignment involved repeated breaking and resetting of his bones, and wearing special plaster cast boots. At one point, it was almost necessary to amputate his right foot.

“I had a tumour inside me the size of a tennis ball,” says Smith.

After spinal surgery, whereby three vertebrae were removed, Smith later developed a blood clot and was rushed into hospital again, spending a month in recovery before he could walk again.

After successfully competing in several Paralympic disciplines, Smith decided to move to road cycling, which didn’t place so much stress on the neck.

Now hoping to compete in the 2016 Paralympic Games in Rio with Team GB, this documentary covers Smith’s incredible strength and determination during his recovery, and his goal to make it to the Games.