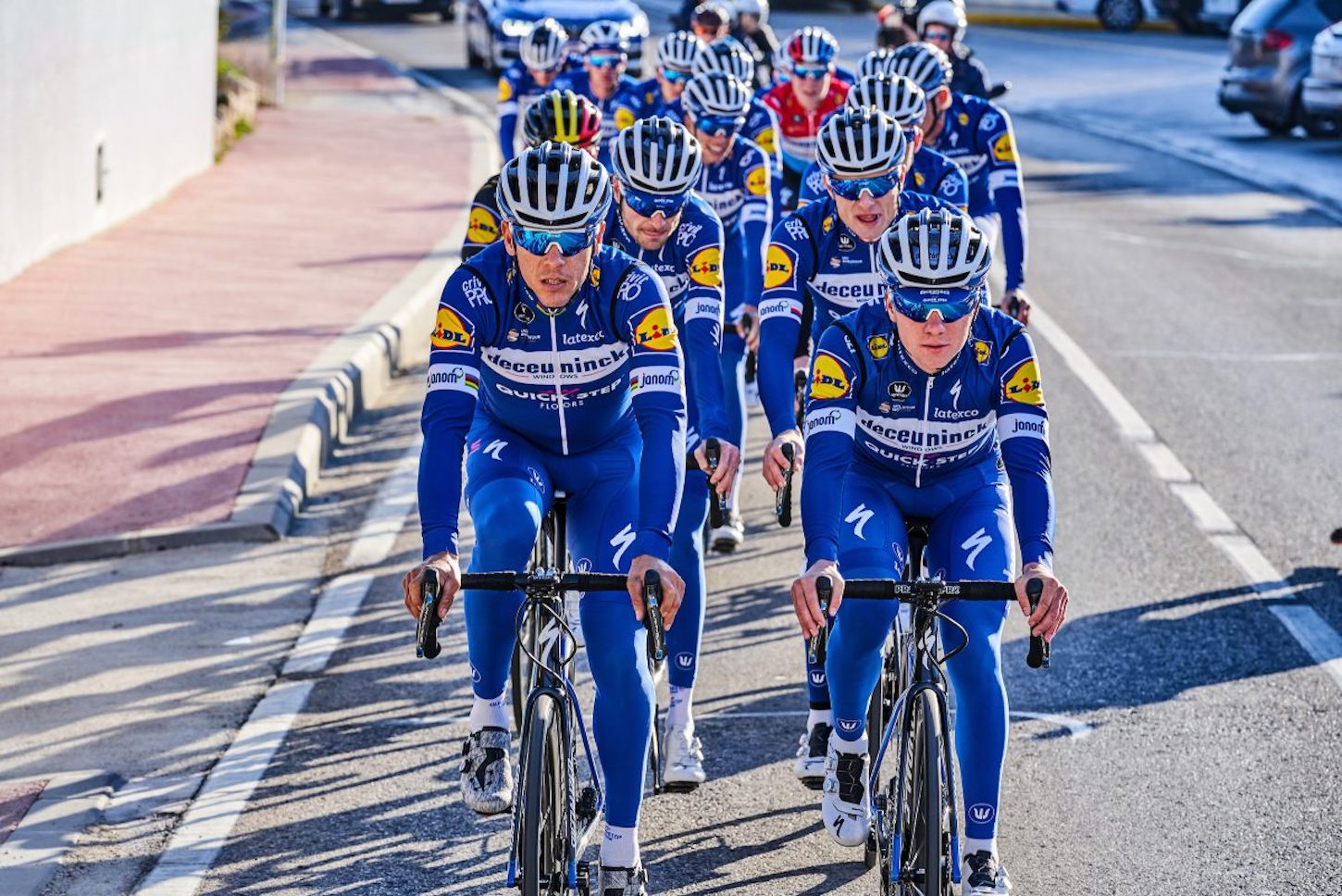 Deceuninck – Quick-Step has announced the launch of their Sustainability Project under the hashtag, #itsstartswithus, which will see them become the world’s first carbon neutral cycling team, working in conjunction with CO2logic in order to offset their carbon footprint. This as well as embarking on an ambitious round of cultural and behavioural changes, aimed at limiting their environmental impact on the planet.

“The end of the 2010s saw a tidal change in way that we view our environment and the impact that our everyday lives have on it. A globalised world has opened new horizons, building opportunities to explore and collaborate in ways unimaginable until recent times. But in recent years it has become obvious that out habits, along with the building of a throwaway culture, has started to take a toll on the planet,” says the Belgian team.

“Sport has played a huge part in this, encouraging athletes and fans to travel vast distances to explore opportunities in new lands. In order to be aware of our contribution and climate impact Deceuninck – Quick- Step have calculated their carbon footprint to be 1288 tons of CO2, which is the equivalent of driving a car 179 times around the world, or 539 return flights between Brussels and New York. The amount of forestation required to capture this amount of CO2 is the equivalent of around 3099 football pitches”, they add.

The team has pledged to a “manifesto of changes” that’s aimed to reduce its environmental impact, make positive changes that can help reduce its wastage and help to educate riders, staff, partners, and supporters on the subject, with the hope of evolving habits. The pledges are:

Deceuninck – Quick-Step says they’re quick to recognize its part in the current situation, with their Marketing & Communication Manager Alessandro Tegner saying, “recently there have been almost daily stories in the news speaking about our environment and how it is evolving. Compared to many other sports, cycling has a unique relationship with the environment in that it is our stadium and like any stadium it needs to be cared for and looked after. As a team we travel thousands of miles every year and expand a large amount of energy, so we have to take our share of the responsibility. We see this as a long-term process of educating and changing habits and it is not about just one thing. Like everything we do as a team, we want this to be about everybody getting involved; the riders, staff, sponsors, supporters and those around us at races and events. It will not happen overnight, but if we all do our little bit, but the benefits will be long lasting. We are also delighted that our partners supported since the first moment our initiative with ideas and comments that will become part of the project in the next future.”

“We are very pleased with the Deceuninck-Quickstep climate engagement and collaboration. This will set an example for all sports. Cycling is a beautiful and originally low-carbon sport that brings people around the world together. Unfortunately, due to the travelling requirements CO2 is emitted into the atmosphere. Together we will keep calculating and reducing the team’s climate impact through daily actions and by supporting certified climate projects”, said Antoine Geerinckx, Founder and Manager of CO2logic.

#itsstartswithus will see Deceuninck – Quick-Step tackle their environmental impact on several fronts, headlined by two large carbon offset schemes. The first is a project to provide and install a safe water supply to the Kaliro District in Uganda. As well as the humanitarian benefits to installing the supply, there are serval environmental benefits, especially when it comes to tackling and reversing deforestation in the area. A readily available supply of safe water through boreholes also negates the need to have water delivered, and thus vastly reducing the reliance on heavy goods vehicles or the burning of wood to boil the water, therefore avoiding deforestation and reducing CO2 emissions.

The second offset scheme, in cooperation with CO2logic, takes place in a location that is very close to the heart of cycling fans – the region around the iconic Mont Ventoux. The Deceuninck – Quick-Step #itstartswithus campaign will partner a project developed by Centre Régional de la Propriété Forestière, which is implementing a number of conservation and reforestation projects in the area. The area is progressively known to be a habitat for wolves, an animal synonymous with the team, with the increased forest area giving them a larger area in which to roam.