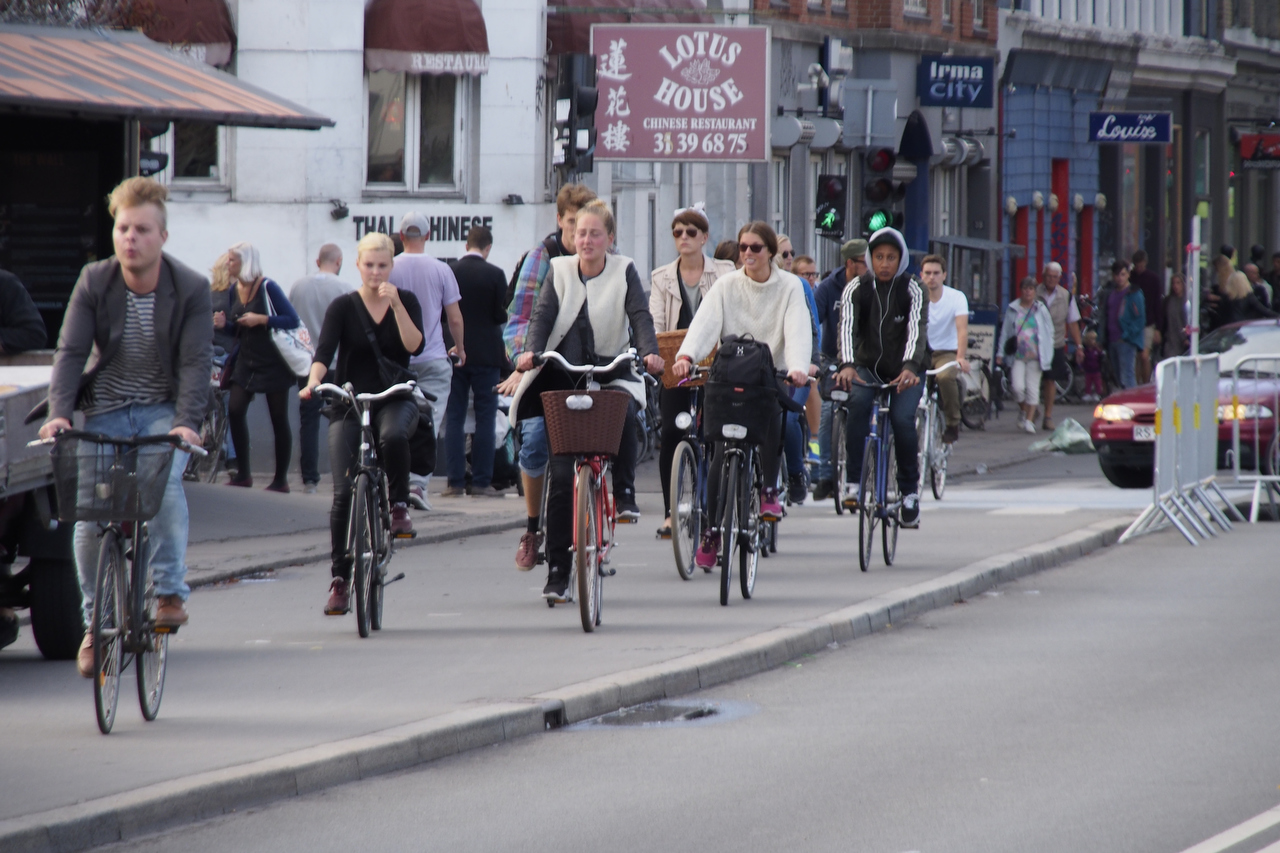 People living in Greater Copenhagen will now have an easier time cycling to work or study, thanks to the region’s new network of cycle lanes. The country’s first Cycle Superhighway – which gives cyclists a safe, smooth ride and eliminates as many stops as possible, opened in 2012, connecting central Copenhagen with the suburban town of Albertslund, 22 kilometer outside the city.

In addition to the orange marking painted on the asphalt that indicates the route, cyclists will also enjoy amenities such as air pumps, safer intersections and traffic lights timed to average cycling speed, reducing the number of stops. The initiatives are intended as a way to encourage more commuters to travel by bicycle, even if their commutes are longer than 5 km.

The Copenhagen-Albertslund route is the first of a planned network that when completed will comprise 28 Cycle Super Highways, covering a total of 500 kilometer. The network will increase the number of cycle lanes in Greater Copenhagen by 15 percent and is predicted to reduce public expenditure by EUR 40.3 million annually thanks to improved health.

“Eliminating traffic jams requires fewer people driving and more people cycling,” said Ayfer Baykal, who heads Copenhagen City Council’s Technical and Environmental Administration. “There are enormous gains to be had if we can get people to cycle in and out of the city. Collaborating with our neighbouring municipalities to build the bike-bahns is the best thing we’ve done for cyclists since we started building cycle lanes 100 years ago.”

A total of 23 municipalities in the Greater Copenhagen area have all collaborated to build the new network of cycle routes. Currently three routes have opened: The Albertslund route, The Farum route and the Ishøj route – and four more will follow in 2017.

The project intends to expand, improve and link existing cycle lanes in Greater Copenhagen, as well as improving signage, so commuters can quickly identify the easiest route available. In addition to signs marking the new route, an orange marking has also been painted on the ground along its entire length.

“One in three people living in Greater Copenhagen say they would cycle more if it were easier to do so,” Vibeke Storm Rasmussen, chair of the Greater Copenhagen Regional Council, said. “The bike-bahn is the best thing we can do to make cycling a real alternative to driving for even more commuters. The more people we can encourage to cycle, the more we can reduce congestion and pollution – both of which will improve quality of life in Greater Copenhagen.”

Before construction on the Copenhagen-Albertslund route began, cyclists were asked to test ride the distance. Their conclusion was that their commute was disturbed most by red lights and crossroads. In order to eliminate those problems, traffic signals along the route are timed to give cyclists a ‘green wave’. Timers also indicate when lights will change.

The improvements, which also include redesigning intersections to make them easier for cyclists to cross, cost DKK 14.2 million.