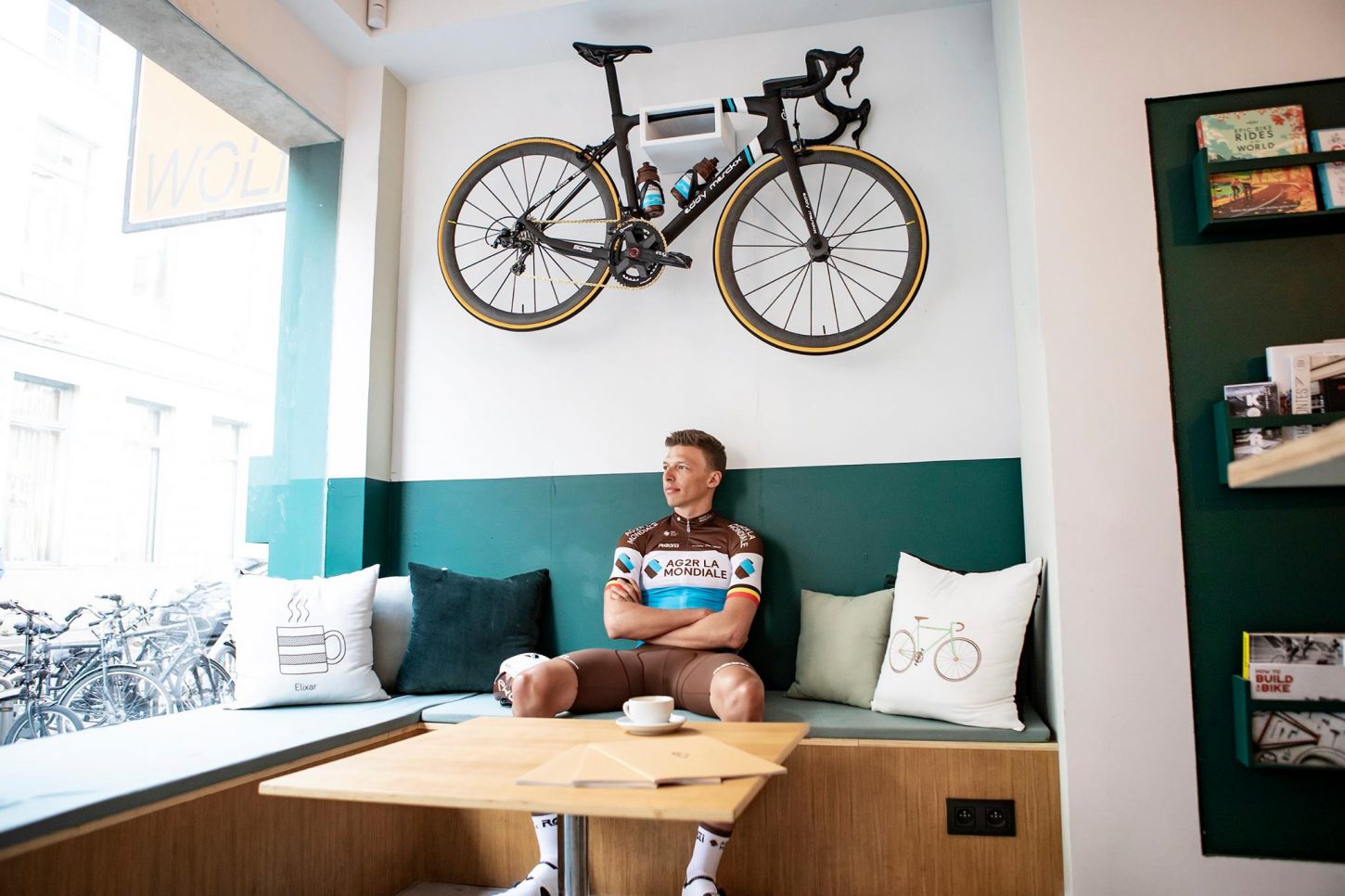 The Eddy Merckx brand has become so stolid over the last decade or so, the Belgian label has almost come to resemble a stale baguette.

Yes, there have been some carbon bikes over the years, but none that have really impressed.

However, since the company was bought-up by its former Belgian rival, Ridley, during the last year, things appear to be shaping up. Particularly, in view of the fact that come next season Eddy Merckx bikes will be ridden under the auspices of the WorldTour AG2R – La Mondiale team.

Indeed, thanks to a few words and some teaser images released on the Eddy Merckx website, one can glean a few details on what purports to be the company’s new flagship 525 road bike.

Still looking a bit brute, the 525 appears to carry-over some of the over-size, angular lines that defined its predecessor, the EM525.

But, obvious changes such as a slimmer rear triangle with swooping chainstays, a new aero-shaped seatpost and a less pronounced fuselage seem to suggest that ride quality and aerodynamics are up.

Other features that stand-out on the 525, are the presence of an integrated headset, top cap, spacers and fork crown that speak the same design language as Ridley’s Noah Fast. Full internal cable routing also appears to punctuate the spurious bike as well.

And, spurious is the right term to describe it, as there’s been no official word on pricing, or even a launch date for the bike from Eddy Merckx thus far.

Jochim Aerts, CEO of Belgian Cycling Factory (which has Eddy Merckx under its umbrella): “Eddy Merckx will be the race bike partner of AG2R La Mondiale for the upcoming 2 years, with the option of a two-year extension.”

“It’s really marvelous news for our bike brand. Timing couldn’t be better either. Next year, the Tour de France will start in Brussels, with Eddy Merckx himself as the main guest. It will be 50 years ago Eddy has won his first Tour de France. Perhaps Romain Bardet can do the same, riding an Eddy Merckx. It’s a dream coming true.”

“Our R&D department, together with 40 years of Merckx engineering experience, developed a brand-new flagship: the 525. The riders of AG2R La Mondiale will be the first to race with our new top-of-the line bike. Every Merckx enthusiast will be able to buy the bike at the start of the Tour de France.”

“The match we have with AG2R La Mondiale is just perfect,” continues Aerts, “the team is giving us the opportunity to show to the entire world our Merckx bikes are once again at a world-class level. Without compromising our ‘Modern Heritage’ identity! And, take a look at the bike. The minimalistic lifestyle design of the AG2R La Mondiale team bike is already the perfect example.”

Vincent Lavenu, general manager of the AG2R LA MONDIALE team: “We are proud to partner up for two seasons with Eddy Merckx bikes. Throughout our discussions, I appreciated the professionalism and the mindset of the management team, which is committed to providing our team with high-performance equipment. Our two companies are driven by common values as well as the search for performance, and we are confident that the relationship will be strong and fruitful.”

“We will have access to very high-end equipment, which is exactly what we are looking for in order to achieve the highest sporting goals when racing all over the world,” Lavenu continues, “Personally, I am happy to see the name of Eddy Merckx, one of my childhood idols, appear on the jerseys and bikes of our team.”

Eddy Merckx, Cycling Legend:“I’m proud to have a WorldTour team riding Eddy Merckx bikes at the Tour de France next year as a tribute to the 50th anniversary of my first Tour victory.”