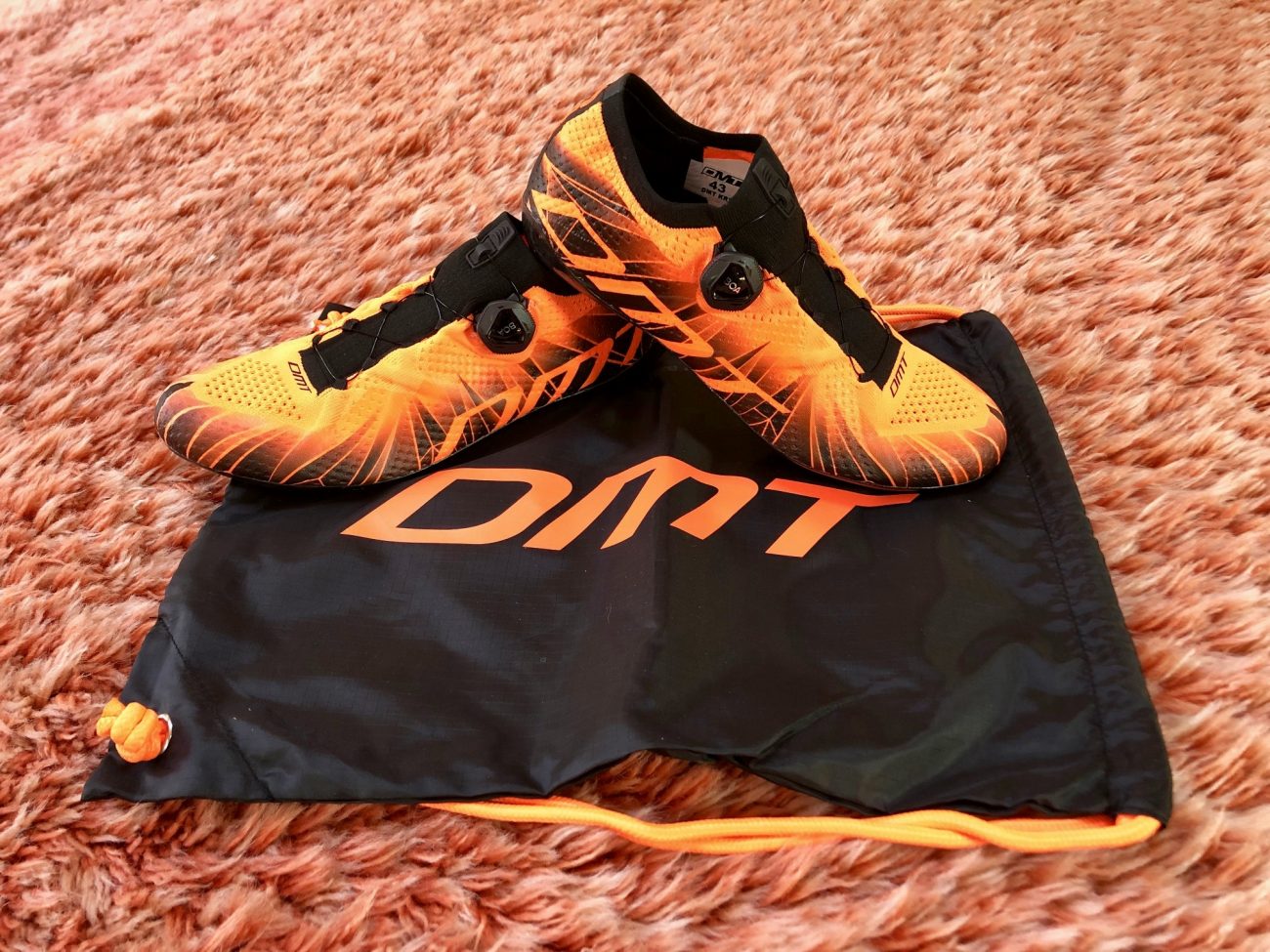 20 May 2021
By Gianni Pericolo - In FEATURED ARTICLES, LATEST ARTICLES, THE DOUBLE DIAMOND

Given the RS1’s bold, innovative skeletal construction, it was hard to imagine that DMT could come up with a new design that could surpass it in terms of technology and design.

But, that’s precisely what they did with the new KR1. Moreover, as far as aesthetics are concerned, if I thought the RS1 looked futuristic, the design of these new cycling kicks pushes it back into the Dark Ages.

Like the RS1, the KR1 was also developed alongside Viviani, who rigorously tested the shoe during last year’s WorldTour calendar prior to its release.

So, how does the KR1 perform?

Above and beyond the KR1’s bold aesthetics, the first thing one notices is how light the shoe is, which according to DMT tips the scales at a feathery 240 grams.

Once on, the KR1 feels snug thanks to the 3D Knit anatomical liner, but not to the extent the shoe feels undersized.

In fact, like all DMT shoes in the past, the sizing is spot on. But, the KR1 definitely has a glove like feel to say the least, which explains why DMT includes a shoehorn with each pair, something that I would otherwise view as a gimmick.

Adjusting the fit is a cinch given DMT’s lacing design and its one BOA dial retention system that nicely envelopes the top of the foot and cradles the heel.

As a result, the need for special insoles or custom footbeds of any kind have all but been eliminated.

After logging in hundreds of miles in the DMT’s, I can honestly say that the KR1 is easily one of the most comfortable and best performing road shoes that I’ve experienced to date. And, having reviewed a vast number of high end cycling shoes over the years, a veritable list of the most expensive and sophisticated brands on the market, I’m not one who easily speaks in superlatives.

While, I’ve used this phrase in the past to describe other premium cycling shoes, the KR1 truly creates the sensation of having an iron foot in a velvet shoe, delivering power with each turn of the pedals that feels almost catapulting at various angles of one’s pedal stroke, all along providing unparalleled comfort and support.

Oh, and if you’re an inveterate euro-geek who’s a slave to fashion like me, the styling quotient of the KR1 is unmatched, especially in the wild orange color.