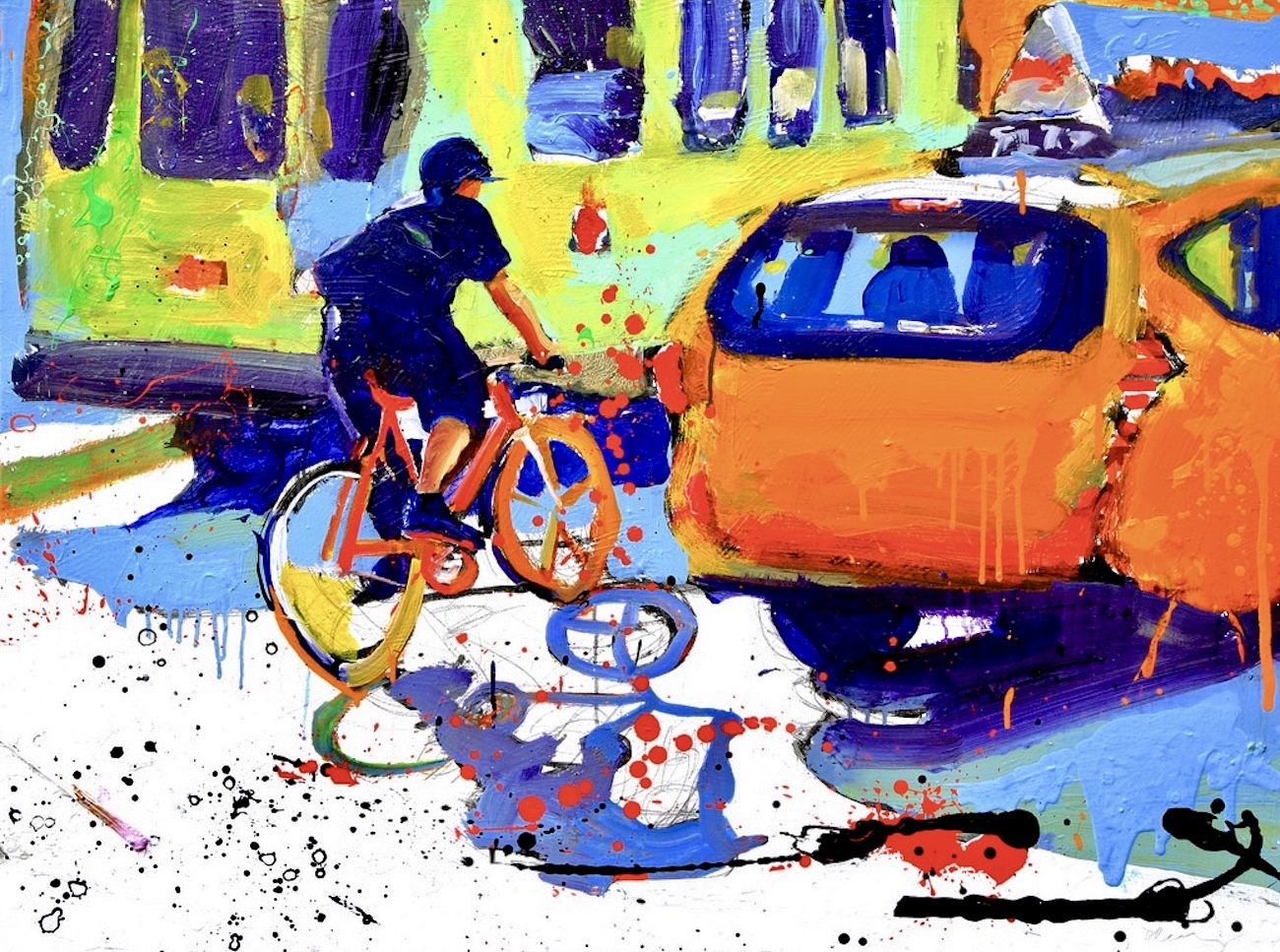 A recent article titled Evidence from Urban Roads without Bicycle Lanes on the Impact of Bicycle Traffic on Passenger Car Travel Speeds that was published in the Journal of the Transportation Research Board, indicates that bicycles do not significantly reduce passenger car travel speeds on low speed, low volume urban roads without bicycle lanes. Authored by Jaclyn Schaefer, Miguel Figliozzi, and Avinash Unnikrishnan of Portland State University, the research shows that differences in vehicle speeds with and without cyclists were generally on the order of 1 mph or less — negligible from a practical perspective.

A concern raised by some motorists is that, on urban roads without bicycle lanes, cyclists will slow down motorized vehicles and therefore create congestion. Researchers evaluated speeds on six roads in Portland at different times of day, including peak traffic hours. They did a detailed comparative analysis of the travel speeds of passenger cars on lower volume urban roads without bicycle lanes, and found that a 1 mph differential in speed caused by the presence of a cyclist would not cause congestion.

The study also found that cyclists riding on a downhill road, and therefore traveling faster, were less likely to be overtaken by motorists. In a Forbes article on the research, “Cyclists Don’t Cause Congestion: ‘Must Get In Front’ Maneuvers By Motorists Pointless, Finds Study,” Figliozzi agreed that this has possible implications for e-bike riders, who can often travel at faster average speeds than cyclists on standard bicycles.

“[Those on] e-bikes are not as affected by uphills, and have better travel performance regarding speed and acceleration. In a low volume and low-speed street, motorists are less likely to overtake e-bikes because the speed differential is smaller or maybe zero,” Figliozzi told Forbes.

This research was first presented by Jaclyn Schaefer at the annual meeting of the Transportation Research Board. Jaclyn is a recent Eisenhower Fellow and NITC Scholar, and is currently wrapping up her studies as a master’s student at Portland State University.

“The hope is that our study dissuades policymakers from tossing out shared roadways as a viable option because of the perception that bicyclists will impede the mobility and speed of drivers,” Schaefer shared. “While the preference is to separate modes through separated, protected bike lanes — that’s not always possible in every urban setting. ‘Bike boulevards’, or ‘neighborhood greenways’ as we call them here in Portland, are great alternatives on low-volume, low-speed roads to build out a safe, well-connected bicycle network.”

Due to limitations regarding homogeneity among some site characteristics, this study is currently being expanded to include a large number of sites displaying a more diverse range of functional classifications, roadway markings, speed limits, roadway grades, and traffic volumes and compositions. Additionally, the new study will explore how oncoming traffic speed and volume may affect opportunities for overtaking bicycles, and the potential connection to passenger car speeds on roads without bicycle lanes.