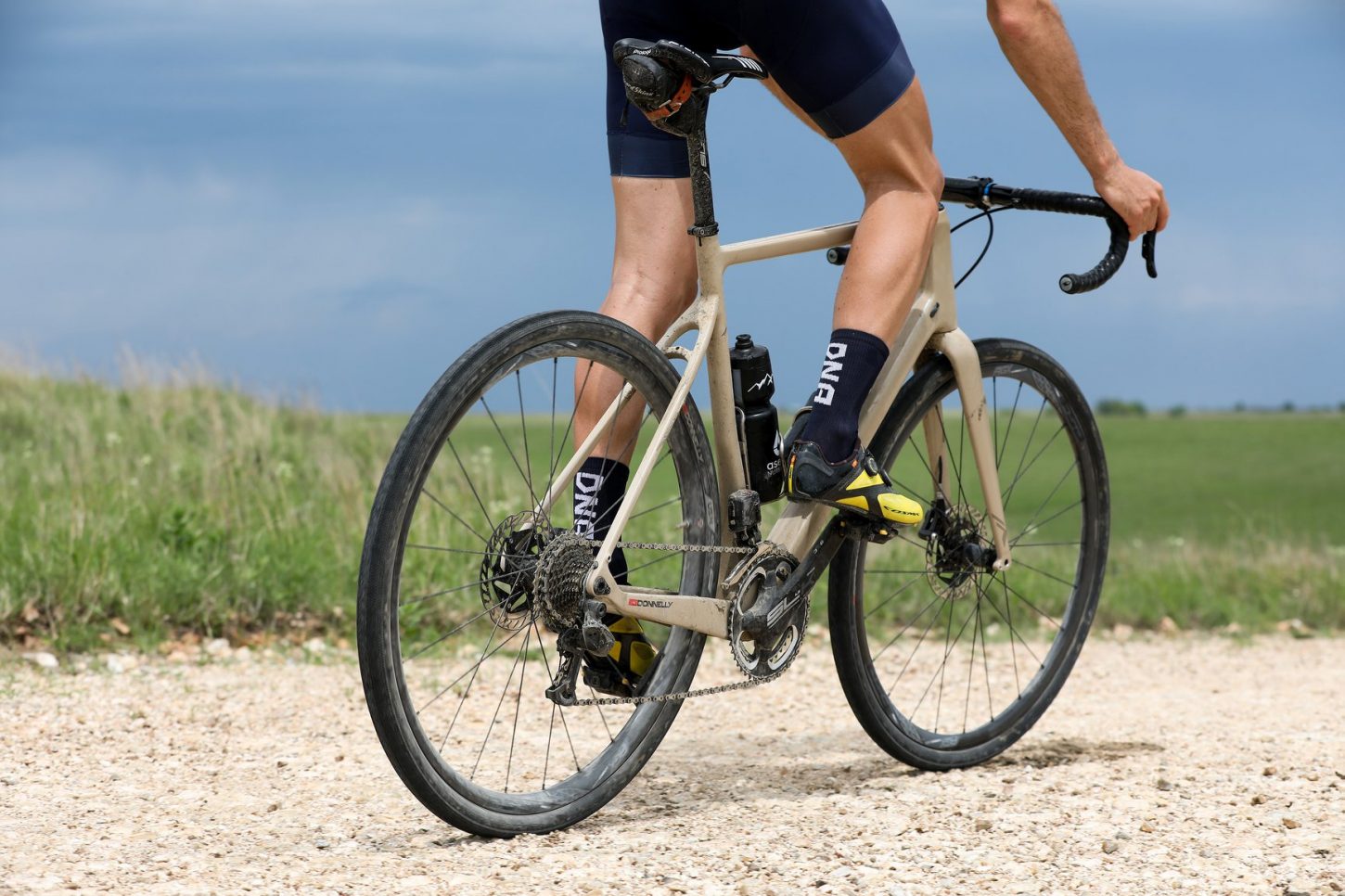 30 May 2018
By Lord Velo - In FEATURED ARTICLES, LATEST ARTICLES, THE DOUBLE DIAMOND

For many years, Donnelly was the company behind the sought after Clement tire brand. Donnelly later left the French brand behind, taking its proven technology with it to establish its own range of tires under its own name.

Donnelly has since become the go-to brand for cyclocross racers and off-road enthusiasts, most recently developing their own series of wheels to match the performance of their rubber.

Not surprisingly, Donnelly has come full-circle with the launch of two gravel specific carbon bikes called the G//C Force and G//C Rival, which will make their debut at this weekend’s Dirty Kanza 200 bike race in Kansas.

Both models will be available as either a frameset or a complete bike, which will retail for $1,999 for the frameset only, while complete bikes will range between $2,999 to $3,999 depending on the build.

Naturally, each model will come equipped with both Donnelly wheelsets and tires, along with SRAM and FSA components.

According to Donnelly, the framesets are designed to accommodate tires up to 45mm for 700c wheels, or 50mm for 650b wheels.

“We’re not trying to straddle categories. The ‘cross frame is a race-specific machine, although someone could use if for other purposes. And the gravel bike was designed as a performance-oriented gravel bike. Our tires have always been purposefully designed for specific use and we kept that same mindset with the frames and bikes,” he said.

Kellogg worked with Rolf Singerberger of RS Development to develop the frames. Singerberger is the former head of development for BMC and for Eddy Merckx bicycles. “We were extremely fortunate that Rolf was available to direct the bike project,” said Kellogg. “These are world class frames.”

You can learn more about the new Donnelly bikes by visiting the company’s website here.