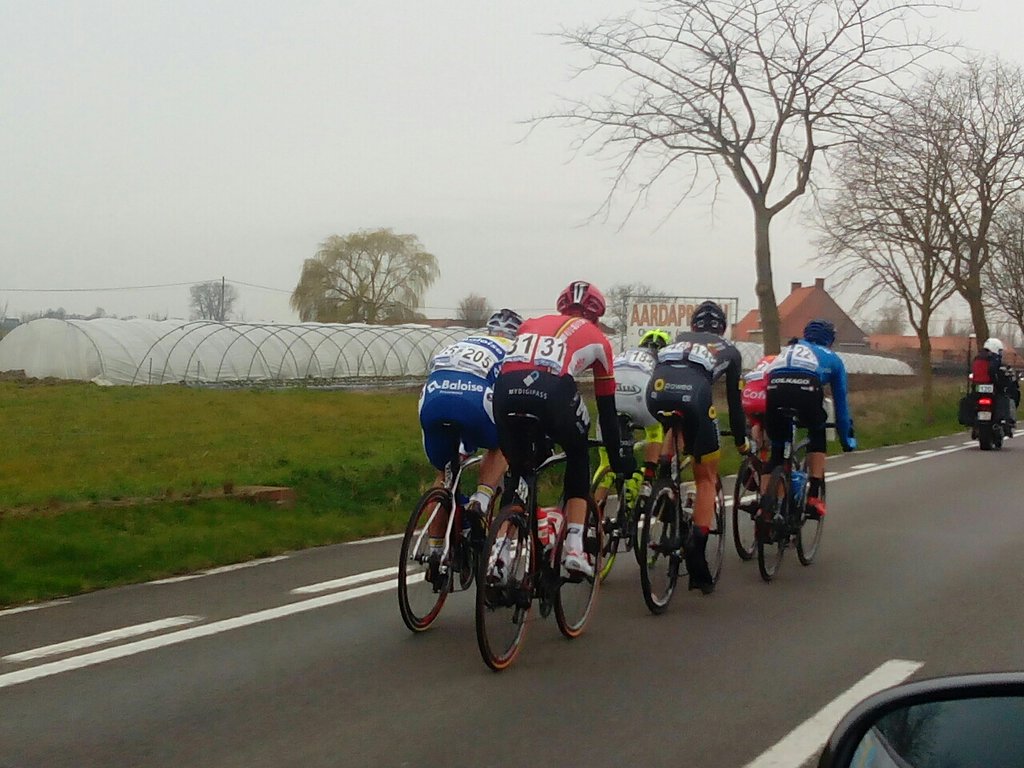 Marcel Kittel (Etixx-Quick Step) redeemed himself today, after losing yesterday’s sprint finale, by winning the final stage of this year’s Three Days of De Panne in a sprint finish ahead of Phil Bauhaus (Bora-Argon 18) and Alexander Kristoff (Team Katusha).

Meanwhile, Kristoff kept his grip on the overall race lead by 7 seconds ahead of Alexey Lutsenko (Astana), followed by his teammate Lieuwe Westra, a further 5 seconds back.

Undeterred by the early morning start, 7 riders succeeded in riding clear of the peloton from the outset of today’s race.

However, a watchful peloton was careful not to let them stray too far. And, once the race reached the final 6 kilometers, the breakaway group was reclaimed by the chase.

From there, Hugo Hofstetter (Cofidis) attempted a solo attack, along with his teammate Kenneth Vanbilsen.

Not long however, chaos struck the peloton, with 7 riders crashing into the barriers during the final 300 meters.

Kittel and Kristoff managed to avoid the pile-up, as did Bauhaus.

Capitalizing on the reduced peloton, the trio led the group into final stretch with Kittel emerging as the victor.

“The stage itself was not difficult; it was flat, there was little wind we controlled the race,” Kittel said afterwards

“The last lap was very difficult, it was difficult to maintain the position and I lost it once, but Sabatini helped me to get back up. The last corner is incredibly difficult, if you don’t not get through in the leading positions, you have no chance. But I finally got a victory at De Panne and so I’m very happy,”

Choosing his words words carefully, Kittel spoke out about the dangers of the finishing circuit in De Panne, calling on the race organizers to make improvements.

“Honestly and to be constructive for the future, I think there should be a fewer corners before the finish. Also with the last lap, with the tram rails inside the last 10km is something you can improve. I think the organisers can maybe have a look at that and maybe there is something possible,” he said.

Racing continues today, with a final individual time trial scheduled for this afternoon.

General classification after stage 3a