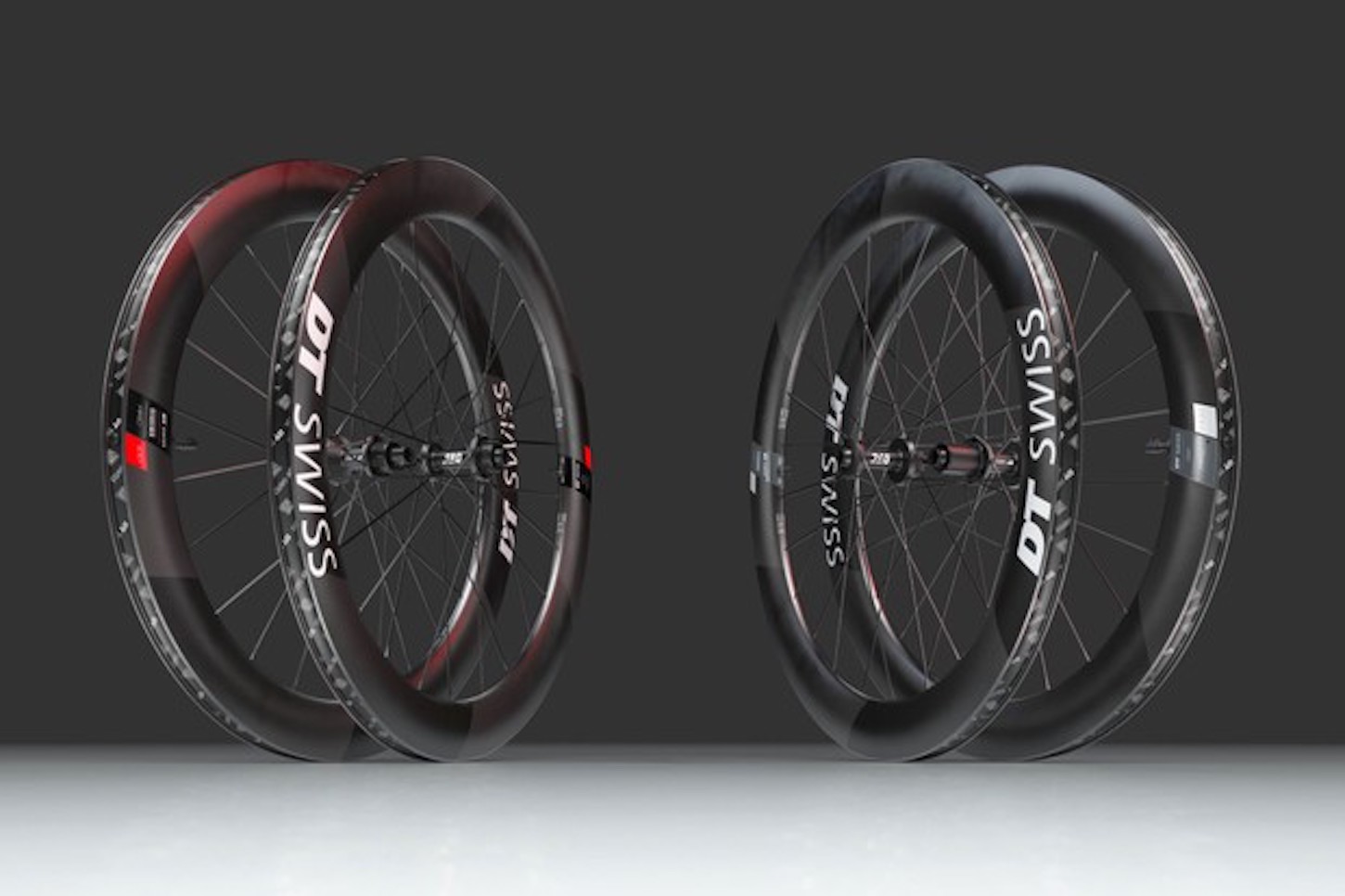 Offered in depths of 50mm, 62mm and 80mm, as well as a 650b version that’s 50mm, DT Swiss has opted for a 20mm-wide internal width, allowing for even wider tires this time around.

Extolling the benefits of both V and U shaped rim profiles, DT Swiss says the new ARC DICUT range maximizes airflow by reducing the turbulence between the tire and rim.

“The design means that little turbulence as possible occurs at the transition area between rim and tire, so airflow will follow the shape of the rim for as long as possible… to delay stalling,” explain DT Swiss.

As mentioned, the new range is tubeless-ready, featuring a hooked rim design that’s been optimized for 25mm tires, but can also accommodate tires up to 28mm.

Additionally, the ARC DICUT 1100 wheelsets have been treated to the brand’s new new Aerolite II and Aerocomp II spokes, which both feature an updated flattened aero design that DT Swiss claims reduces rotational drag by up to 1.1 watt compared to the outgoing Aero Comp. Moreover, the new spokes utilize a proprietary T-head at the hub end, thus preventing them from rotating at the hub end and simplifying truing.

Lastly, the upper-level ARC DICUT 1100 wheelsets also include the redesigned 180 hubs with ceramic bearings that are based around DT Swiss’ Ratchet EXP freehub design, while the downstream DICUT 1400 wheels are built around the company’s Aero Comp spokes and 240 hubs with steel bearings, along with the same Ratchet EXP freehub and shell to reduce cost.