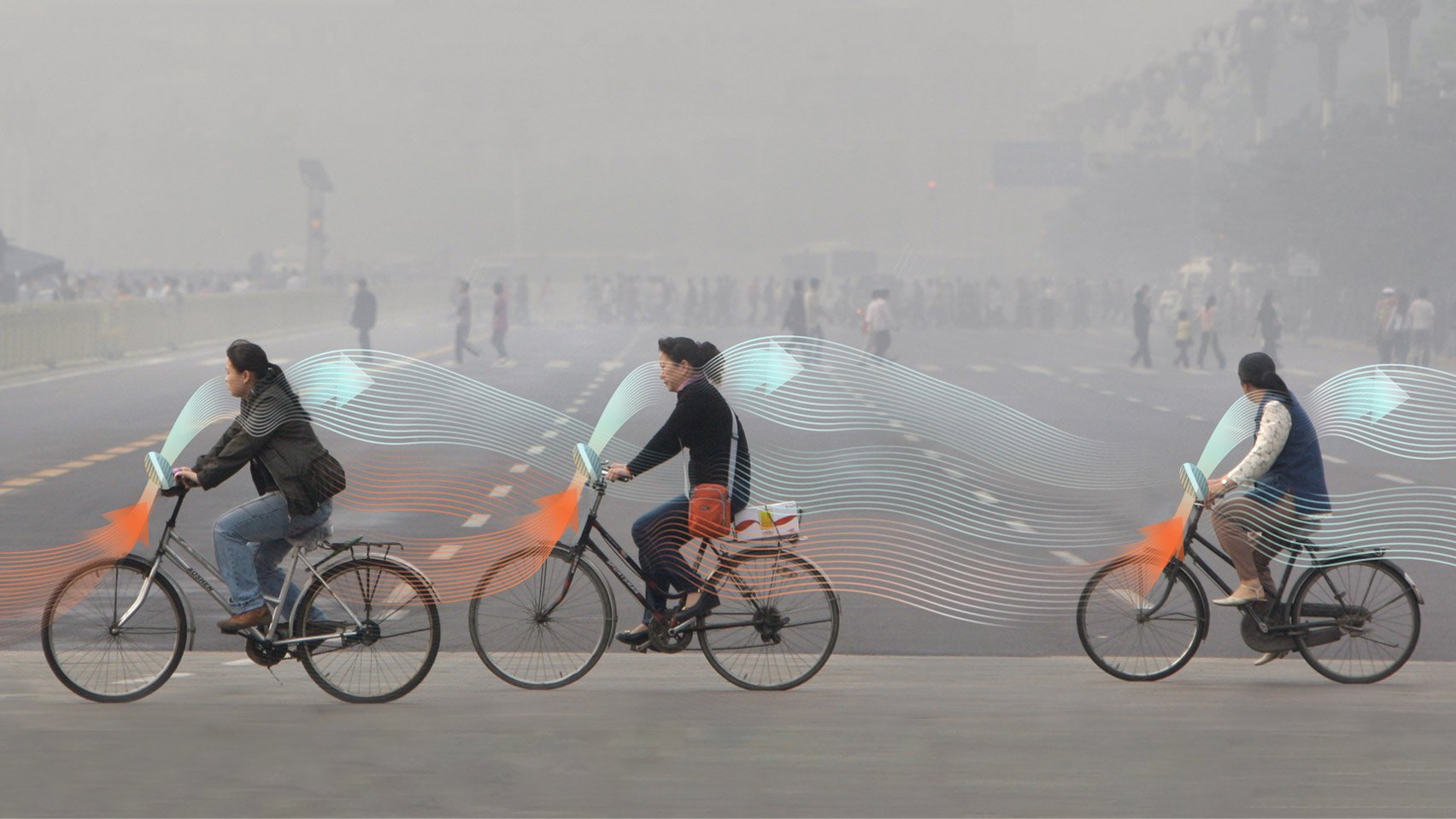 Dutch innovator Daan Roosegaarde has unveiled his latest anti-pollution project, the Smog Free Bicycle, which he claims can intake polluted air, clean it and release it around the cyclist.

The Smog Free Bike is Roosegaarde’s latest concept in his quest for reducing air pollution in major cities across the world, which has previously seen him design the Smog Free Tower, which he installed in Rotterdam, and more recently Beijing.

The tower, which essentially works as a huge vacuum cleaner, creates a pocket of clean air in its vicinity, offering respite from hazardous levels of pollution, wherein the polluted air is sucked in at the top of the tower, followed by purified air that’s released through vents on its four sides.

While Roosegaarde’s bike is currently at the concept stage, it would work in a similar way to the tower – making sure that the air surrounding the cyclist is clean and safe.

“The bike is a perfect model,” says Roosegaarde. “It has a double function as it cleans the air and reduces congestion while being healthy and energy-friendly.”

The Dutch designer, who heads up his own firm Studio Roosegaarde, sees the bike being embraced by bike sharing programs in polluted cities across the world – especially in China.

“The bicycle is part of the Dutch DNA of course, and Beijing and other cities in China used to be bike cities,” he said. “We want to bring back its prestige and follow our ethos of making citizens apart of the solution instead of the problem.”

“It will always be connected with big programs of government and green technology and electric cars. They do top-down, we do bottom-up, and we meet in the middle.”

According to a report recently published by a professor at the Eindhoven University of Technology, the Smog Free Tower demonstrated positive results of reducing pollution.

“For a tower in an open field in calm weather, this provides PM10 reductions up to 45% and PM2.5 reductions up to 25% in a circle with diameter of more than 20 m around the tower. When the tower is applied in semi-enclosed or enclosed courtyards, the beneficial effects can be much larger”, reported Blocken.

There’s also a by-product from both the Smog Free Bike and Smog Free Tower too, as the dirt particles captured can be made into unique jewelry, whereby every 1,000 cubic meters of smog can be turned into a fake diamond.