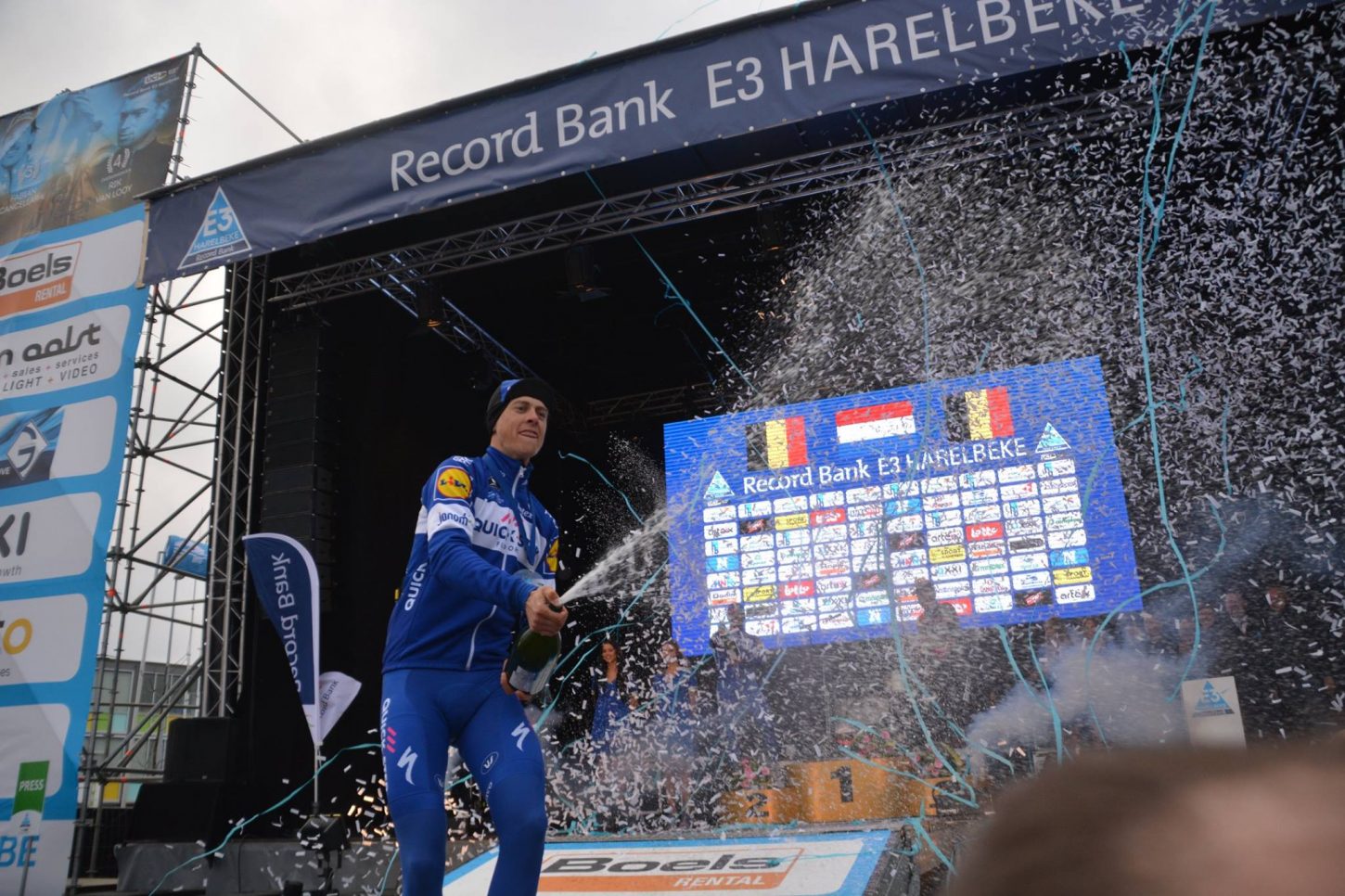 Despite his advantage being reduced to a mere 10 seconds in the end, the Dutch rider managed to remain out front for more than 40 kilometers to claim the honors in today’s cobbled race.

Terpstra found himself part of two-man breakaway attempt alongside teammate Yves Lampaert with 70 kilometers to go.

Terpstra later jettison Lampaert with 40 kilometers still remaining, while his former companion eventually drifted back to the ranks of the chase group.

While teammates Lampaert, Gilbert and Zdenek Stybar proceeded to disrupt any effort to organize a chase, Terpstra continued to maintain his precarious gap.

However, with 5.5 kilometers to go, Van Avermaet initiated a late flurry of attacks, but to no avail.

With 2 kilometers to go, the chase now appeared to have lost its impetus, allowing Terpstra to grit his teeth and hold on to take a heroic solo win.

Meanwhile, Gilbert made a late attack during the final kilometer to seize second place on the podium making it 1-2 for the Belgian squad, while defending champion Van Avermaet won the sprint for third place.