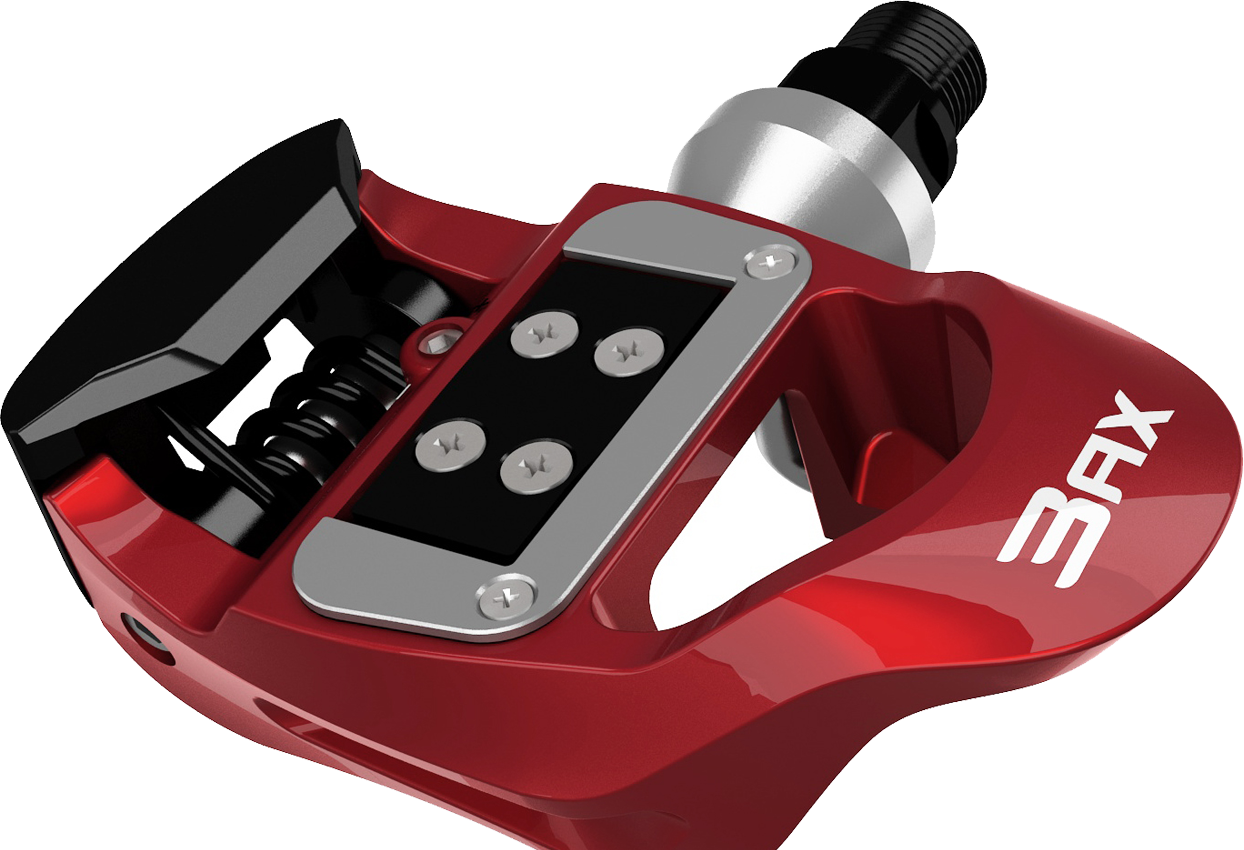 20 Jun 2016
By Campionissimo - In LATEST ARTICLES, THE DOUBLE DIAMOND

The pedals first broke cover a couple of years ago, when the inventors behind the 3AX turned to crowd-funding on Kickstarter as an initial means of getting their pedal system into production.

According to Edco, the aluminium bodied pedals are made in the Netherlands and weigh a claimed 390g per pair, which is quite hefty in realm of bike pedals.

Edco says, the 3AX’s axles are made from a proprietary alloy and are 54mm long. The pedals’ stack height is 12.5mm and the system uses standard 3-bolt cleat mounting, which includes Look Keo compatible cleats and hardware.

“The 30 rider test pool, which consisted of both professionals and enthusiasts, consistently reported more comfort, less fatigue, and better performance while cycling.”

“The pedal tilts when it moves laterally, since it moves on an arc, not a straight line,” said 3ax inventor and co-founder Stefan van Eijk.

“This rocking motion, this extra degree of freedom, improves your leg alignment without compromising the stability of the pedal platform.”