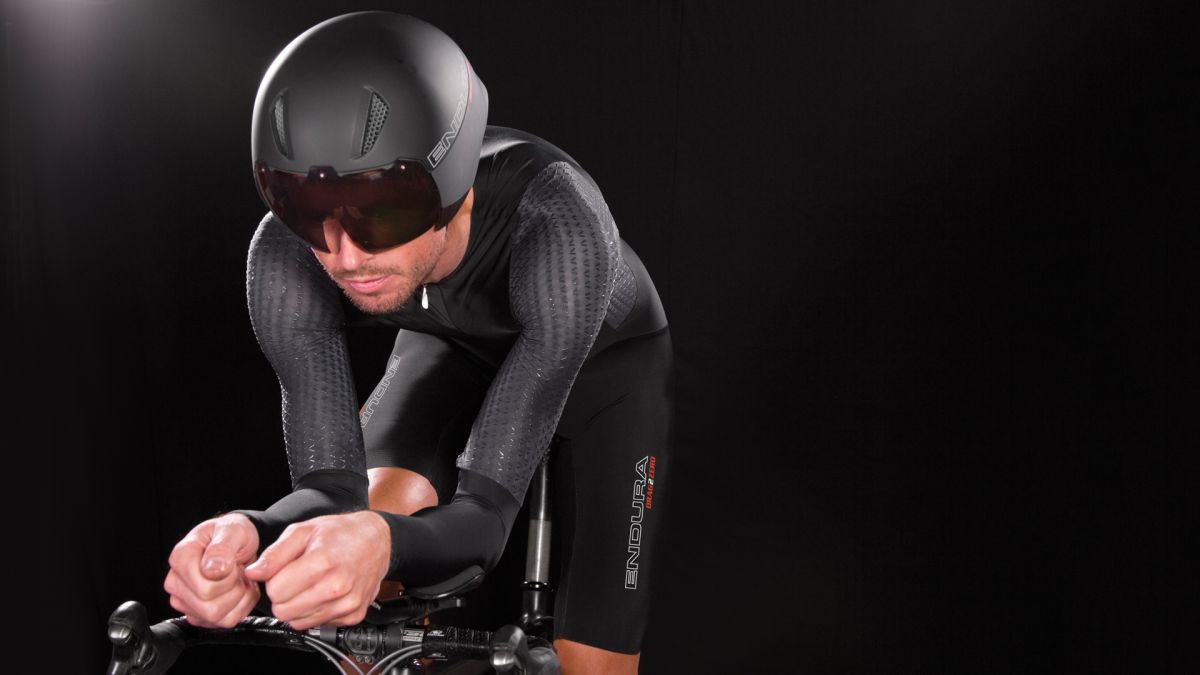 First spotted at last year’s Interbike and Eurobike shows, Endura has finally unveiled its new helmet to the cycling masses called the Aeroswitch Drag2Zero, which may very well be the slipperiest aero lid to date.

Nevertheless, according to Smart, after testing virtually every helmet on the market, he claims the Aeroswitch can achieved a drag savings of 11.8 watts over the average time trial helmet, and 3.6 watts over its toughest competitor.

In addition, the Aeroswitch also features a newly designed magnetic visor with integrated vents along the top in order to combat fogging, along with an integrated Koroyd inner core that replaces conventional expanded polystyrene (EPS) found in most other helmets.

Unfortunately, for us yanks the AeroSwitch is not yet available in the United States.