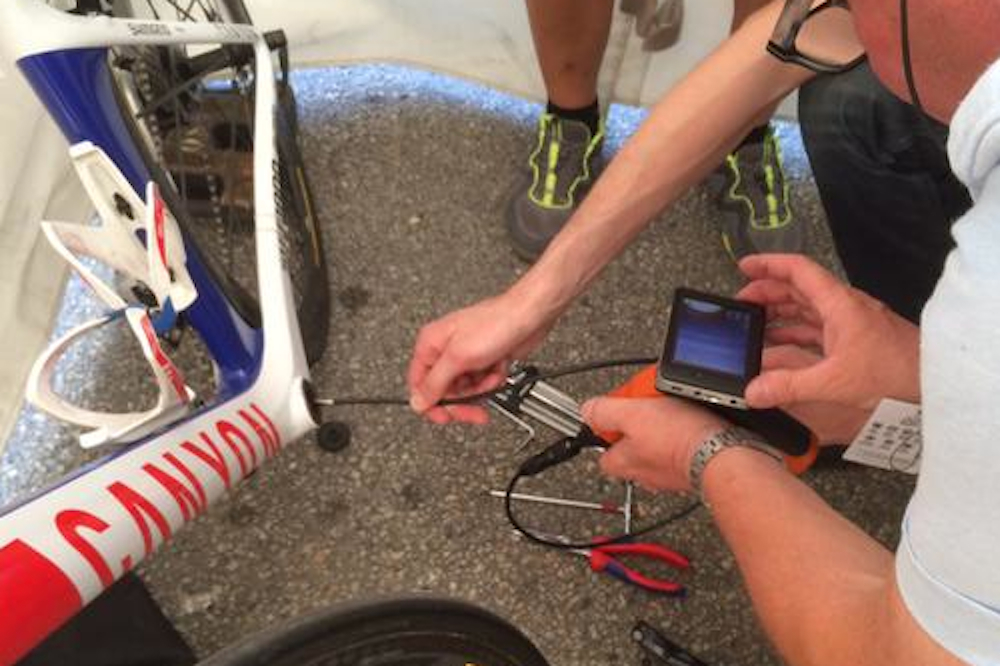 For example, Mariën says, that confiscating a bike on a public roadway could be complicated from a legal point of view.

“I’m wondering, if the UCI wanted me to check bikes like at the Amstel Gold Race on Sunday morning, and let’s say I discovered a bike there that was, let’s call it, imbalanced, and I would like to take it with me. Do I have the power, as a UCI commissaire, to confiscate the bike? I don’t think so. Honestly, I don’t think so.”

As a result, Mariën feels the need for specific protocols to be put in place with regard to confiscating a bike.

“I think there should be a procedure with a form signed by the rider, by the team manager, by the UCI, in which all three agree the bike will go with the UCI for further investigation. I know they [the UCI] are working very hard on it to get a proper legal basis to do that.”

Mariën believes the over-arching legal issue here, has to do with the fact that cycling takes place in the public domain.

“A comparison is, if you go to a football stadium, they close the doors and nobody, sort of, gets out. But on big roads, if you want to hide and run, there’s no problem, you can run. Nobody will be there to stop you.”

A recent investigation by French TV channel Stade 2 and Italian newspaper Corriere della Sera used a heat camera to point out possible hidden motors that were used during this year’s Strade Bianche and Coppi e Bartali races. While, Mariën feels this may be an effective method of detecting mechanical doping offenses, he cites the cost issues, logistical questions and the use of X-rays in public, as major concerns.

“This system uses X-rays, the same as in hospitals, and so you need special authorisation to use this system in public outdoors and that’s a big issue. The Belgian Federal Agency for Nuclear Control (FANC) refuse to give authorisation to use these systems in public for security and health reasons. And another thing, it’s very expensive and logistically it’s very difficult.”

In the end, Mariën believes the UCI’s current tablet testing system to detect hidden motors is much more straightforward by comparison, and poses little to no risk in the way of public health concerns.

However, Mariën says he believes there will be some limits to whatever system is finally adopted.

“It’s the same as anti-doping controls. You cannot investigate if every single rider took medication or not. That’s quite a big issue. And don’t forget these are on open roads, if people want to run away, who’s going to stop them?”