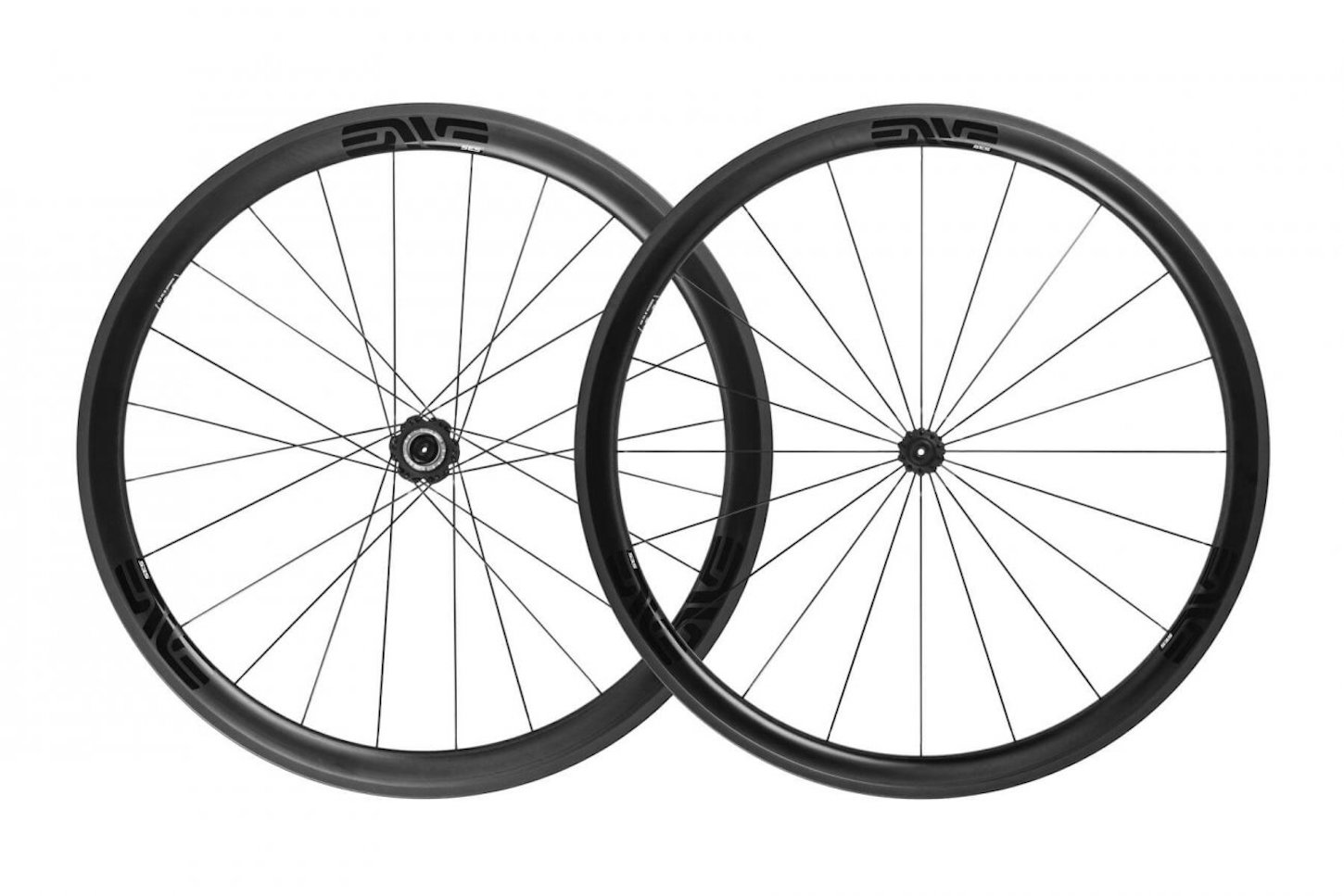 For what it’s worth, I can claim bragging rights for being one of the first, if not the first, owners of a pair of EDGE carbon tubular wheels back in the day.

For those unfamiliar with the brand, EDGE was the precursor to ENVE, which was launched backed in 2007. The Utah-based company was first created by a contingent of ex-Reynolds employees who decided to branch out and develop new technologies that everyone in the domestic wheel manufacturing industry said they couldn’t – especially their former employer.

It wasn’t long before the competition became victims of an acute case of Schadenfreude, as EDGE went on to develop carbon wheelsets of unprecedented quality and sophistication, developing new techniques in carbon fiber fabrication including innovations in brake-track technology and brake pad composition, unlike any other company on these shores.

EDGE later morphed into ENVE, turning out wheelsets of increasing sophistication along the way that not only capitalized on the latest industry trends, but in some instances set new ones across all disciplines including the ever-emerging gravel segment.

Over the years, I’ve had the good fortune of riding just about every road specific models both companies had to offer, leading up to ENVE’s most recent SES 3.4 carbon tubular wheelset. Yes, there are still some of us who are sew-up devotees.

As the SES inscription implies, the new wheelset is based on aerodynamic profiling developed alongside leading aerodynamicist Simon Smart, wherein the 3.4 underwent extensive testing to not only ensure optimal weight, strength and stability, but to create a wheel that was faster across a range of different style of road bikes.

In the end, ENVE chose slightly staggered rim depths of 38mm (front) and 42mm (rear), along with the same internal and external widths of 21mm and 27.5, tensioned by Sapim CX Ray spokes laced in a 20/24 pattern. The result, is a wheelset that’s been optimized to work best with 25mm tires, and tips the scales a feathery 1285g with ENVE’s new carbon hubs.

Speaking of hubs, while there are numerous companies that offer premium hubs, and ENVE has done an admirable job of sourcing some of the very best for its wheels over the years, I’ve longed to see them develop their own.

Perhaps, I’m forgetting how much research, development and manufacturing that goes into creating a proprietary hub, which is often outside the resources of many wheel brands. Nevertheless, in my mind, the very best wheel designs have always involved a “total” approach, meaning every aspect of the wheel has followed a specific design language, carefully developing each and every component of the wheel to achieve that magical word – SYNERGY. And, ENVE has nailed it with their new carbon hub.

While, there’s plenty of additional white paper that delves into why the new SES 3.4’s and its hubs represent ENVE’s latest achievements in carbon wheel technology, suffice to say that most enthusiasts really want to know how they perform.

As someone who’s had the privilege of owning some of the very best wheels available from companies like Lightweight and Corima, I even had the opportunity to buzz around on a set of $12,000 Gokiso wheels for a short time, given my wheel palmarès I’m not someone who easily speaks in superlatives when it comes to reviewing wheels. So, the bar was already set high for the ENVE’s.

Despite not being able to get out on the 3.4’s until the later part of the season here in New England, I still managed to log in serval hundred miles on them.

For starters, the wheels were mounted up with some of my favorite tubulars, Tufo’s 25mm Elite Ride. While they’re not the plushest sew-ups, their vulcanized construction results in precise mounting and perfect run-out – a good start for the ENVE’s. Also, axle spacing and dish were dead- on, placing the wheel in perfect alignment with the frame’s drop-outs and rear-triangle. For anyone who’s a wheel connoisseur like myself, even nowadays this is not to be taken for granted.

Here in western Massachusetts, we have some of the most diverse riding terrain imaginable, everything from picturesque valleys for the rouleur, to leg-breaking climbs for the grimpeur who likes to be challenged gravity. Needless to say, it takes a diverse wheelset to traverse these parts.

My first impression right out of the chocks, was how smooth and quiet the 3.4’s were, especially the hubs which had a silky smooth feel and an almost silent operation, something that I hadn’t experience in a wheelset in a very long time – think Velomax’s glorious hubs from back in the day.

From that point onward, the hoops were subjected to every kind of terrain that I could throw at them, including swapping them amongst various high-end bikes in my stable that were equipped with different groupsets in order to gauge their adaptability, and nothing even remotely phased them.

Indeed, climbing on the 3.4’s felt aloft, while plunging descents were rewarded with rock solid stability with not so much as a hint of shutter or poor modulation under heavy braking, and everything in between was met with aplomb. Again, switching between different bikes with different drivetrains was further proof that ENVE had done its homework with respect to versatility.

In the end, the 3.4’s have caused me to rethink my position on wheels. While, most of the high-zoot wheelsets that I’ve owned over time have afforded me some very special riding experiences, in hindsight some of them could almost be characterized as being hyper wheels, meaning there’s certainly a performance advantage to be gained by them under the most demanding of riding situations. But, short of that, they can feel a little harsh and a bit restrained – kind of like a having a hyper sports car as a daily commuter. Whereas, the ENVE’s performed in a much more linear manner, lending themselves to comfort, balance and poise under all riding conditions.

If I were to continue along with the sports car analogy, I would describe the 3.4’s as the equivalent of a Bentley Continental GT that drove up the arse of a Porsche GT3.

At $3,000, including ENVE’s nicely designed titanium skewers, wheelbags, brake pads and other gubbins, the SES 3.4 is a tremendous value.

Oh, and for the rest of the cycling mortals, there’s also a clincher version available for the same price.