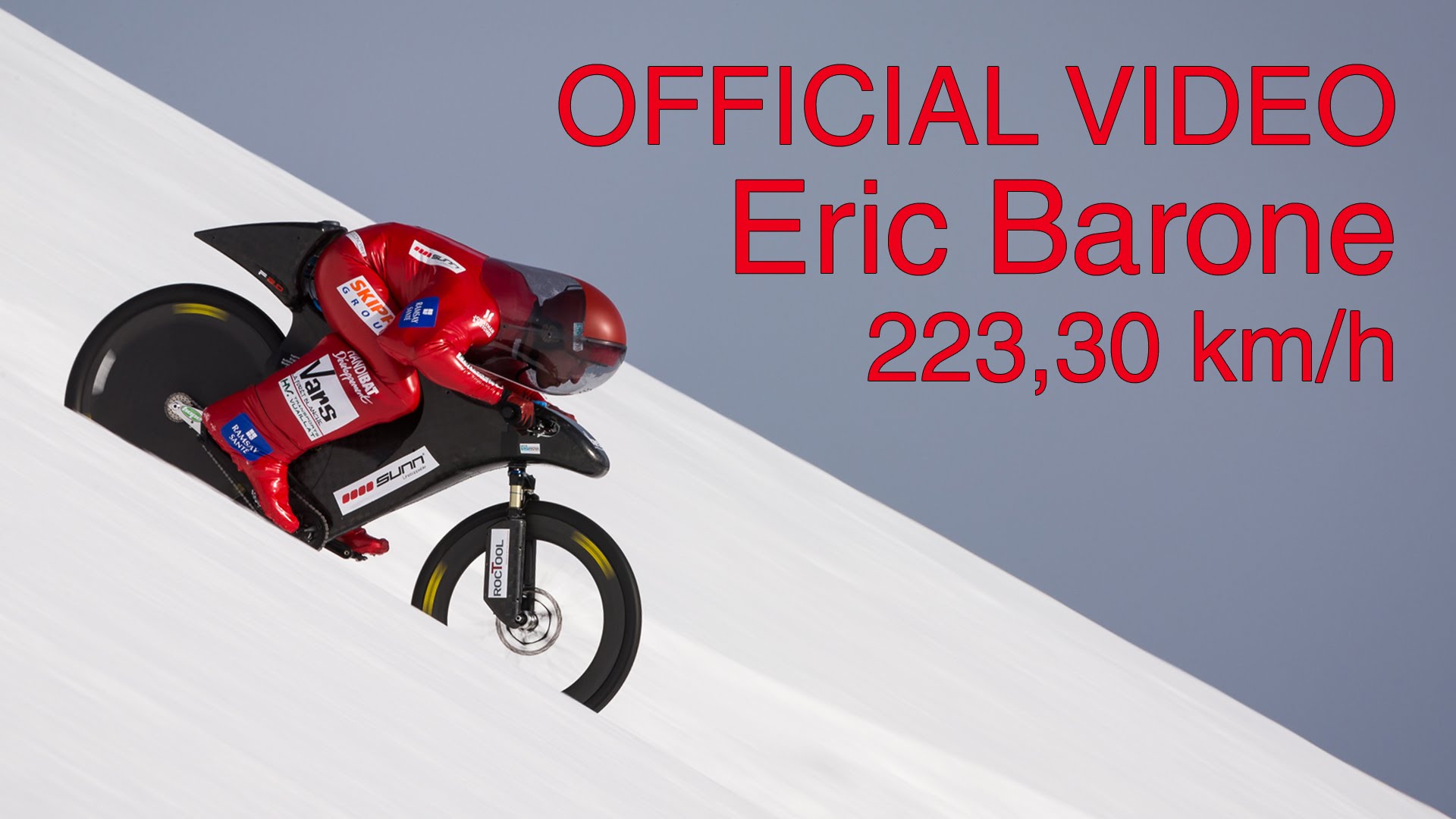 Holding the current world record and a near death experience was just not enough for Eric Barone aka “The Red Baron”. On March 28th 2015 he took to the slopes of the Vars ski resort, this time setting yet another world record for the highest speed on a downhill bike, beating his own time set in 2000 by a further 1km/hr and reaching an incomprehensible speed of 223.3kph (138.752mph).

Despite further extending his record, conditions were far from ideal. Constant wind speeds of 55km/h, gusting at 70km/h at the 2700m summit, and poor surface conditions for the first 300m of the course made for an excruciatingly nerve wracking attempt. Yet despite the conditions, officials gave the all clear for the ride to go ahead.

Eric Barone (55) carried out a trial run on his test bike ‘The Mule’ before becoming ‘The Red Baron’ donning his iconic red jumpsuit aptly named the ‘Suit of Light’, and climbing aboard the Race F2.0, an impressive looking downhill bike with full carbon fibre fairing and custom produced Mavic wheels.

The poor start to the course meant onlookers had to watch Eric freeride the broken rough surface, actually jumping sections on a bike designed only to stay in one position and of course that being the most aerodynamic. The record speed was reached on the last third of the course. Eric commented that on this occasion whilst the speed is a goal, it was all about the commitment to the attempt when facing adverse weather and course conditions. “Say yes and I go”.

Eric has set numerous world records on both gravel and snow and continues his desire to push his speed further, stating that in good conditions he may even be able to reach 225 – 230km/h, a ride he said he would happily do as a fun run rather than mounting a speed record project.