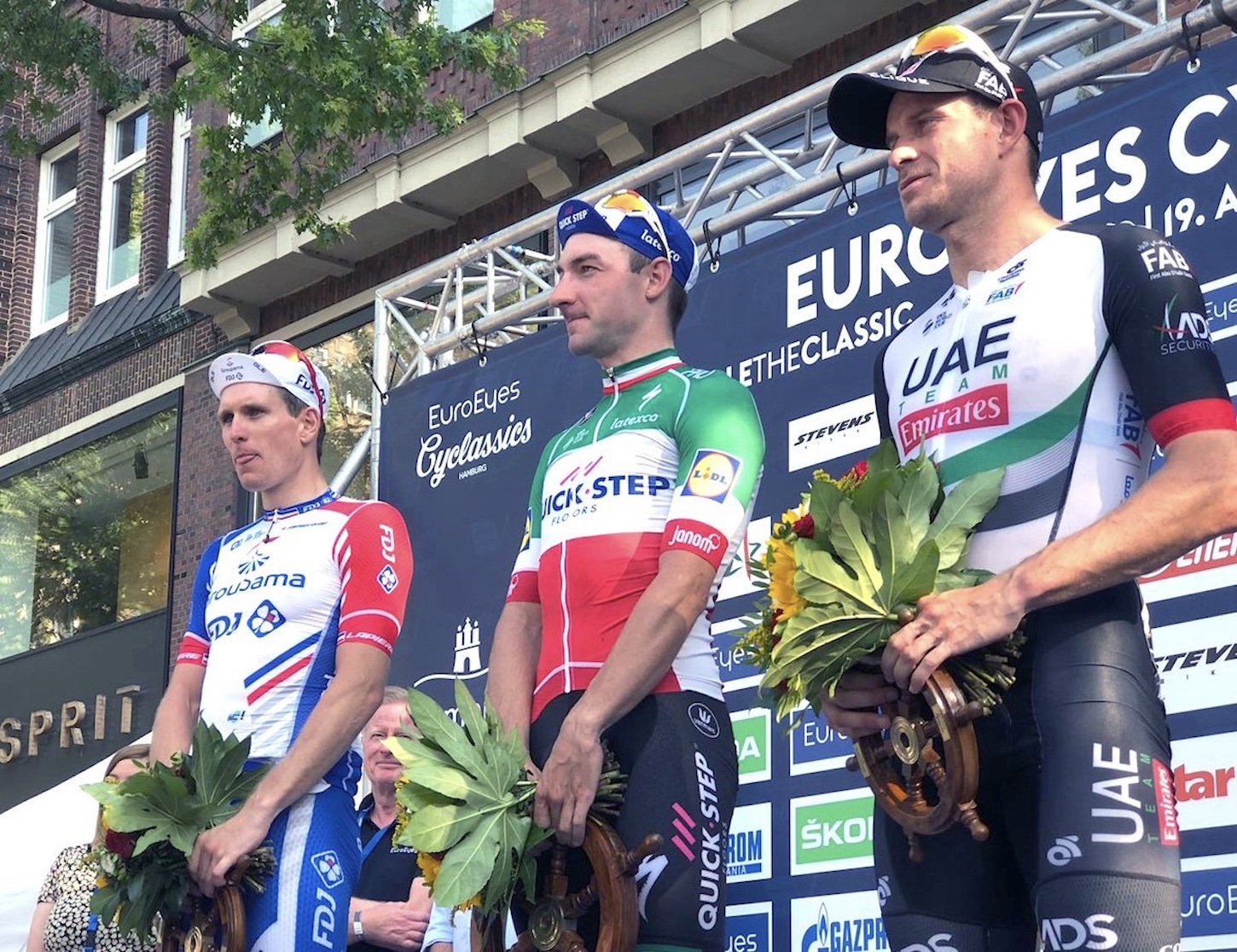 Elia Viviani (Quick-Step Floors) followed-up his last year’s victory in the EuroEyes Cyclassics with another triumph in Hamburg today, after the Italian rider beat Arnaud Démare (Groupama-FDJ) and Alexander Kristoff (UAE Team Emirates) in a sprint finish to seize the race honors.

But, Démare lost his impetus just before the line, allowing the defending champion to accelerate past him with his arms raised in victory.

In the meantime, Kristoff fought-off challenges from Matteo Trentin (Mitchelton-Scott) and John Degenkolb (Trek-Segafredo) to claim the final spot on the podium, while world champion Peter Sagan only managed a 10th place finish.

Earlier in the day, the race was animated by a breakaway group containing Ivan Cortina (Bahrain Merida), Alessandro De Marchi (BMC), Winner Anacona (Movistar), Kamil Gradek (CCC Sprandi) and Evgeny Shaluna (Gazprom-RusVelo) that managed to ride clear and maintain their advantage until being reined in with 18 kilometers remaining.

From there, the peloton saw a series of late attacks on the final climb of what was a predominantly flat final circuit, but the sprinters’ teams had enough control that it safely came back together for a sprint, setting Viviani up for his second consecutive victory.