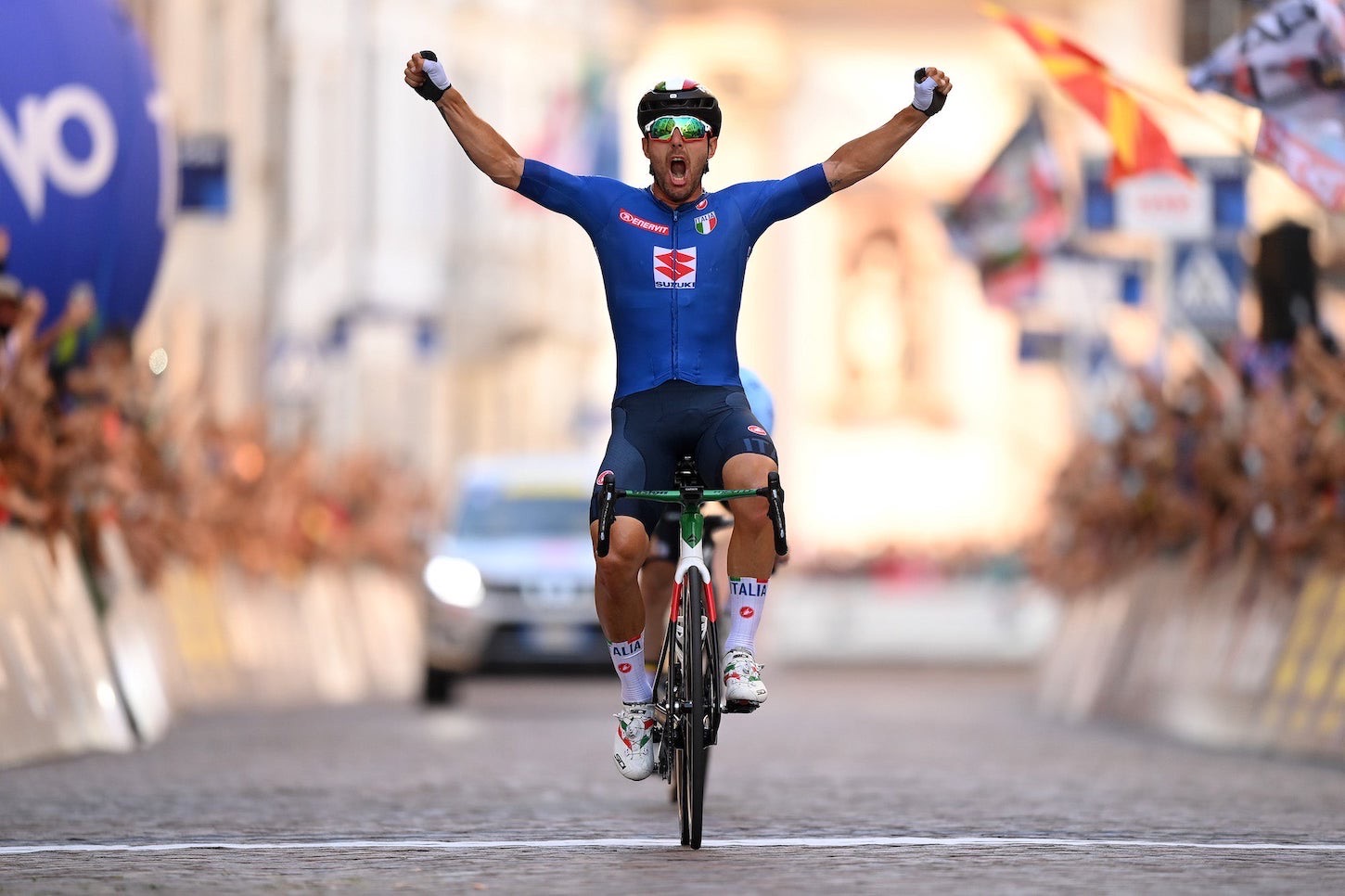 Sonny Colbrelli (Italy) won the men’s road race at the European Championships in front of a home crowd, prevailing in a two-up sprint against Remco Evenepoel (Belgium)

The Italian rode a perfect race after getting in the breakaway, and had too much power in his legs to comfortably outsprint his Belgian rival.

Benoit Cosnefroy came home in third, with Tour de France champion Tadej Pogacar taking fifth after being unable to go with the break.

“It is fantastic,” Colbrelli said. “At the start of the race I had a good feeling. I followed Remco on the final climb and in the final I win. I am happy, and the joy is doubled because it is in Italy,” he added.

Evenepoel was the strong man of the race, as he broke it apart with an attack up the climb with 22 kilometers to go, taking Colbrelli and Cosnefroy with him.

Cosnefroy was dropped on the second ascent with 11 kilometers to go, but Evenepoel was unable to distance Colbrelli.

The Belgian rider was very displeased as Colbrelli refused to work on the descent or flat sections, having sat in up the climb.

Colbrelli’s experience came to the fore as he offered up minimal help after some haranguing by Evenepoel.

The Italian rider knew he had the better sprint and with the gap to the chasers not a factor, he was not concerned by the pace dropping.

Colbrelli somehow managed to get into the wheel of Evenepoel heading into the final kilometer, and lit the fire with 250 meters to run.

He took the lead on the cobbled section and raced away, much to the delight of the home crowd in Trentino.

While Colbrelli gave out a roar of delight when crossing the line, Evenepoel shook his head in frustration and climbed off his bike in disgust.