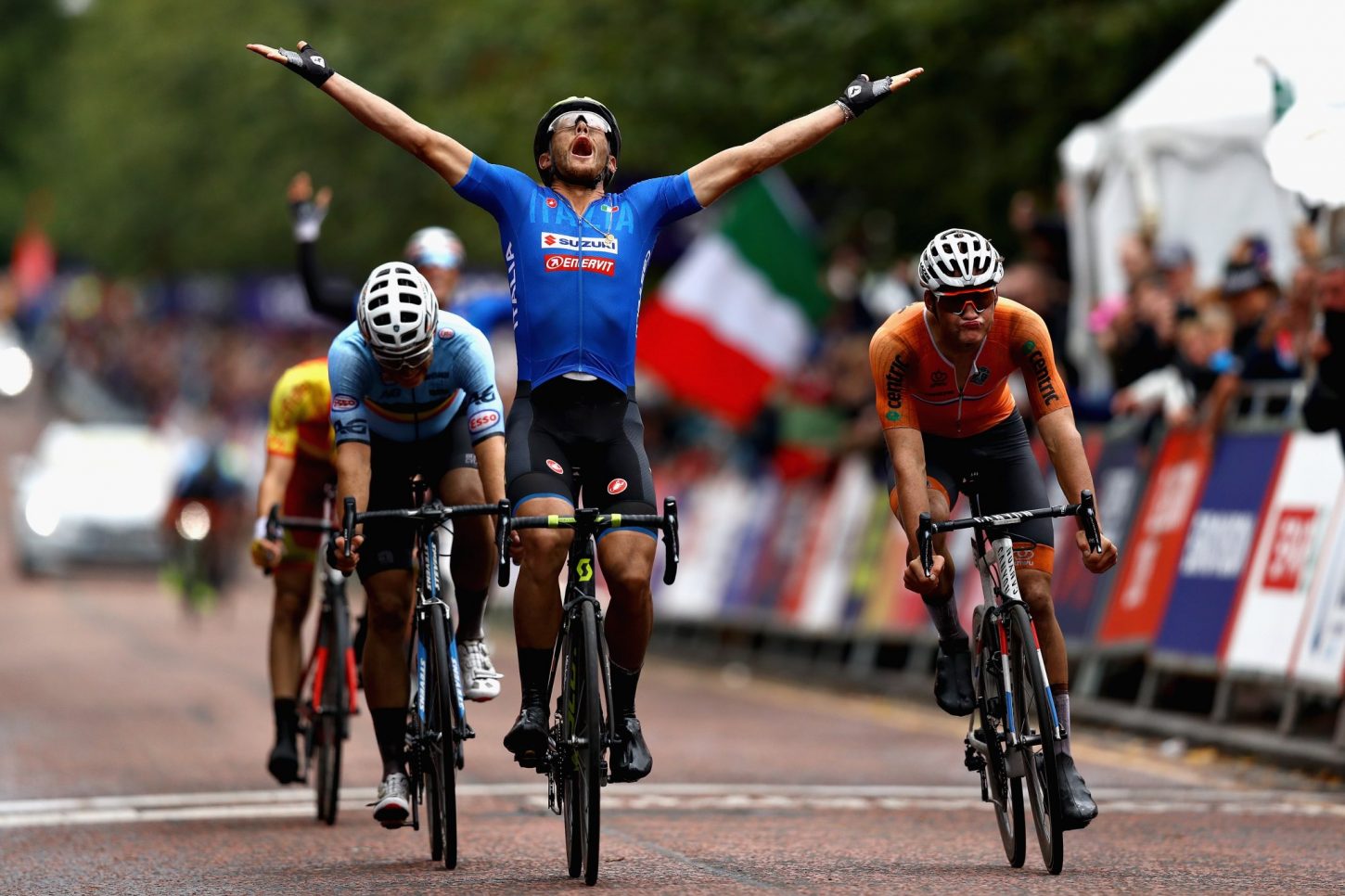 The 230 kilometer course took few prisoners but it was Trentin who proved strongest after a 10-man break was split to pieces by a crash just inside the final 10 kilometers.

Leader Maurits Lammertink of the Netherlands came off first and further back in the group Switzerland’s Michael Albasini and Germany’s Nico Denz also saw their hopes of victory come to an end.

The incident left just five riders at the front, with Italy the only team boasting two, and it was Trentin’s teammate Davide Cimolai who briefly made a solo bid for glory.

Cimolai was soon pulled back in but he would go on to play a key role in setting the sprint up for Trentin, who rides for the Mitchelton-Scott team.

His challenges came on either side, from riders who are better known at the top echelon of mountain biking.

But, Van der Poel would finish nearly a bike-length behind Trentin in second place with Van Aert taking third.

The peloton eventually crossed the line just over two-and-a-half minutes behind.

Race favorite, and reigning world champion, Peter Sagan failed to make it to the finish and said afterwards that he was still being affected by the injuries he suffered in a crash during the last week of the Tour de France.