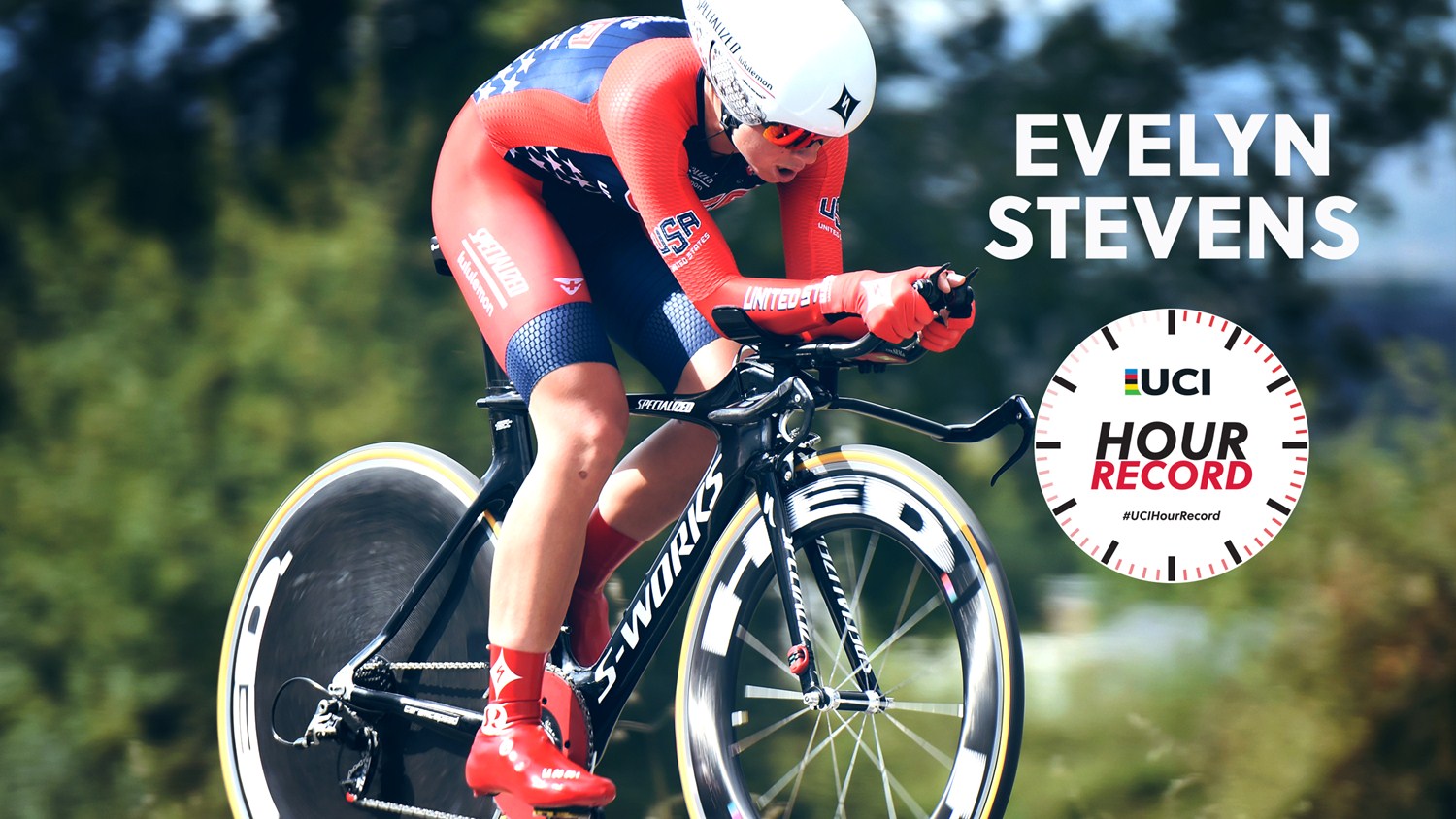 The 32-year-old rider added 1098 meters to the record set just over a month ago by Bridie O’Donnell (AUS) at the Adelaide Super-Drome, Australia.

Stevens accomplished her feat on Colorado Springs’ 333-meter banked cement track, which sits at just over 6,000 feet above sea level and is covered by a newly-constructed winter dome.

The rider from the Boels Dolmans Cycling Team – a road specialist – is the second American to beat the record after her compatriot Molly Shaffer Van Houweling’s successful attempt on September 12th 2015 in Aguascalientes, Mexico.

A five-time UCI Road World Championships medallist and 2012 Olympian in London, Stevens is now targeting an Olympic medal in Rio this summer.

The American’s achievement is borne from the Union Cycliste Internationale (UCI) modernising the rules regarding the UCI Hour Record in May 2014; the record can now be tackled using any bicycle that conforms to the rules defining the characteristics of the bicycles used in endurance track events.

Following the rule change, eight men have challenged the record, with Bradley Wiggins setting the current bar of 54.526 km. In addition to Bridie O’Donnell and Molly Shaffer Van Houweling, Sarah Storey also had a go at the women’s record.

After her attempt, the new Women’s UCI Hour Record holder said: “It’s not common that you get the chance to set a new World Record. Could not have been a more perfect day. I just want to celebrate with everyone now! ”

“I would like to congratulate ‘Evie’ on her achievement. Bridie O’Donnell’s record stood for five weeks and we have already seen two attempts this year despite only being in February” announced UCI President Brian Cookson.

“Two years after the rule change, riders’ interest in the UCI Hour Record has not waned. From Europe to North America via Oceania, one after another the athletes are pitting their strength against our sport’s legendary event, in front of fans who can follow live their exploits on our YouTube channel.”