Does Everything and Nothing Change When a Cyclist Dies? 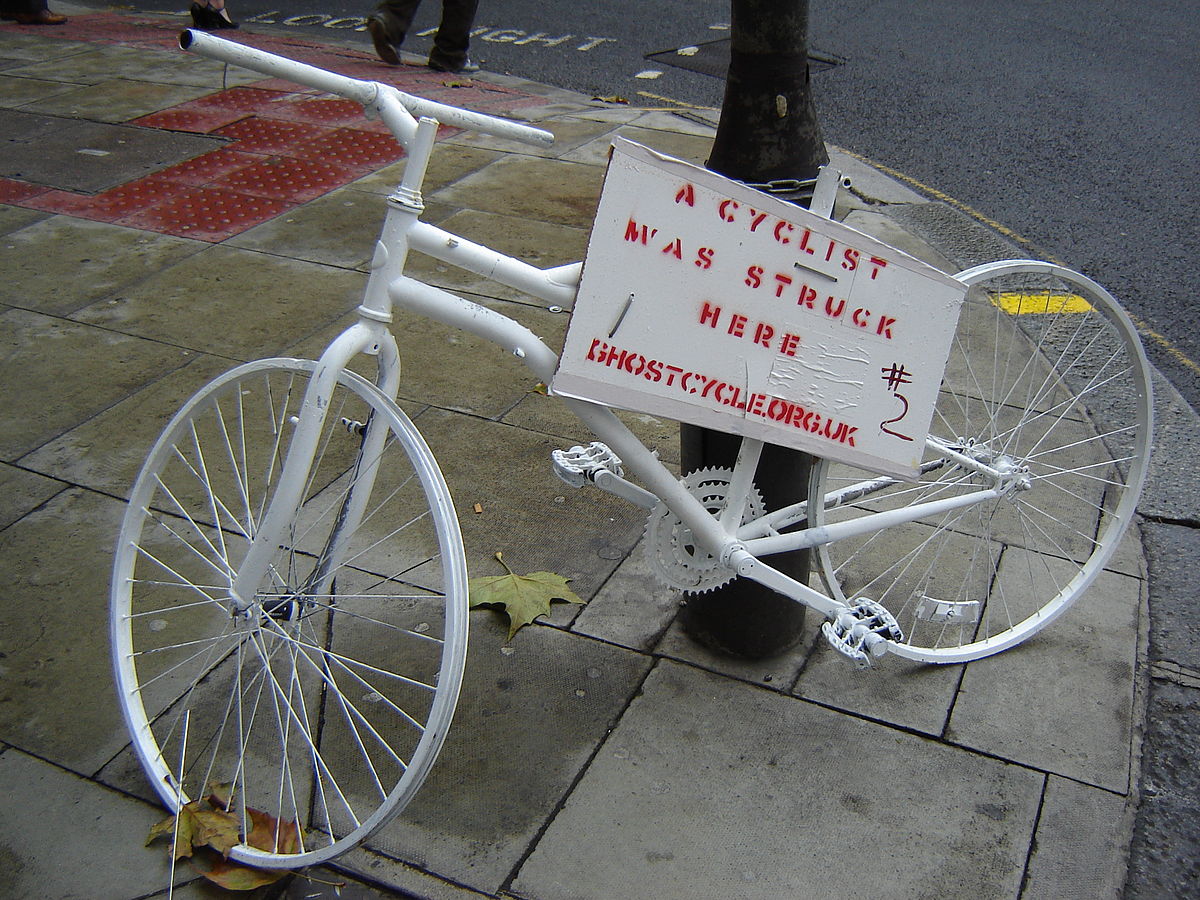 Two weeks ago today, Arzu Baglar died while cycling in Melbourne’s inner west. She was hit by a truck turning the corner of Somerville road and Whitehall street in Yarraville.

Arzu was just 36, and a married mother of two young children. She was cycling through the area on her way to visit a friend – an ordinary everyday activity that shouldn’t have ended her life.

One report described Arzu as the ‘first cyclist to die on Victoria’s roads this year.’ Sadly, we all know there will be more. And many of us are wondering again just how safe the roads are for cyclists.

As someone who cycles regularly around Melbourne, I’m not easily unsettled on the road. But I’m also a father of three children, and I’ll admit I haven’t ridden much since hearing about this recent tragedy. It’s like the observation Greens Senator Janet Rice made this week: “For those of us who ride regularly, it was a moment of it could have been me. For our friends and families, it could have been our loved ones.”

The available figures tell us the relative risks for cyclists are low. Australian Government Bureau of Infrastructure, Transport, and Regional Economics data show the number of cyclist deaths has fluctuated from 28 to 50 per year since 2007 – just 2-4% of total annual road accident deaths. And a recent University of New South Wales trend analysis has shown the risk of cycling related death (multi-vehicle crashes) in Australia decreased between 1991 and 2013.

Such figures can help us better understand cycling risk. They may even help us feel a little better about cycling in traffic. But looking too closely at the numbers can also serve to distance us from the everyday human reality behind them.

Arzu Baglar was more than the just first number in Victoria’s cycling fatality count for 2017. Her recent death on that inner city Melbourne intersection changed everything for the people around her. The truck driver and the people around him will be impacted by this tragedy too.

Life has changed forever for everyone involved.

Beyond the impact on family and friends, what actually changes when a cyclist dies on our roads? Does anything really change for anyone else?

Sadly, nothing much shifted in the Victorian Parliament this week.

While all other Australian jurisdictions (except the Northern Territory) have either introduced or are trialling minimum passing distance laws, the Victorian Government rejected minimum one-metre passing distances for motorists overtaking cyclists – preferring instead to test a public education campaign aimed at driver attitudes.

Fortunately for cyclists though, there are others trying to bring about change in this area. Greens Senator Janet Rice this week called on the Turnbull government to invest $250 million each year in cycling infrastructure to improve rider safety across Australia.

Arzu's death hit our community hard. By working together, we can make sure her memory lives on by giving more people the freedom to ride. pic.twitter.com/HPYUVTus0R

Rice is a long time cycling advocate whose recent calls were prompted by Arzu Baglar’s death.

The Senate has called on the Turnbull govt to invest in making it easier and safer for people to ride. Come on PM – lives are at stake. pic.twitter.com/kynHOr5c6K

There are local changes afoot too. Maribyrnong City Council as part of its 2016/17 budget and strategic resource plan has allocated $4.6 million for footpaths and cycling infrastructure, including a $175,000 bicycle network upgrade and $350,000 to extend the Maribyrnong River Trail.

Other national cycling lobby and advocacy groups are also striving for change. For instance, the Amy Gillett Foundation, Australian Cycle Alliance, Australian Cyclists Party, and the Bicycle Network have ongoing campaigns aimed at preventing cycling injuries and fatalities on our roads.

Since Arzu Baglar’s death in Yarraville there has also been local action – with a 200-rider strong memorial ride for Arzu on March 13, and a ‘local black spot ride’ by the Maribyrnong Bicycle User Group to gather data for local bike infrastructure planning.

Road law reform in the area of safe passing distances, and perhaps measures like side under-run guardrails on trucks are also important. But these measures alone will not solve the entire problem.

What can individuals do?

When a cyclist dies on our roads, the lives of their loved ones change forever.

When a cyclist dies, the rest of us can make changes too. We can actively choose to change how we use the road on every single trip we take.

To make changes like these isn’t difficult. As the old saying goes, they’re much like riding a bike…..once mastered, never forgotten.

Arzu Baglar’s sad passing is closer than you may realise.

If you have ever cycled on the road, then Arzu Baglar is you. If you have ever driven on a road where people are riding bicycles, then the truck driver from that terrible Friday fourteen days ago is you too.