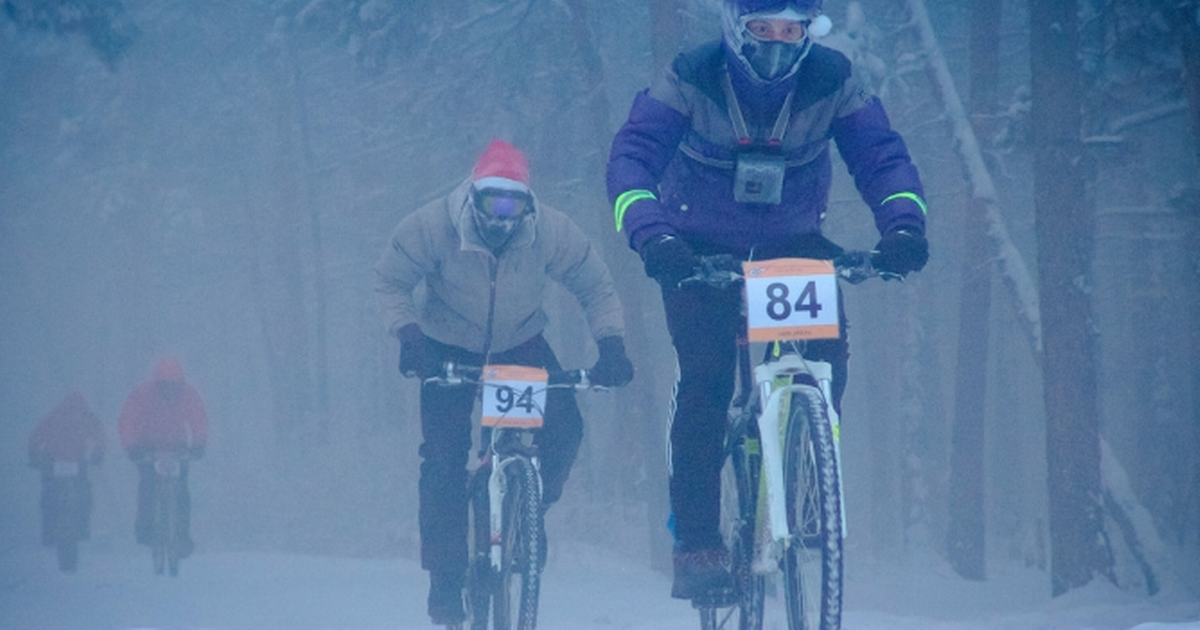 If you think it gets cold here in New England and other parts of the world, you haven’t experienced anything until you’ve ridden in the world’s coldest bike race in Russia.

Commonly known as the world’s coldest city, Yakutsk in the Sakha Republic of Russia, often sees temperatures plummet below -45°C.

However, that doesn’t stop the Cycling Federation of Yakutia, from hosting its annual Coldest Bike Race in the World, which saw 14 riders embark on the 10 and 5 kilometer race, donning heavy coats, balaclavas, gloves and scarves.

The winner of this year’s men’s race, was Andrei Popov, who completed the distance in 30 minutes 44 seconds, while the women’s winner, who tackled the 5 kilometer course, was Nelly Pakhomova, in a time of 29 minutes 51 seconds.

Nelly said: “The bicycle race turned out to be such a challenge. My bicycle froze, and it was hard to cycle. It was very extreme, thanks to organizers.”

Andrei added: “You need to dress up so that you don’t freeze, because it’s easy to turn into a piece of ice in such cold.”