Exploring the E-Bike of the Future: 9 Trends 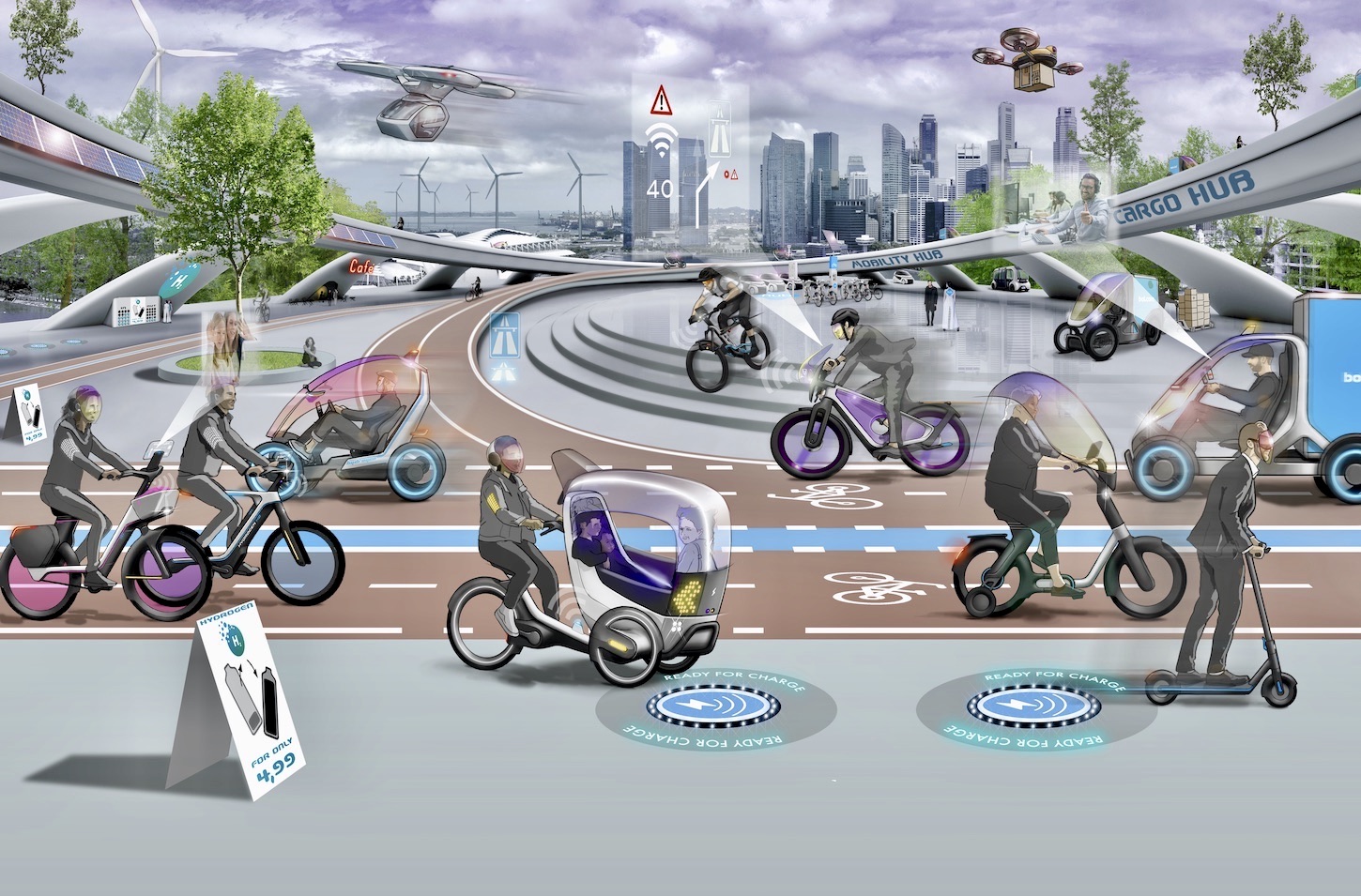 03 Dec 2020
By Campionissimo - In LATEST ARTICLES, THE DOUBLE DIAMOND

With so much development currently happening in the bicycle industry, Bike Europe asked designers Bastiaan Kok and Peter van der Veer to take a look into the future. They explored 9 trends which they see as where developments in bicycle design and two-wheel mobility in general may be heading.

One thing is certain, mobility is on the cusp of change. Over the coming decades, the car will take a step back, and two-wheeled mobility will be given a further push towards centre stage. Designers Peter van der Veer and Bastiaan Kok immersed themselves in the development of the bicycle and the role of the bicycle in the mobility of the future and identified 9 trends. Their conclusion: “Let the future come: the bicycle is far from being fully developed and a bright future awaits.”

Delve into the future and see the 9 cycling and mobility trends of Bastiaan Kok and Peter van der Veer:

1. Cargo bike of the future

Four-wheel covered cargo bikes deliver packages from the cargo hubs to densely populated urban areas. They find their way to the customer quickly and safely thanks to the renewed bicycle infrastructure. Handy: the courier communicates with the customer via the head-up display and agreements are made about the delivery.

Hydrogen is the energy source for cargo bikes that travel an extensive number of kilometers. There are vending machines along the roads where you can quickly exchange an empty ampoule for a full one. The bicycle infrastructure also includes service points, catering establishments and mobility hubs where the bicycle can be exchanged for an electric or hydrogen car, for example.

The covered cargo bike has variations in many forms: for transporting one or more people, with two, three or four wheels, with or without space for luggage. Autonomous cargo bikes are the most normal thing in the world.

5. From the residential area right onto the bicycle highway

From the residential areas, commuters can ride their speed and cargo bikes onto the bicycle highway. Long distances can be driven at full speed – 45 km/h. The design of the speed bike is tough, sleek and completely unique, but under the surface, cyclist safety is paramount.

Bicycle paths are wide and have different lanes. Which lane you take depends on the speed at which you cycle. E-bikes and cargo bikes communicate with other road users. The (head-up) display warns the driver of impending problems. When necessary, the bicycle itself intervenes in the event of imminent danger.

The electrically assisted and fully electrically powered bicycles will be parked in special bicycle parking spaces in the future. As soon as the e-bike is parked, it is immediately charged wirelessly via fast chargers that have been incorporated into the pavement and are clearly indicated.

The further development of the bicycle means that vital elderly can continue to cycle (distances) for much longer. The senior e-bikes have a low entry and are equipped with features such as a stabilisation system against falling, signalling of vehicles behind and automatic regulation of the speed when the circumstances require it.

9. Connected bicycles with information about the mobility chain

All bicycles are ‘connected’. A stolen bicycle can be traced immediately. The (head-up) display on the bicycle navigates and communicates. The cyclist receives information about obstacles and congestion on the route, points out hazards and displays the weather forecast. The system also informs cyclists about other means of transport in the mobility chain. Where, for example, is an electric shared car with which the journey can be continued.

*this article was reprinted with the permission of the Bastiaan Kok, which first appeared on Bike-EU.com