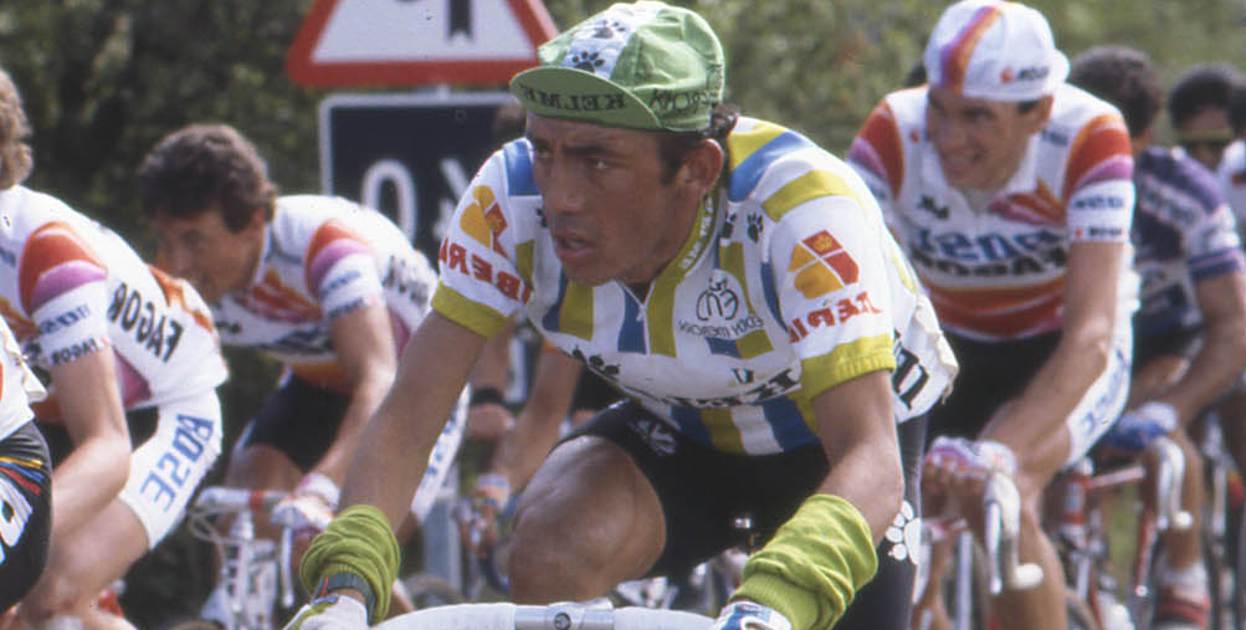 A belated happy birthday to Fabio Parra, who was born on November 22, 1959.

The Colombian rider is best known for standing on the podium in two Grand Tour events, after finishing 3rd in the 1988 Tour de France behind Pedro Delgado of Spain and Steven Rooks of Holland and finishing 2nd in the 1989 Vuelta a Espana behind Pedro Delgado of Spain, making him highest placing South American rider for 25 years, until fellow countryman Nairo Quintana finished second in the 2013 Tour de France.

Parra was born in Sogamoso, Colombia, where he raced successfully as an amateur, winning the Novatos classification in the 1979 Vuelta a Colombia, which he followed up with a victory in the 1981 race.

During his brief seven-year career as a pro, in addition to his podium finishes, Parra also finished in the top ten in the overall classification of the 1987 Tour de France and the 1990 Critérium du Dauphiné Libéré.

Parra’s career was contemporaneous with compatriot Luis Herrera. Yet, while Herrera was capable of winning stages and the King of the Mountains competitions in the grand tour events, Parra was always considered a hopeful for winning the overall classification, as evidenced by his podium finishes in the Tour de France and Vuelta a España.

Later in his career, Parra gained admittance to the famed Spanish teams Kelme and Amaya Seguros, bringing his career to a close in 1992, after winning Vuelta a Colombia for a final time.

After his retirement, Parra is credited for mentoring his two younger brothers Humberto and Iván, who became successful pro riders in their own right, with Iván winning two stages during the 2005 Giro d’Italia.