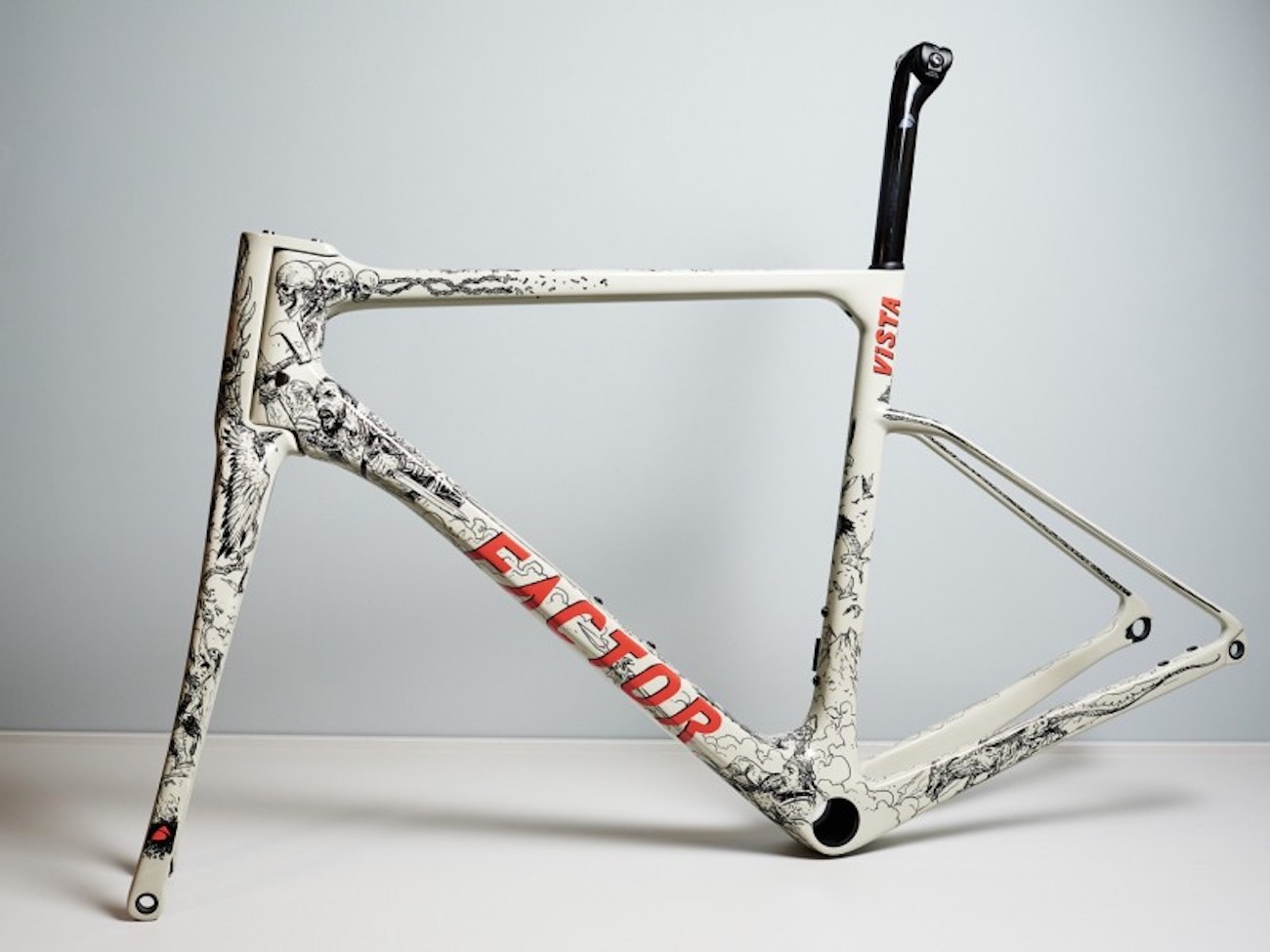 “One artist, one bike frame, both without limits,” describes Factor’s one-of-a-kind custom ViSTA X frameset that was created in collaboration with artist Karl Kopinski.

According to Factor, the project took Kopinski, who’s a passionate cyclist himself, over a month to complete the design he says “encapsulates the spirit of the ViSTA.”

When asked what was it like to use a bike as a canvas?

Kopinski replied, “it was tough at first I had to concentrate on the scale of the drawings and make sure I used the right media, it got easier as I worked around the frame.”

Asked what materials he used for the drawing and what was the process?

The artist said,”I used acrylic paint pens. It was pretty simple as it had a nice base coat applied first. I just had to avoid getting oil from my fingers onto it and occasionally sand down areas a little to give it some tooth.”

When it came to the concept behind the design, he said, “I wanted to do something that had symbology but was still recognizable as my work. The dragons represent the terrain, the warriors are the rider and the weapon is the ViSTA slaying all-terrain.”

“There are a few zombie figures trying to chain it down, representing convention and how the bike breaks it. I think people tried to categorise the ViSTA and you can’t, it’s just a really fast machine.There are birds on there which represent the feeling and freedom riding a bike gives me.”

“You can ride the ViSTA wherever you want, it’s so much fun and frighteningly fast. I’d go so far as to say it’s an anomaly, totally unique and I really wanted my art to reflect that. It was a work of art before my pen even touch,” he added.