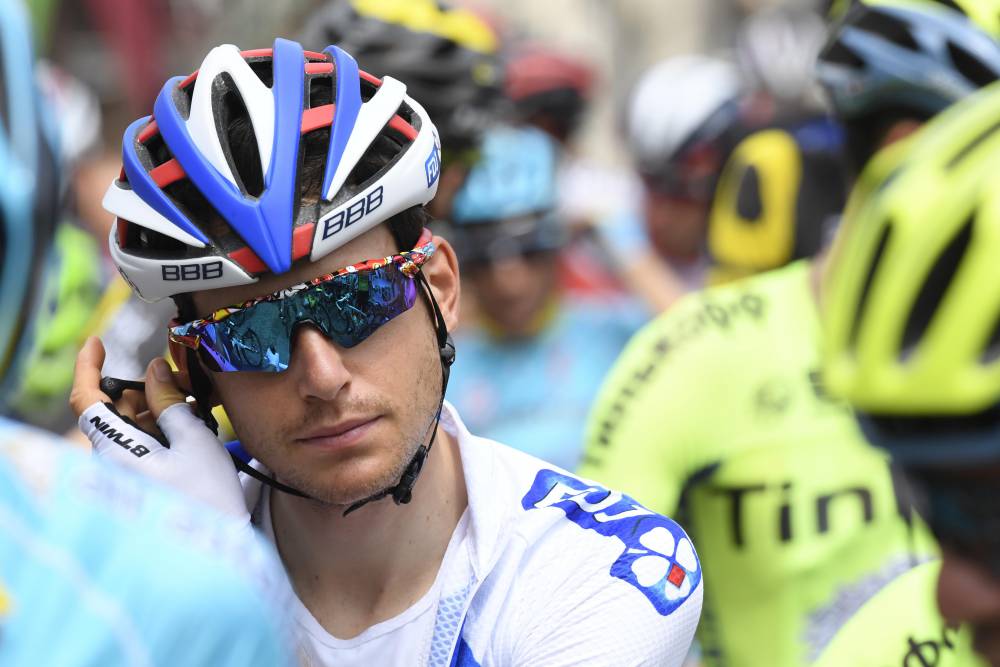 FDJ’s Sébastian Reichenbach has filed a complaint with both the police and the UCI against Team Sky’s Gianni Moscon, alleging that the Italian rider deliberately caused him to crash during yesterday’s Tre Valli Varesine race in Italy.

“I’m filing a complaint against Gianni Moscon because he intentionally put me on the ground,” Reichenbach told the French newspaper Le Nouvelliste today.

“It was intentional. Several riders saw the action and are ready to provide testimony on my behalf. He deliberately threw himself against me. On a descent, the accident could have had even more serious consequences. My team, FDJ, has encouraged me to file a complaint. They will support me.”

Moscon responded to the allegations, by telling the Italian newspaper Gazzetta dello Sport, “It’s not true. It’s nothing to do with me. We were on a section of rough road and Reichenbach’s hands slipped from his handlebars. I’ve never spoken to him in my life.”

Reichenbach alleges the incident was spurred-on by the fact that he had previously used social media to reveal Moscon’s involvement in the racial abuse of his teammate Kevin Reza during April’s Tour de Romandie.

Reichenbach drew attention to the incident via Twitter, which ultimately led to Team Sky suspending Moscon from racing for a period of six weeks.

“It’s a question of settling scores after the business with the Tweet during the Tour de Romandie. That’s what sealed his internal suspension. But I hadn’t even mentioned his name,” Reichenbach said.

Moscon found himself caught up in controversy again last month, after he was disqualified from the World Championship Road Race in Bergen, Norway, for taking a tow from his team car during the final kilometers of the race.