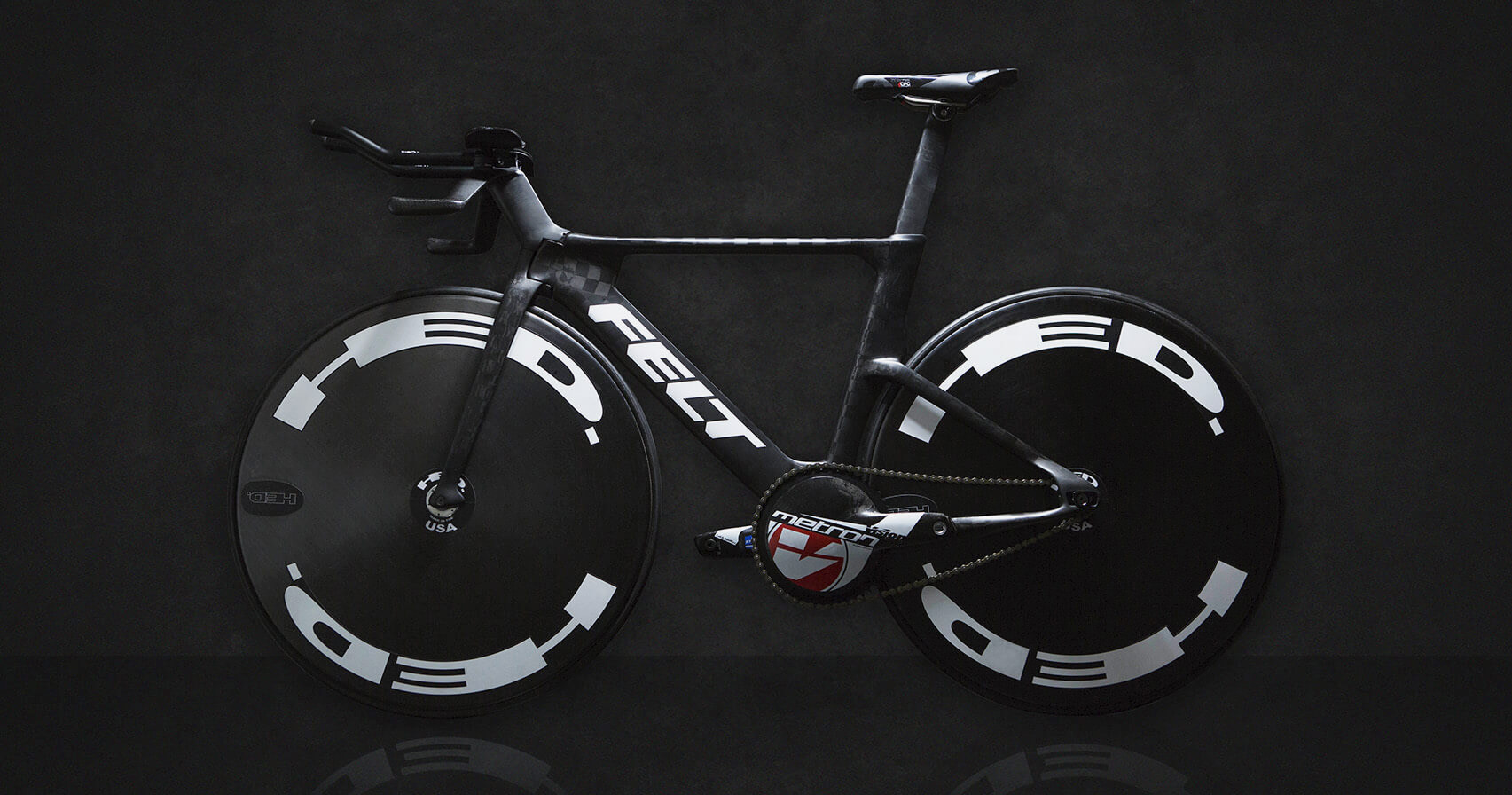 Initially created as a team pursuit bike solely for the members of the USA Cycling Team for this year’s Rio Olympic Games, FELT announced this week, that its radical TA FRD track is now available for bike consumers to purchase as well.

When FELT first unveiled the TA FRD’s predecessor, the TK1, eight years ago, it was considered one of the most advanced track bikes ever produced.

However, with years of subsequent research and development already under their belt, FELT was prompted by this year’s Olympic Games to expand the success of the TK1 and create the radical new TA FRD.

In a sport that’s defined by marginal gains, the TA FRD boasts such revolutionary designs as asymmetrical cross sections, along with the radical idea of positioning the crank on the left-hand side of the bike.

However, none of this was arrived at simply on the chalkboard. Indeed, every part of the TA FRD went through rigorous computational fluid dynamics modeling, wind tunnel testing and finite element analysis. According to FELT, “we didn’t use any “off-the-shelf” airfoils. Everything was designed from the ground up and engineered in-house at FELT. Since track bikes only go around the velodrome in one direction, we exploited the aerodynamic advantage of the slight yaw angles you see when the bike is ridden through a velodrome’s banked turns. So the airfoil shapes are asymmetrical.”

YAW IN THE VELODROME

According to FELT, yaw is the angle of wind direction relative to the direction of motion. Because there is no wind inside an indoor velodrome, one may assume that the yaw angle would be zero. However, FELT engineers discovered that there is a consistent yaw angle due to the relatively rapid rotation of the bike around its vertical axis. More importantly, FELT engineers found that the yaw occurs predominantly from the left-hand side of the bike, which means that the airflow is not symmetric.

Because the airflow inside the velodrome is asymmetric, the primary tube shapes of track bikes frames therefore do not need to be symmetric. The downtube and headtube of the TA FRD were designed to be more efficient from the left-hand side than the right-hand side in order to optimize aerodynamic efficiency.

During the research and development process for the TA FRD, FELT engineers found that most bicycle frames are aerodynamically more efficient, or faster, when airflow comes from the right-hand side (typically the drivetrain side), as opposed to the left-hand side. But because FELT  engineers discovered that airflow on the track occurs predominantly from the left-hand side, then it is a logical decision to design a bike that will compete in a track environment with the drivetrain and crank on the left-hand side. This left-hand drive system is made possible with proprietary components developed in partnership with HED, FSA, Stages Cycling, Phil Wood and Vittoria.

Because the TA FRD is a pure race bike designed for the world’s top track racers, its airfoils were developed for the specific conditions of the velodrome, meaning at a very low yaw angle. The airfoils have been optimized to have as little aerodynamic drag on the track as possible while still possessing an efficient shape for maximum stiffness. The TA FRD’s revolutionary aerodynamics were achieved within UCI regulations, and every part of the TA FRD frame was optimized using computational fluid dynamics (CFD) and finite element analysis (FEA) both individually and as a complete package to create the FELT’s most advanced bike to date.

FSA adapted its most aerodynamic crankset specifically for the left-hand drive system of the TA FRD, and FELT engineers optimized the TA FRD frame to integrate with it in the most aerodynamically efficient way possible. To meet the training demands of the athletes of the USA Cycling Team, Stages Cycling enhanced the TA FRD’s crank with a dual-sided power meter, the final component in track racing’s most advanced crank package.

FELT  collaborated with leading wheel manufacturer HED to design and develop the TA FRD’s wheels in conjunction with the frame, giving the bicycle uncompromised performance and aerodynamic efficiency. The wheels by themselves are the fastest track racing wheels ever tested. The combination of the TA FRD frame and HED wheels provides the USA Cycling Team with the ultimate aerodynamic advantage.

Since FELT engineers were not limited by any preexisting standards when developing the TA FRD, they chose to use narrow front and rear hub widths. The front hub and fork combination is 30% narrower than a conventional front hub and fork combination. The rear hub is asymmetric, and its drive side was optimized for the perfect chain line while the non-drive side is significantly narrower than conventional designs in order to improve aerodynamics.

Traditional track dropouts are often fitted with set screws to prevent the wheel from slipping under heavy pedaling forces. FELT engineers developed an aesthetically cleaner and more structurally sound solution that eliminates the need for set screws. The drive side face of the dropout is tapered that, when coupled with a proprietary aero washer, eliminates the possibility of the wheel sliding forward. This design allows for the use of incredibly low profile, aerodynamic shapes.

Utilized in cutting-edge aerospace equipment and on Formula One race cars, TeXtreme has been the preferred choice of FELT engineers for all of the company’s high-performance bikes. And the TA FRD is crafted from more high-modulus TeXtreme carbon fiber than any other bike in the history of FELT. This means that the TA FRD is as lightweight as possible per UCI regulations, yet still provides the stiffest platform possible for the athletes of the USA Cycling Team.

If you made it this far through all of the white paper, you must be wondering that the price of the TA FRD is to the public, right?

Well, once you’ve selected the right size parts for your TA FRD, the total comes to a whopping $25,999.