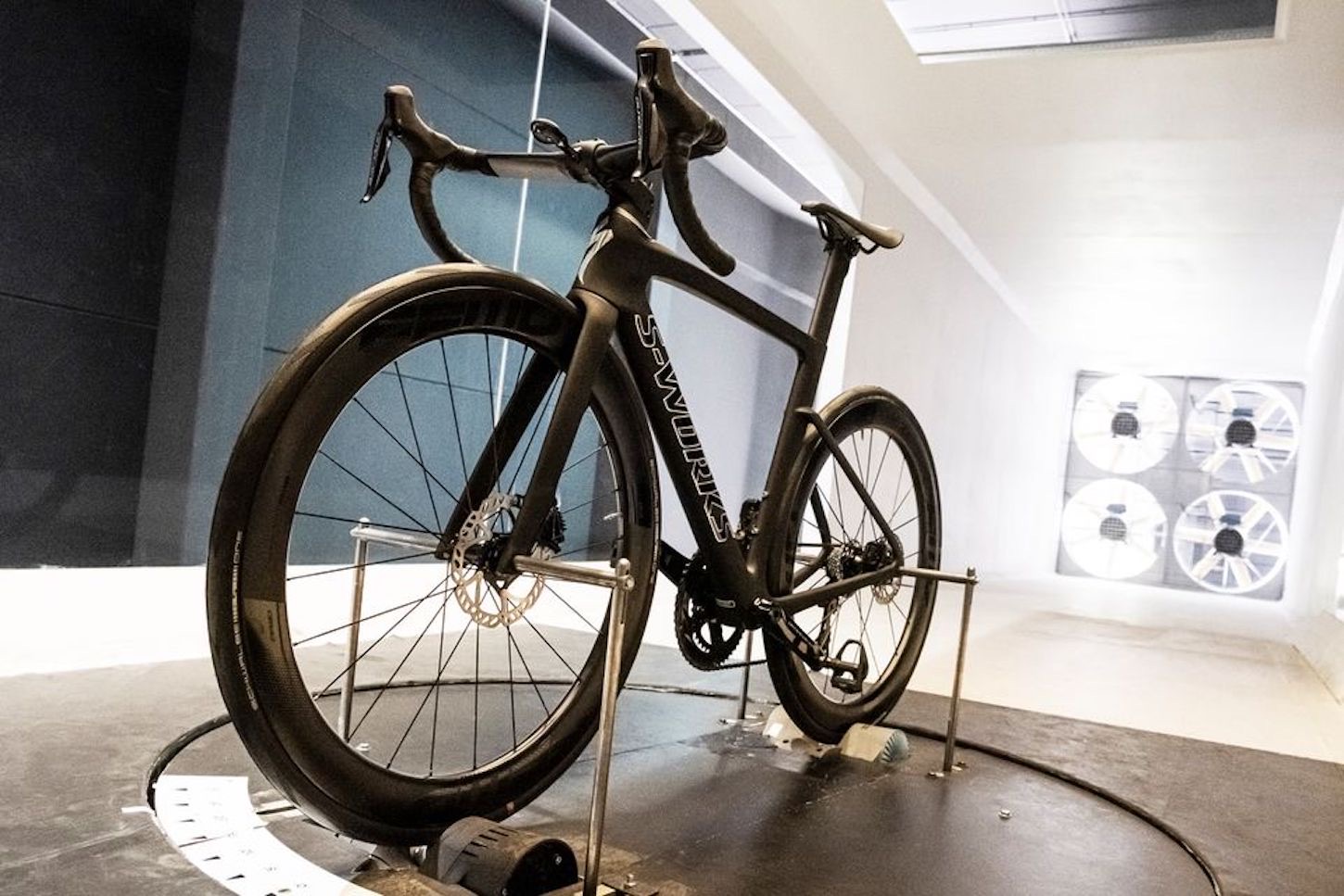 FFWD has launched two new sets of disc brake specific hoops called the RYOT55 and RYOT33, which in the case of the deeper profile of the two, the Dutch brand claims is the world’s fastest wheelset.

According to FFWD, both wheelsets are built around a 31mm wide carbon rim and the company’s LAW (Laminar Airflow Wing) technology.

In the case of the RYTO55, FFWD says when fitted with a 25mm tire that expands to 28mm due to the 21mm internal width, cyclists can see a claimed 5 watt aero advantage over their previous F6 model. Moreover, FFWD claims after testing the wheelset at yaw angles between 0° and 10° at 48.6km/h (30.2mph), they discovered the RYOT55 was faster than the Fulcrum Wind 55, Roval CL50 and the Zipp 404.

For the rest of us mortals, FFWD says they also tested the wheelset at a much more realistic speed of 38.5km/h (23.9mph), still finding the RYOT55’s to be faster than the competition.

With the RYOT33, FFWD describes the wheelset as being more versatile, especially when it comes to climbing, thanks to its lower weight of 1465g compared to that of its deeper profile brethren at 1620g.

While neither wheelset will win any plaudits from the weight weenies faction, FFWD says durability and serviceability were paramount to designing the RYOT55 and RYOT33, choosing thicker spokes and brass nipples for improved lateral stiffness and power transfer, along with resistance to corrosion. Also, the wide 21mm internal width means the RYOT range can accommodate tires up 42mm. Although, FFWD is clear to point out that neither wheelset is meant for treacherous off-road pursuits.

Additionally, while other brands have moved to hookless designs, FFWD decided to stick with hooked rims for its new wheelsets, arguing that while hookless rims have their benefits, hooked rims offer a greater choice of tire setups whether used in conjunction with tubeless or traditional clinchers.

Other features that highlight the RYOT wheelsets are DT Swiss 240 hubs, 24 straight pull spokes at both the front and rear, center-lock mounts for disc brake rotors and end caps that are interchangeable to work with 100mm and 135mm quick release dropouts, as well as 12×100 and 12×142 thru axle dropouts. Also, both models are available with Campagnolo, Shimano HG or Sram XDR freehubs.