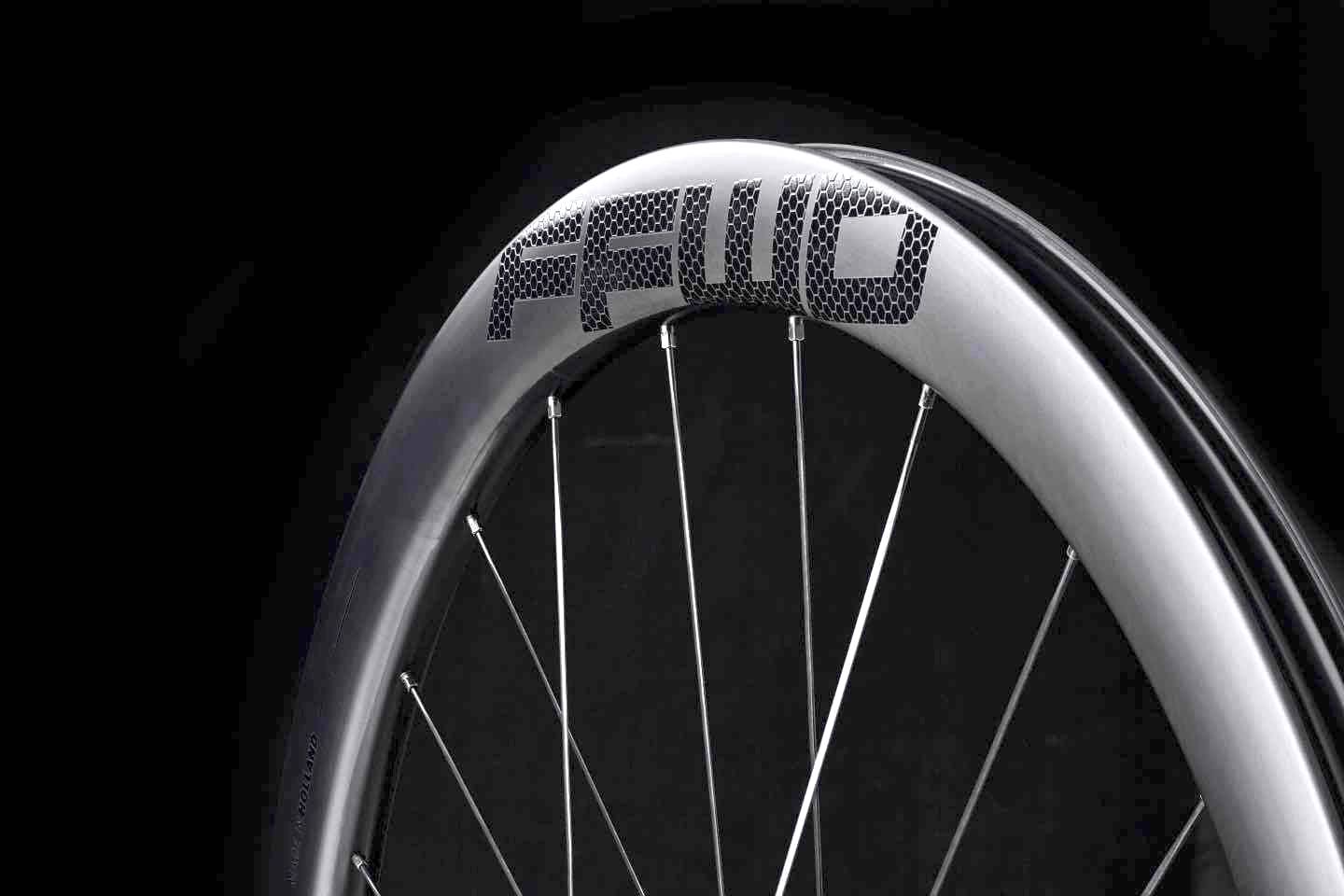 FFWD calls its latest rim design LAW, which stands for Laminar Airflow Rim. According to FFWD, this new design replaces its rather quirky DARC system that featured an hourglass cross-section that was optimized for skinnier tires. Moreover, instead of a hookless design, LAW features a hooked bead, which the Dutch company says results in better aerodynamic efficiency.

The RYOT44 is a tubeless-ready, disc brake specific, carbon clincher that’s 44mm deep and has an internal and external rim width of 21mm and 30mm respectively, which can accommodate tires up to 42mm.

While the wheelset is designed primary for road use, FFWD says it’s suitably for “light gravel use” also.

Additionally, the 1520g RYOT44 is laced with 24 DT Aerolite and Aerocomp spokes, while the front wheel is configuration in a 2:1 pattern(16/8), along with DT Swiss’ 240 hubs that feature the latest Ratchet EXP freehub design.

The RAW also gets DT Swiss’ lighter and more expensive 180 hubs, tipping the scales at an impressive 1,420g for the set.