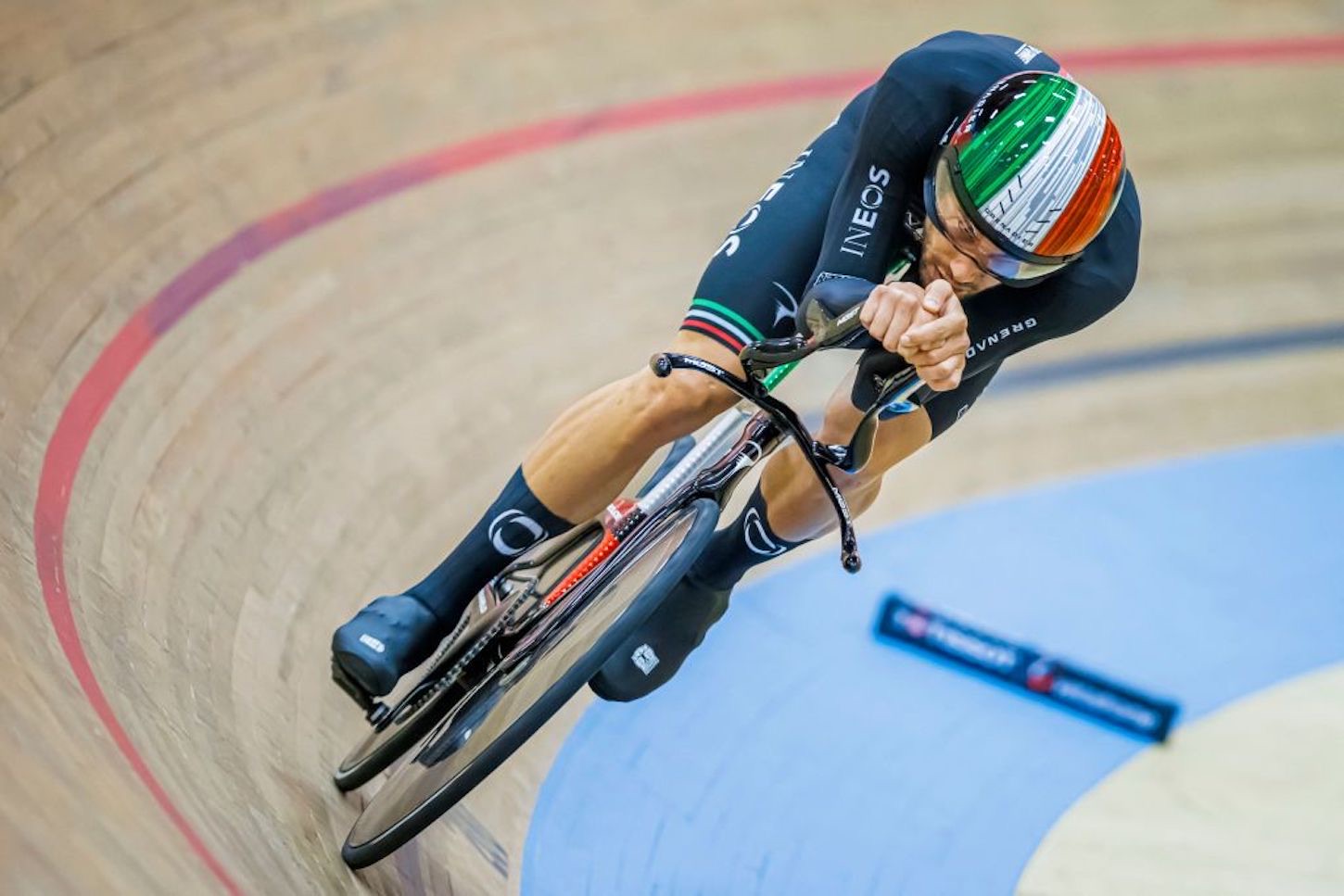 Filippo Ganna set a new UCI Hour Record, after the Italian rider covered a distance of 56.792 kilometers at the Velodrome in Grenchen, Switzerland today.

With this historic performance, Ganna wrested the record from Great Britain’s Daniel Bigham, performance engineer for Filippo Ganna’s Ineos Grenadiers team, who set a previous benchmark of 55.548 kilometers  on August 19 at the same velodrome.

Reacting to his feat, Ganna said, “to arrive at this amazing goal is fantastic for me and for all the staff who have worked for a long time to get to this result.”

Describing the pain of the last five minutes, he added, “I lost energy to try to go for 57, but nothing. It’s OK!”

The new holder of the UCI Hour Record doesn’t appear to have ruled out another attempt, “next time maybe I will try at another part of the season when I have fresher legs and we can go even higher… but now we will think about recovery.”

Ganna initially got off to a slower pace than Bigham today, but it wasn’t before he surpassed the Briton’s pace after 15 minutes of riding.

Midway through the hour, Ganna was on pace to cover 55.860 kilometers, and by the 40-minute mark, he began to approach the speed of the “best human effort” record set by Chris Boardman.

With 10 minutes still to ride, Ganna’s average speed looked to go well past the territory of 57 kilometers per hour. But, the pain of the hour began to bite in the closing minutes, forcing Ganna to back off his rocket-like pace.