Final Stages of the UAE Tour Cancelled After Coronavirus Outbreak 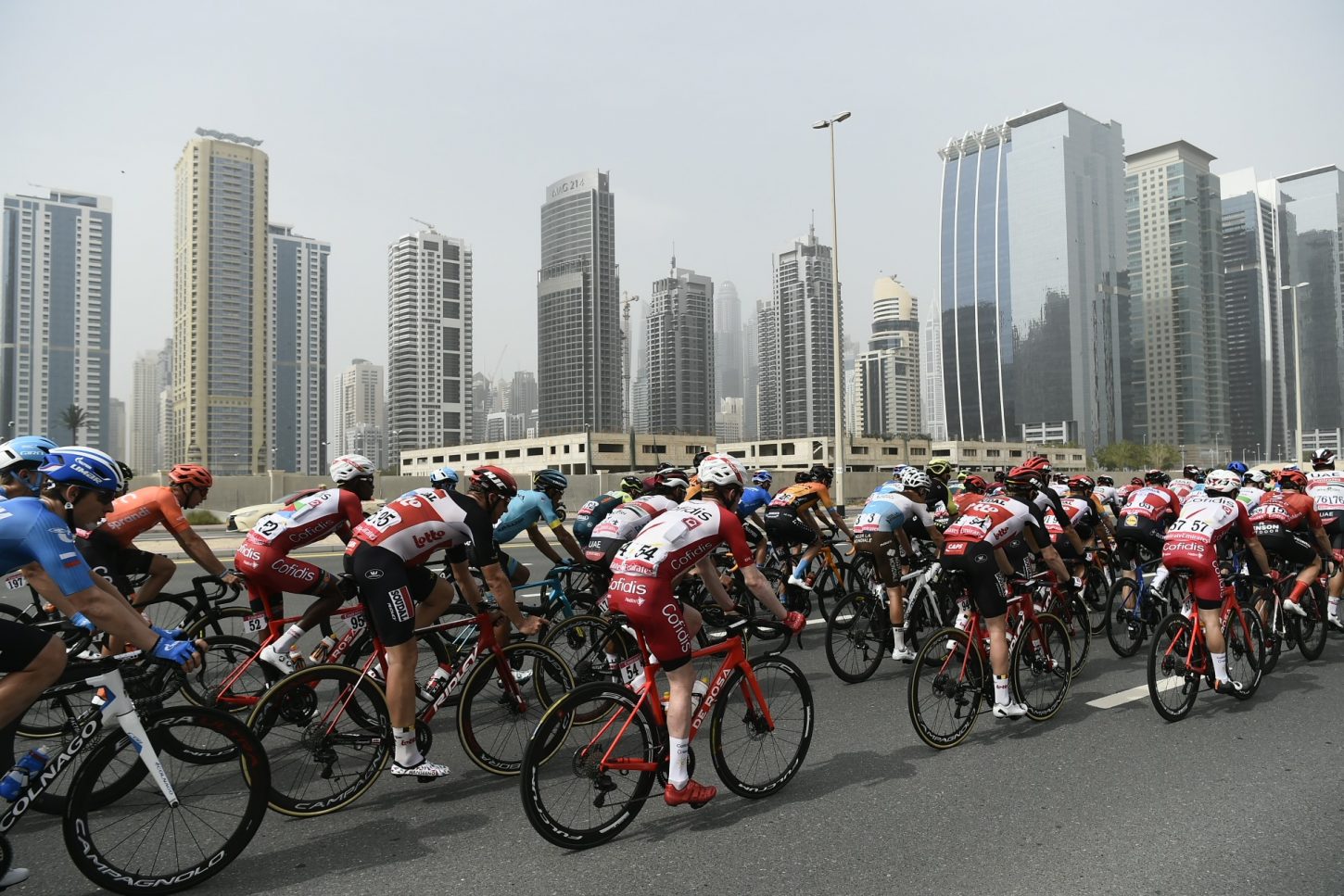 The final two stages of the UAE Tour have been cancelled after two Italian staff members of one of the teams participating in the race were confirmed as having tested positive for the coronavirus SARS-CoV-19.

Race officials did not identify anyone but said that all of the race participants, staff and organizers were being screened for the flu-like virus. “The decision has been taken to ensure protection of all the race’s participants,” the Council said in a statement, adding that “safety comes at the top of all priorities.”

“The decision has been taken to ensure protection of all the race’s participants,” officials said in a statement, adding that “safety comes at the top of all priorities.”

The race hotel, the Crowne Royal Plaza Abu Dhabi Yas Island, was sealed off late on Thursday, with riders, staff and journalists not allowed to leave pending health checks.

A similar press release later issued by the Higher Organising Committee of the race, which includes Giro d’Italia organisers RCS Sport, who organise the race in collaboration with the Abu Dhabi and Dubai sports councils, added that “two Italian staff members of one of the teams participating in the UAE Tour” had tested positive for the virus.

“The decision has been taken to ensure protection of all the race’s participants. Safety comes at the top of all priorities,” both press releases continued.

“In the meantime, the Ministry of Health and Prevention said that all the race’s participants, administrative staff and organisers will be examined through the continuous periodic screening being conducted,” the statements read.

“All needed procedures, including quarantine measures, will be taken to ensure viral suppression and curb the spread of its outbreak in coordination with all health and other authorities concerned in the country.”

Italian media initially reported via Twitter the arrival of the CBRN, a unit of the local police that deals with “chemical, biological, radiological and nuclear” issues at the hotel.

The Vini Zabú-KTM and Jumbo-Visma teams then tweeted that the race had been cancelled, and other teams later followed suit with similar tweets, before the news of the two cases was confirmed.

The race leader after five of the seven stages, Adam Yates (Mitchelton-Scott), is expected to be confirmed as the overall winner of the race.