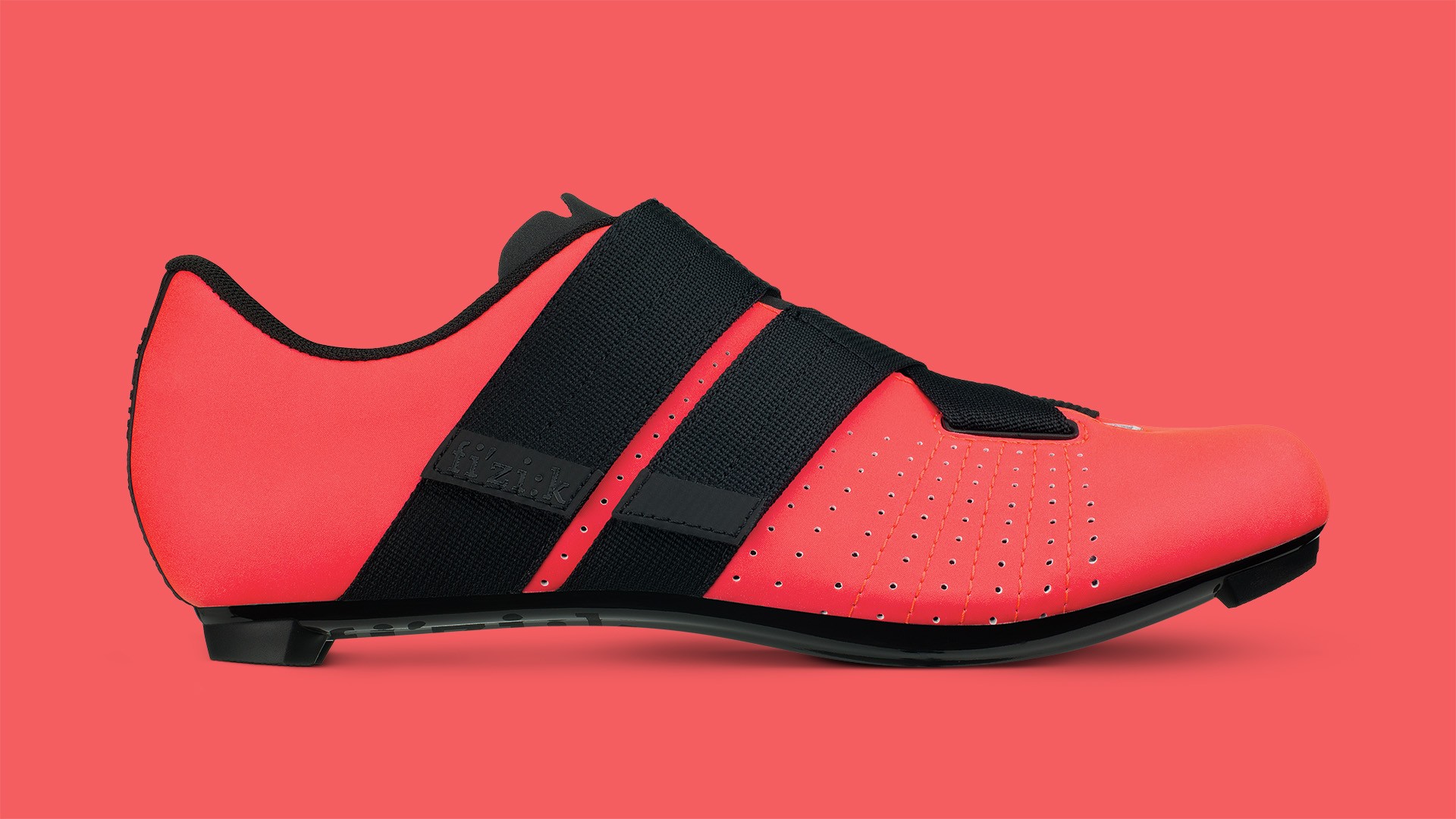 Not everything in the realm of cycling shoes is all about dials these days, as evidenced by Fizik’s new Tempo Powerstrap R5 road shoe that disses the BOA system in favor of velcro straps.

According to Fizik, the Tempo Powerstrap R5’s new system relies on wide bands of velcro that crisscross the center of the shoe’s upper in order to tension different sections of the shoe more independently than a traditional velcro design, thereby allowing the rider’s instep and midfoot to be adjusted separately and more precisely.

“The versatile new Tempo shoe structure combined with the proven R5 sole gives us a superb base on which to present our enveloping new Powerstrap fitting and closure system,” says brand director Luca Mathia Bertonello.