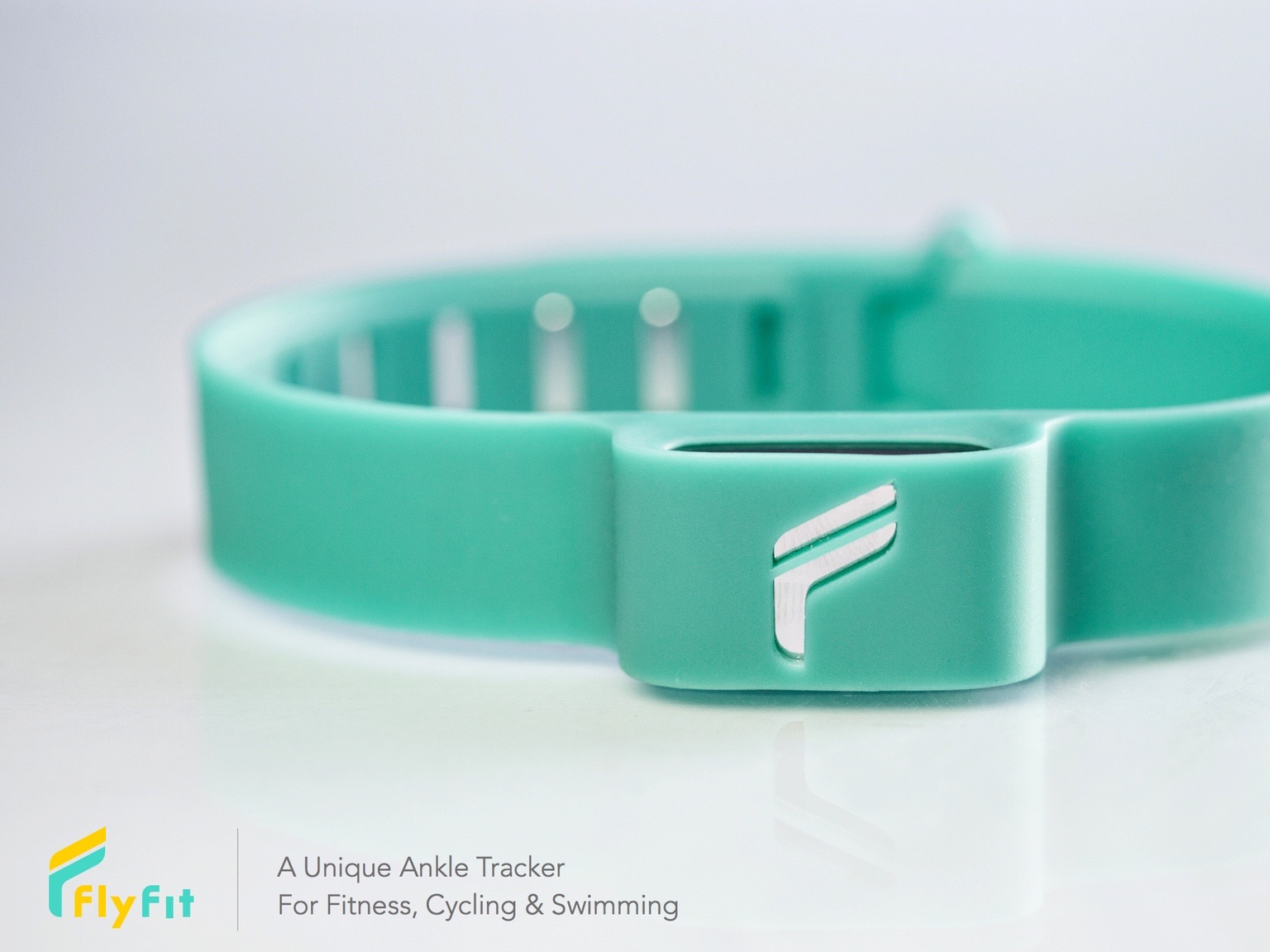 While most wearable trackers on the market offer a host of tracking capabilities, few, if any, offer cycling integration.

However, after plugging their technology through a crowd-funding campaign for nigh on to two years, the small tech start-up, FlyFit, was finally succeeded in bring their device to market.

What differentiates the FlyFit from other devices, is that it’s truly designed for cyclists, by virtue of the fact it’s made to be worn on the ankle.

The inherent problem with most trackers, is that they’re designed to be worn on the wrist. This poses an immediate problem for cyclists, since a vast majority of them track activity through vibration. However, in the case of cycling, a rider’s hands are almost always in a stationary position on the handlebars, which invariably, prevents any tracker from effectively collecting accurate data.

In the case of the FlyFit, the ankle mounted tracker is capable of analyzing leg movements, which in turn can track and transmit accurate data regarding speed, duration time, distance, calories burned, pedal cadence and more.

In addition, unlike other trackers, the FlyFit can provide wireless synching to any smartphone via Bluetooth technology, thus providing real-time data.

Another advantage the FlyFit has, is that it’s water-resistant, and can be used in extreme wet condition – even swimming. Think triathlon.

Furthermore, riders can map their data by using FlyFit’s app, which can transmit, reserve, manage, access, and analyze personal data.

The FlyFit features an LED panel on the tracker, which has four symbols to represent each of the main tracking functions:

The concept for FlyFit emerged from the needs of the co-founders, who wanted to find a well-rounded and accurate fitness tracker that also felt comfortable during vigorous workouts, so users could forget they were wearing it.

According to FlyFit, they tested similar products on the market, and after not finding anything that met their criteria, they decided to develop their own tracker, which could accurately track a user’s performances with an ultra-lightweight comfortable band made from thermoplastic polyurethane.

“We are thrilled with our product,” said Jimmy Leu, CEO and co-founder of Flyfit. “The technology is extremely easy to use with just a few taps of the finger and provides real-time data that we can actually utilize during our workouts and throughout the day. We successfully funded on Kickstarter last year and have been shipping our products since last December to more than forty countries. We are looking forward to delivering this amazing product to everyone in the world.”

To learn more about pricing and features, visit FlyFit’s website at: http://www.myflyfit.com