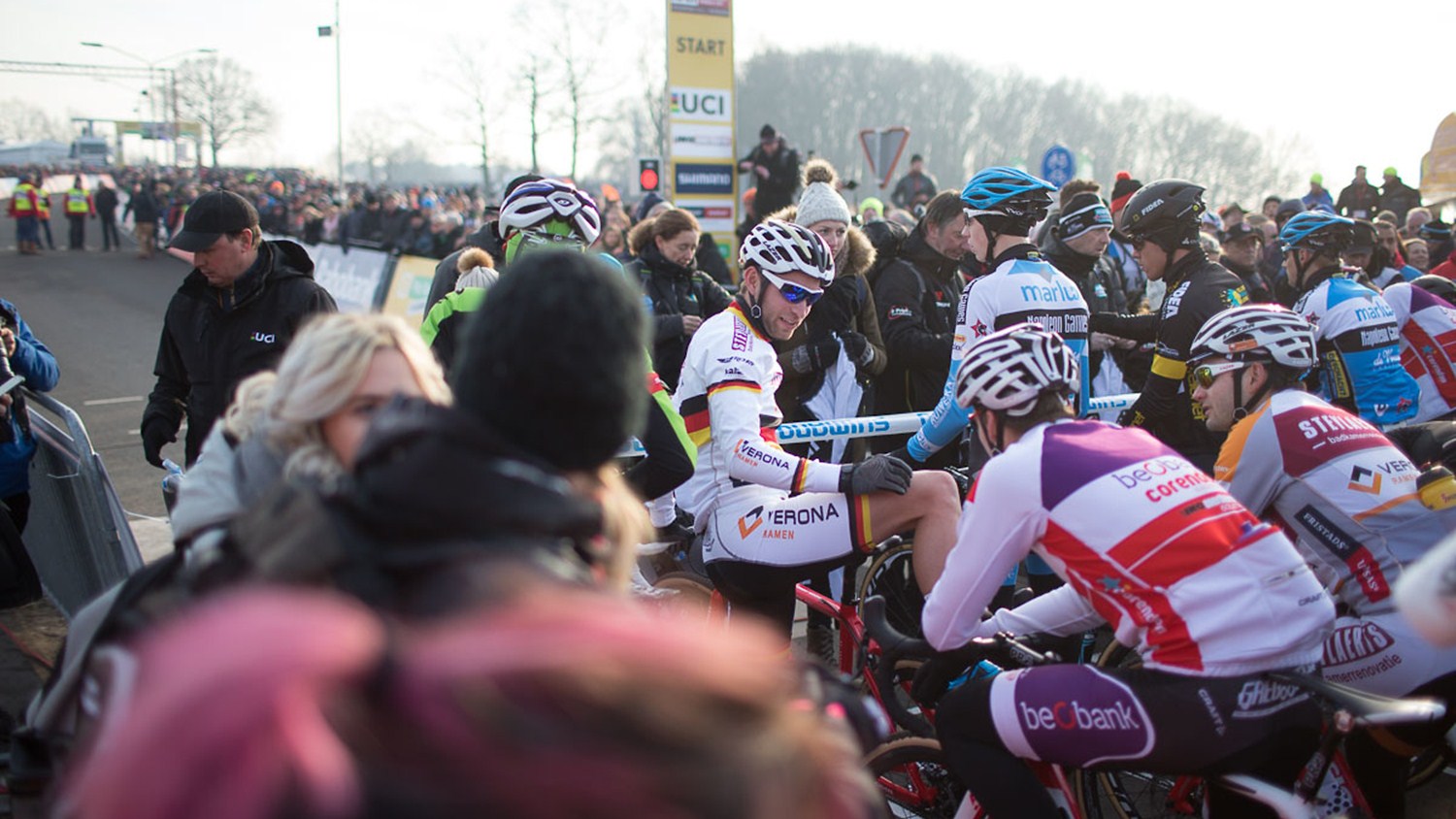 He’s rarely in the spotlight but he’s never far from the action. Beat Wabel, 49, has been a key person at major UCI races for more than 10 years, and when the riders line up next weekend for the 2017 UCI Cyclocross World Championships in Bieles, Luxembourg, the UCI Technical Delegate will be on hand to ensure there are no hiccups.

“I’m responsible for the sportive aspect, particularly the course and everything that is linked to the venue. Important sections are the start and finish area. I also have to check the double pit area and the course marking. That’s my job,” summarizes Wabel. “At the race, there are many people at work. The most important thing is the racing but there’s also TV, the photographers, spectators at course crossings … I make sure everybody can do their job. It’s important to make everybody happy but it’s difficult,” Wabel says.

On his retirement as a professional rider in 2005, Wabel immediately began working as a Technical Delegate, first at mountain bike events but quickly switching to cyclo-cross for the simple reason: “My heart beats the most for cyclocross.”

When in 2014, the UCI announced that Bieles would host the 2017 UCI Cyclocross World Championships, Wabel had already visited the site a first time. “Once there is a bid from an organizer to host the UCI World Championships the UCI sends me out there to do a site visit and check the venue. I don’t make the decision but I can say if the venue is good enough for the World Championships. If it isn’t, the organizers can search for a solution. At that moment, the course doesn’t have to be finalized. They have to show me the start and finish, and then I check how challenging the course will be, not totally flat but still ridable. That’s the first step in the procedure,” Wabel explains.

Although the local organising committee in Bieles does not have previous experience staging cyclocross races, they have plenty of willpower. “They’re big cyclocross fans and they’re really motivated. It’s nice that we can have the race in Luxembourg. It’s a small country without a traditional cyclo-cross background. It did mean I had to help them once they were awarded the organisation of the championships. I did another site visit and they showed me the course lay-out. Then I told them to put some more climbs in it.”

Wabel tweaked the course for both riders and spectators with safety in mind. “I asked the organizer to build some bridges for the spectators so it’s easier for them to move around the course. At the big races, we have to close the crossings during the race. With the bridges there’s more circulation of spectators and it’s not necessary to close the crossings. It makes things a lot easier in case of emergency, so that medical staff can move quickly.”

“Last week, before the World Cup round in Fiuggi, Italy, was my last visit and I return on Tuesday morning. They’re on the right track. The organizers really did a good job. It’s also important to start early. It’s always hectic, especially in bad weather conditions. The final work is not so difficult. A team will start with the publicity bannering and then the TV crews will do all the cable wiring and their set-up.”

Setting-up the course is the responsibility of the organisers. The day before the race, Wabel checks the course together with the organisers and the UCI Commissaires. They decide if the course can be approved. Some modifications can be suggested, also regarding safety. “Often the weather conditions can have a major impact. I watch the official training and talk with some riders. In Bieles, we can make the off-camber section shorter if it’s too slippery. During the official training, we can also block half of the track to protect the course. We also have salt and gravel as weapons to make the course safer.”

Beat Wabel can often be spotted during the start procedure, ensuring the UCI International Commissaires can do their job, and the riders have a smooth start. “The UCI Commissaires and the speaker do the call-up but I prepare everything in advance so that the work on-site can go smoothly,” Wabel explains. Before the call-up (according to their UCI Ranking), riders are held behind the start line in one of eight boxes. “There are a few different areas at the start. In front of the riders there’s usually a zone for photographers and TV but at the World Championships, it’ll be for TV only. Three minutes from the start I remove the second line, so the riders’ staff can move in and take over the jackets. One minute from the start they have to leave the area. I make sure there’s an exit for everybody and check the area is clear. Thirty seconds from the start I remove the final line. Then it’s up to the UCI Commissaires to do the start.”

Wabel also supervises the finish area, checking details and making sure the photographers are lined up safely. After the finish, he guides the top three of the race into the tent. That’s where UCI Cyclocross Coordinator Christelle Reille takes over, leading the riders away for the podium ceremony.