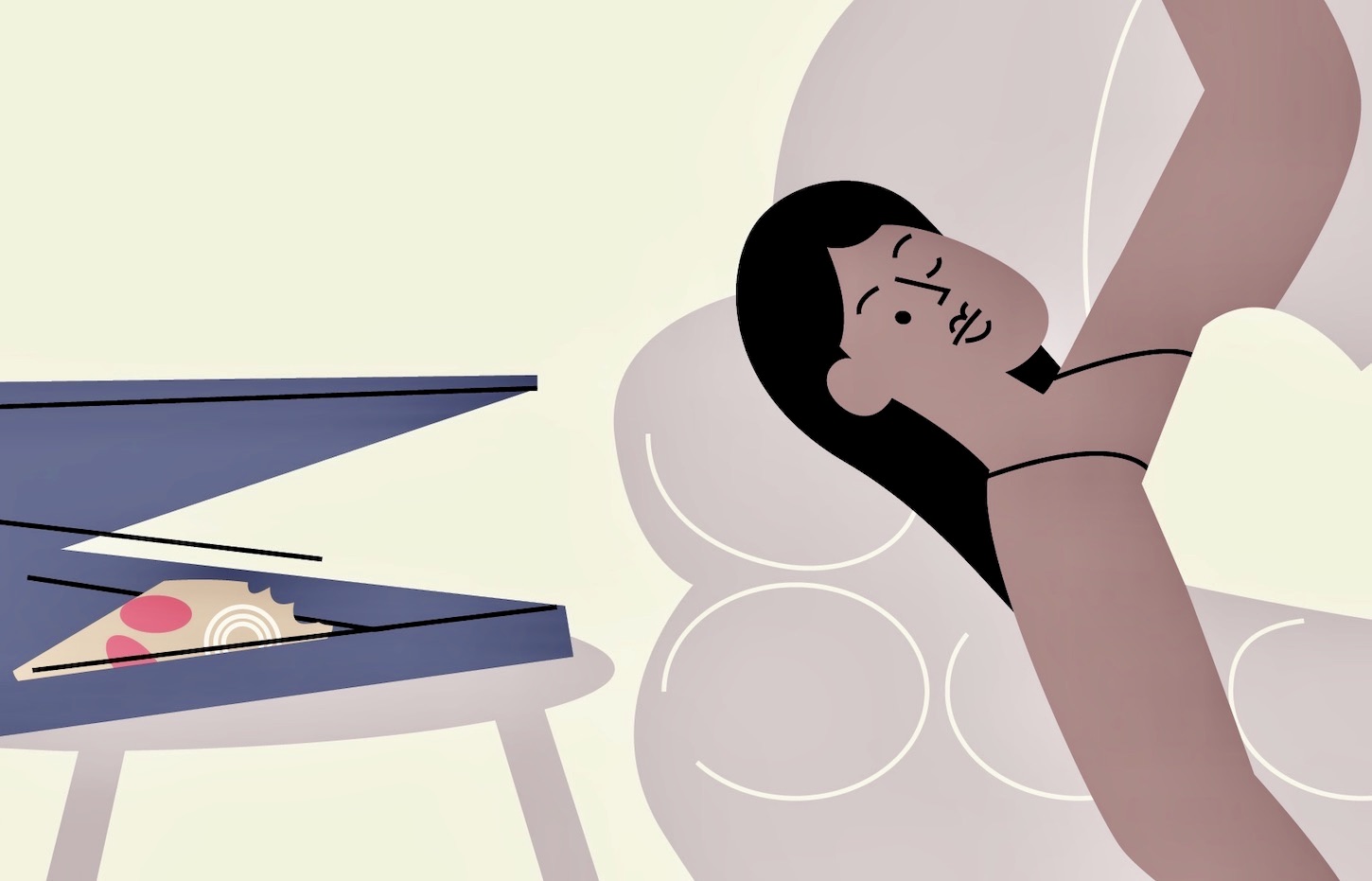 We’ve all done it, enjoyed a delicious meal only to nod off in a comfy chair for a while. For some of us, this is just a habit. But for others, it’s unavoidable. So what is it about food that can make us so sleepy?

When we’re eating, the stomach is producing gastrin, a hormone that promotes the secretion of digestive juices. As the food enters the small intestine, the cells in the gut secrete even more hormones (enterogastrone) that signal other bodily functions, including blood flow regulation.

But what does this have to do with sleepiness? Well, as we’re digesting our meal, more of our blood is shunted to the stomach and gut, to transport away the absorbed newly digested metabolites. This leaves less blood for the rest of the body and can cause some people to feel a bit “light-headed” or tired.

Still, the body is a lot more sophisticated than that; it doesn’t respond to food volume alone. What you eat is just as important as the size of your meal.

For many years now, researchers have been investigating the link between food and sleepiness, but from another perspective. If we understand more about people’s sleep patterns, we might gain insight into what causes some people to put on weight and develop diseases such diabetes and atherosclerosis (a disease of the arteries that develops with fat deposits in artery walls).

We’ve known for many years that meals with an imbalance of nutrients – that are rich in either fats or carbohydrates – are associated with feeling sleepy. But this is not the case when nutrients are balanced or the meal is rich in protein. And that leads to the burning question: what is causing this effect?

Scientists in Germany have documented that meals high in carbohydrates that also have a high glycaemic index (meaning they release sugar into the bloodstream quickly) cause an increase in the hormone insulin. Insulin promotes the absorption and use of glucose from the bloodstream after a meal. But it also allows the entry of a special amino acid (we get these from the digestion of proteins), called tryptophan, into the brain.

This is important as tryptophan is converted into another chemical in the brain called serotonin, a signalling chemical or neurotransmitter that can be associated with calmness and drowsiness, especially in children.

But does eating foods rich in the essential amino acid tryptophan, such as turkey meat, cottage cheese, tofu and bananas, automatically make you sleepy? Probably not, as it’s the insulin surge brought about by ingesting carbohydrates that will allow the tryptophan to enter your brain, along with some other amino acids.

An imbalance of nutrients – meals that are rich in either fats or carbohydrates – are associated with feeling sleepy.

Consuming a high-protein meal, on the other hand, will cause a lot of amino acids to enter the brain and will probably have a stimulant effect rather than a soporific one as the insulin released after eating stimulates their transport across cell membranes.

Cow’s milk drunk warm, often in the evening, for instance, is associated with sleepiness. But it’s the melatonin (a natural hormone that regulates our night or day rhythm) in the milk that can make us sleepy.

First identified in the 1950s, melatonin is a hormone secreted by the pineal gland under the brain. It’s mostly secreted at night, peaking around three or four in the morning. Melatonin acts on receptors in a part of the brain called the suprachiasmic nucleus (a cluster of cells) that triggers sleepiness as part of our sleep-wake cycle. Interestingly, melatonin is found in greater amounts in the milk of cows milked in night-time darkness, as opposed to in the daytime.

So overall, where are we now with our understanding of how food influences sleep? The short answer is that it’s complicated and we don’t yet fully understand it.

We know the gut hormones called enterogastrones, which are released when we eat, can influence blood flow. And that some of these hormones (especially one called CCK or cholecystokinin) can directly make us sleepy, probably by influencing the production of the neurotransmitter serotonin and melatonin.

We also know carbohydrates can promote the release of insulin after a meal, which may promote the actions of tryptophan on the brain, again via serotonin.

But to more practical matters: what should you do to avoid nodding off after a meal?

Here are a few suggestions: