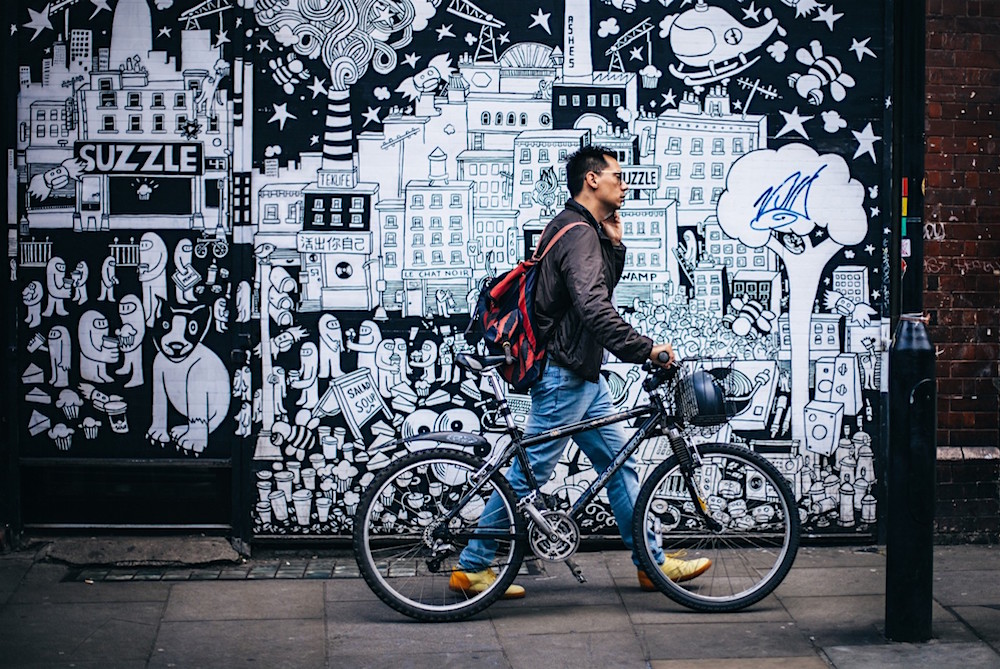 It seems the engineers at Ford Motor Company are as much focussed on two wheels these days as they are four, as the automotive giant has come up with a new inflatable bike design that allows it to be stored in the trunk of a vehicle.

However, based on the patent, only the bike’s frame is inflatable, keeping the seat, pedals, chain, handlebars and wheels a traditional design.

According to Ford, the frame is made up of seven rubber tubes connected together by valves. These valves allow the air to flow throughout the bike frame in order to inflate it and keep it rigid while in use.

In addition, the air in rubber tubes connecting the seat and back wheel can be adjusted as means of changing the frame’s suspension properties.

While an inflatable bike frame might raise concerns that it could easily puncture, Ford engineers insist this won’t happen as the rubber tubes were designed using special Kevlar sheathing, making it difficult for the frame to get cut, while the material is robust enough to support the weight of any cyclist.

“When inflated, the frame is sufficiently rigid to support the weight of the cyclist”, says Ford engineer Johannes Heinekens: “The inflatable segment that extends between the seat and rear wheel may also be inflated to a lower pressure to tune the suspension characteristics of the frame.”

The prototype suggests that a pump concealed inside the trunk of the vehicle provides the means for inflating the bike, but it can also be inflated using a standard pump as well.

It will be interesting to see if Ford does indeed follow through with its design. And, if so, how it will compete against the flood of existing folding bikes on the market that don’t involve such a cumbersome set-up.